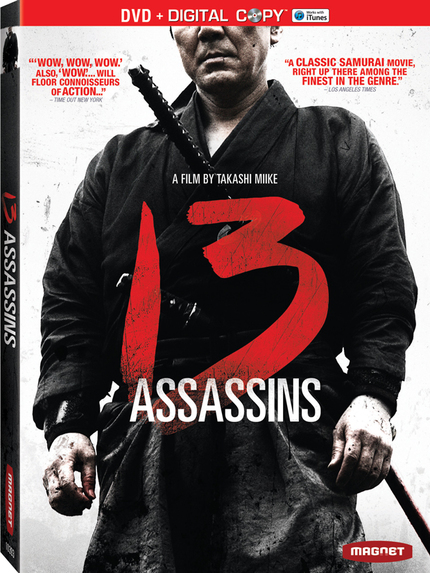 Contest winners. I got ALOT of entries. Sorting through them and making a decision took me an extra couple of days. You folks got wonderfully creative. And most of you stayed within the prescribed boundaries. A few included hunters (Predator) and just plain psychos (Norman Bates from Psycho). Sorry, but those aren't assassins.

Some of the other entries broke my heart. They would include Wilson from The Limey, Angelo Ledda from Memory of a Killer, or Raymond Shaw from The Manchurian Candidate but then falter by including boring or outright lame characters as well.

There was one must includes here for me; Anton Chigurh from No Country For Old Men. I was tempted to make Go-Go from Kill Bill a sticking point (Todd has always had a crush on the Go-Go) but refrained.

In the end I decided to go with a couple of entries that stretched the definition. You can argue with the final lists, neither one is perfect in my opinion but both bring to mind an incredibly diverse cross section of would be, stone cold, at times reluctantly murderous missionaries.

It should also be noted that these lists are pretty North American centric. That wasn't on purpose but I have to go with what I personally know in making a decision.

Here is my list of the 13 Greatest Film Assassins (in no particular order):

1. The Terminator (T-800 and T-1000 models) - Not that the Terminatrix didn't have a few tricks up her sleeve but these first two killing machines from the future set the bar incredibly high for the action genre and scared the crap out of audiences worldwide with their extreme determination to carry out a hit.)

2. Bruno Antoni (Strangers On A Train) - Due to his insanity and warped thinking, Bruno doesn't even realize that he wasn't actually commissioned to assassinate the promiscuous wife of his new "best friend" Guy Haines, but gets the job all the same.

3. Leon (The Professional) - The hitman with a heart of gold. How could you not root for a guy who saves an abused little girl, loves milk, loves his plant even more than milk, does a horrible John Wayne impersonation, puts on puppet shows with a pig oven mitt and is basically like a child when he's not carrying out hits? Plus he gave that evil Stansfield what he had coming to him.

4.Virgil (True Romance) - James Gandolfini's character doesn't get to carry out his hit, but the fight between him and Alabama is one of the most brutal brawls ever committed to film.

5. Ogami Itto (Lone Wolf and Cub series) - This character should be on everyone's list. Period. One of the most intense bad asses ever unleashed on audiences. When your father gives you a choice as a baby to either pick the life of an assassin or death, you know he means business.

6. Anton Chigurh (No Country For Old Men) - In my opinion, the scariest character the Coen Brothers have ever presented. I can't remember ever seeing a simple coin toss create so much tension. Plus, anyone with a haircut like that is probably not interested in making new friends.

7. Ken (A Fish Called Wanda) - Michael Palin is masterful as the stuttering criminal deployed to "rub out" the old woman who will soon testify against his boss in court. But it isn't until the animal loving hitman accidentally kills the old woman's three small dogs that she finally dies from a heart attack. It's not how he planned it but he still got the job done.

8. Reggie Jackson ( The Naked Gun) - Vincent Ludwig may think the best assassins are those that don't even know they're assassins but just about nothing ever goes right when Lt. Frank Drebin is around.

9. Clarence Boddicker (Robocop) - While storming into the home of Bob Morton and finding him with having a killer time with a couple of ladies of the night, Boddicker basically sums up his character by calmly uttering one of the greatest lines in any movie ever: "Bitches leave." Things go downhill for poor Bob quickly after that.

10. Dorothy Gale (The Wizard of Oz) - Dorothy and countless audiences may not realize it but when the great and powerful Oz tells you to bring back the broom of the Wicked Witch of the West, the only way to make that happen is over her dead green body. Dorothy proves that by assassinating the tyrant with a simple bucket of water.

11. Antoni Salieri (Amadeus) - When God laughs at you through one of the most talented composers of all time, shattering your accomplishments, what do you do? You make yourself out to be a sort of ghostly version of their dead father, commission them to write a requiem and then hound them about it until they get so sick that they keel over from stress and exhaustion. Not a traditional hit by any means but Salieri does truly believe he killed Mozart.

12. Kim Soo-hyeon (I Saw The Devil) - One of the most savage paybacks imaginable. Your pregnant fiance just violated, killed and chopped up. What's a good way to deal with that? Track down her killer, beat and torture within an inch of his life, stop, give him the means to recover somewhat, then do the whole thing over and over until you can guarantee that his family will know your pain. Sick perfection.

13. Beatrix Kiddo/The Bride (Kill Bill) - It's amazing how much Uma Thurman's character accomplished in between 'Wiggle your big toe" to the big showdown with Bill. Tarantino may always be remembered mostly for Pulp Fiction but the Kill Bill movies are easily his best work as a writer/director. It's difficult not to enjoy watching Thurman as an assassin slicing and kicking her way through a multitude of other assassins until she gets her man.