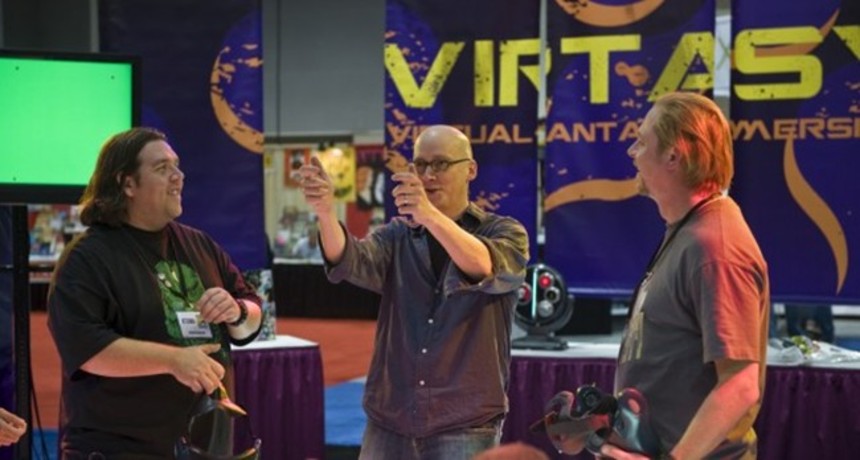 In an ordinary parking lot on a cloudy day in downtown Austin, Simon Pegg, Nick Frost, and Greg Mottola sat in folding chairs and talked to the press about their "geeks meets alien" comedy Paul, which would have its US premiere later that night in front of a packed house at the Paramount Theater. The film opens wide on Friday.

Twitch was invited to share in a round-table interview, along with a handful of other journalists. Here's my question, which came late in the 25-minute chat.

ScreenAnarchy: There's a grand tradition of American road movies. Did that play any part at all in what you were trying to accomplish?

Mottola: That's one of the genres we cross in this movie. Two of the films I watched, that maybe helped me the most, were Duel and Sugarland Express because there are a ton of roads in those films. And those were not big-budget movies.

[At an earlier point in the interview, Mottola noted that the budget for Paul, apart from the special effects work, was similar to that for Superbad.]

For instance, we had no second unit on this film. So all of our driving stuff had to be done by the first unit; we had to just fold it in on our shooting days. We were just like, "OK, we got the scene, [now] let's go and shoot some car stuff real quick."

It was one of those things where, if we didn't like how the sun came out, we weren't going to get another shot at it. The truth is, the car didn't do anything it was supposed to do. But I still liked it.

So, yeah, I looked at a lot of road stuff. I was looking at Easy Rider one day and the way they cut stuff; there are all these long montages while they're driving. Obviously, just looking at the camera work and how they put it together.

And while I was watching it, I was looking at this street, and I looked up -- because I was in the car with my assistant, who was driving me -- and it was the same street. Because we were shooting in this town called Las Vegas, New Mexico. There's this scene in Easy Rider where they're driving through a parade, and then there's the jail where they met Jack Nicholson, and it's all the same town, I mean, the same block we were sitting in.

Pegg: The scene around the fireplace is meant to be like Easy Rider, you know, the scene where they're sitting around smoking a joint. Easy Rider and Duel are a double bill on the theater marquee when we walk up the street with Paul dressed up as a cowboy, we were just about to pass by the courthouse where Jack Nicholson, Peter Fonda, and Dennis Hopper meet. So there's a big Easy Rider thing going on there, yeah.

[Another journalist asked a follow-up question about the road trip that Pegg and Frost took across America in preparation for the movie.]

Pegg: We live in a country where you can travel end to end in a day. There is no RV culture at home because you don't need one. You can get from a hotel in the south to a hotel in the north in a day, if you want, whereas America is the size of Europe and there are no borders. It's essentially 50 different countries, although you speak pretty much the same language and share a similar cultural heritage. It is a place where you can drive and drive and drive and it just blew our minds, didn't it?

Frost: Also, we're not new to America. Growing up in the 70s and 80s, all our cultural touchstones were American. In many ways we knew this country as well as our own. What we didn't know is how big it is, and also the geographical diversity of it, and how utterly beautiful it is.

We had a day called "Wow Day," where every ridge we went over was amazing. We have a place called the Lake District at home, which is a local beauty spot, and you can never be alone there. You get there and there are a thousand cars in the car park, but there were days when we were utterly alone in a landscape which, perhaps, no one else has looked at in 200 years.

Mottola: It's like the opening of 2001. The same shots. Then turn around, and Simon is eating a bone.

Frost: You do it every day, to be fair!

Pegg: We had an RV which was about a hundred times better than [the one in Paul] to do our trip. It was a modern, beautiful thing. We killed it in nine days. Imagine doing that in a cart.

Frost: With your family ... you don't know where you're going.

Pegg: It's amazing this country ever kicked off.

Journalist: As Americans, as kids, our parents took us on summer trips. I always got car sick and they didn't care.

Frost: Legs stuck to vinyl seats in the summer.

Pegg: In a covered wagon, that would be super difficult.

Chris Cargill (Massawyrm of Ain't It Cool News): It took a long time because we had a lot of people to kill along the way.

Pegg: You don't have to tell us about it! Hey, listen, our culture is founded on as much bloodshed as yours!

Cargill: Don't try and take that away from us!

On that note of general merriment, the interview concluded. But before my question came up, there were about 20 minutes of other questions and answers. Here's just a couple of them:

How do you seamlessly integrate pop culture references?
Pegg: It's not the sort of thing that's planned. We don't have a checklist of things to mention. Basically, our frame of reference is popular culture, so whenever we liken something to something else, all our similes or metaphors come from popular culture. So we go to a bar and it's sort of a little bit scary, and we'll go, "Oh, it's like the cantina [from Star Wars]." Or I was running away from these guys and it was like The Matrix." We go immediately to those touchstones in order to create our reference palette

That's why the references are there. There are more there, probably, than I realize. If we're making a film that has obvious progenitors, we don't want to pretend that we're somehow being original.

Frost: Graeme and Clive [their characters in the film] live in that world too. In many ways, their points of reference are ours. And we wanted to acknowledge that the film is a tribute to our love for this kind of cinema.

Were there any films that were of particular inspiration to you?

Frost: Close Encounters and E.T.  For Shaun, I know that Simon and Edgar [Wright] watched a lot of those kind of films,

For [Hot Fuzz], we watched a lot of action films because we had to learn the lexicon of action cinema so we could spoof it fluently in the context of a British village. It was taking on a grand cinema -- American action films -- and putting it in a different context.

With Paul, we felt like we already knew that kind of stuff. It was already in our subconscious.