Sundance 2011: Teaser And Clips From SHUT UP LITTLE MAN: AN AUDIO MISADVENTURE 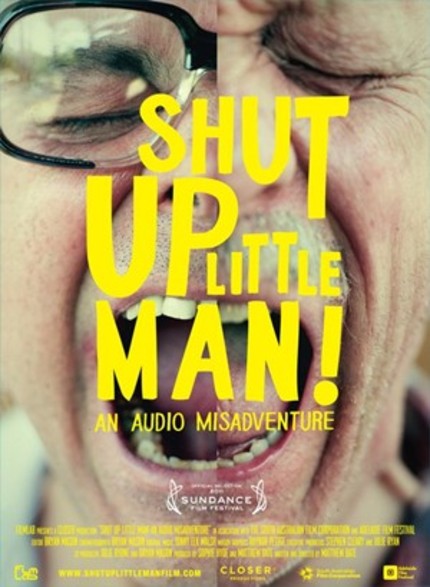 In 1987 Eddie and Mitch, a pair of mid-western punks, moved into a low rent San Francisco apartment, warned at the last minute that their neighbors could be a bit loud. That was an understatement.

Eddie and Mitch would soon be woken in the middle of the night by the wildly drunken shouting matches between their new neighbors Raymond, a violent homophobe, and Peter, a flamboyant gay man.

Woken night after night by the drunken ranting, what do Eddie and Mitch do? Do they move away? No ... they break out their recording equipment and capture hour after hour of alcohol fueled hate, splicing the results into cassettes dubbed for their friends.

And so an underground sensation was born, those recordings becoming a huge hit on the tape trading scene and inspiring comics, films and more. Shut Up Little Man is the story of those tapes, the men who made them, and the men whose voices drove the whole phenomenon. For a taste of what lies within check out the teaser and clips below. Be warned: The audio is not for young or professional ears.
Sign-In to Vote
Tweet Post Submit