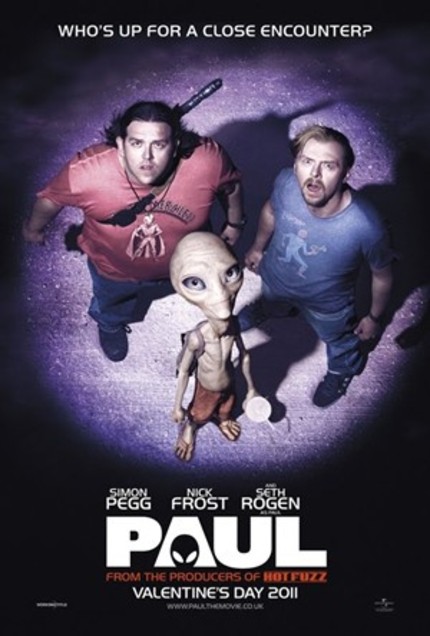 While I have a creeping feeling that Greg Mottola's Paul may meet a similar fate as Edgar Wright's Scott Pilgrim Versus The World - which is to say beloved by a vocal but ultimately fairly small group while ignored by everyone else - that doesn't make me any less eager to see it.

The full trailer for the Simon Pegg and Nick Frost starring road trip comedy is freshly arrived online, giving us our first really significant look at the duo interacting with the Seth Rogen voiced alien Paul. And it works. Pegg and Frost make for a great duo, their off screen friendship making for great on screen chemistry and while I don't think this looks to hit the level of their previous on screen pairings in Shaun of the Dead and Hot Fuzz it still looks plenty fun.

The trailer is exclusively on Yahoo UK for the time being. Head on over to check it out.
Tweet Post Submit