First Images Of Michelle Yeoh In Luc Besson's THE LADY 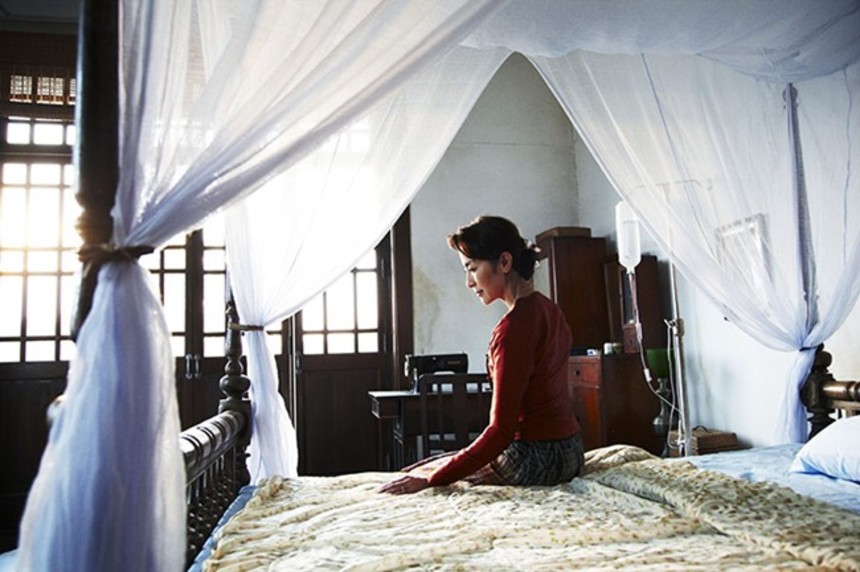 The Lady is not the sort of film that we've come to expect from Luc Besson. No, for his latest directorial effort France's leading producer of high octane action films is going the dramatic route. He's cast Michelle Yeoh and David Thewlis to star in The Lady, a bio-pic of Aung San Suu Kyi.

The 1991 of the Nobel Peace Prize, Aung San Suu Kyi has spent nearly fifteen of the last twenty one years under house arrest in Burma as a result of her peaceful protests of government policy. The Besson film seems to be staying away from the big picture of her life with the film, instead choosing to focus on the love story between the imprisoned political leader and her husband (Thewlis), a British academic who died of a terminal illness while Aung was held in Burma.

The Guardian has just posted the first four stills from the picture, one of which is above.
Tweet Post Submit

Find all the images here

More about The Lady