Arrow Video Announces THE BEYOND Blu And More!

J Hurtado
Editor, U.S. ; Dallas, Texas (@HatefulJosh)
Tweet Post Submit
I announced this here a while ago, but the news just became more official.  Arrow Video have posted the Rick Melton's custom cover art and specs for their world exclusive Blu-ray presentation of The Beyond.  In my opinion, this film is Lucio Fulci's masterpiece, and while some argument can be made for Zombie AKA Zombi 2 AKA Zombie Flesh Eaters, I think this one trumps it easily.  This new edition is due for release on Valentine's Day, February 14th, 2011, and would make a lovely gift!  Check out the awesome specs and great custom cover art!

THIS AMAZING EDITION CONTAINS:
- 4 option reversible sleeve with original and newly commissioned artwork
- Double-sided fold-out poster
- Collector's booklet featuring an introduction to the film by Eli Roth, director of 'Cabin Fever', 'Hostel' and 'Hostel Part II', 'Beyond Bombast' and an interview with Al Cliver by author and critic Calum Waddell as well as reprints of original Lobby Cards, stills and behind the scenes photographs from the collection of star David Warbeck.

Also recently revealed are the new custom cover art and specs for Women In Prison exploitation classic and Video Nasty, Bare Behind Bars.  Unfortunately, Arrow Video weren't able to pass this by the BBFC uncut due to some graphic unsimulated sex, but I still think this is worth a purchase.  The disc is due January 31st.  Check out the specs here and the custom art by Cinema Sewer's Robin Bougie below!

SPECIAL FEATURES:
- Available on DVD for the first time in the UK
- Reversible cover with newly commissioned and original artwork
- Collector's booklet illustrated with original artwork and stills featuring new writing on the film by artist and publisher Robin Bougie, creator of Cinema Sewer magazine, a periodical guide to the sickest and sexiest movies ever made!
- Double-sided fold-out poster featuring original artwork
- Original Trailer

Also on the list for the first quarter of 2011 is Nico Mastorakis' classic, unrelentingly brutal Video Nasty, Island of Death, this time, presented completely uncut!  In an awesome turn of events, some proposed, unsolicited art from AV regular Rick Melton was received so well by the Cult Labs forum members, it was accepted as official!  We don't have specs on this disc yet, but I can show you the cool art work.  Island of Death is due March 21st, 2011. 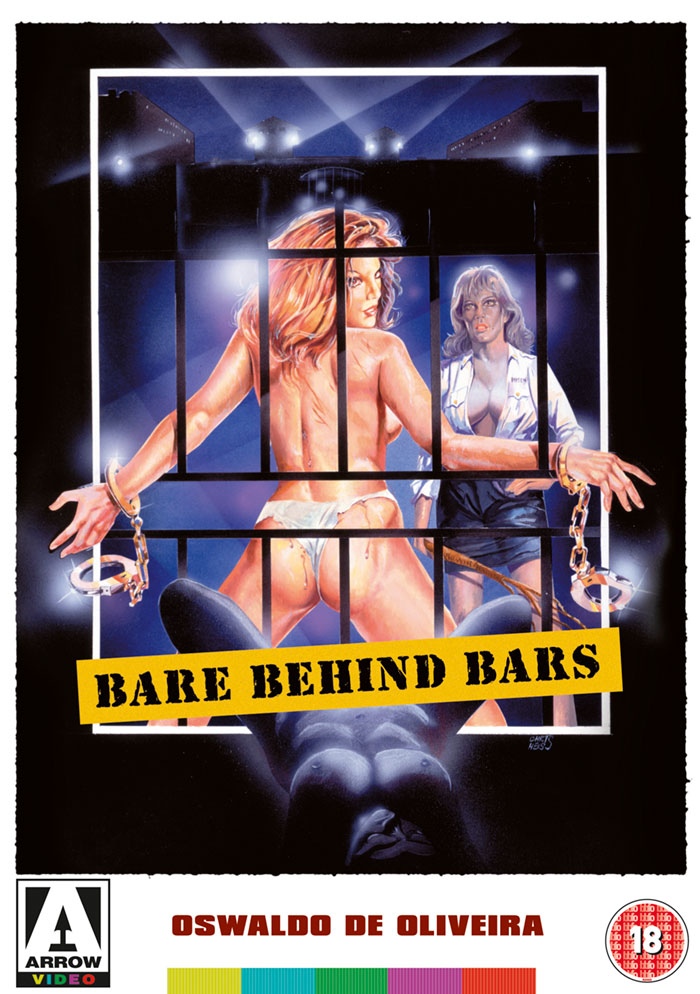 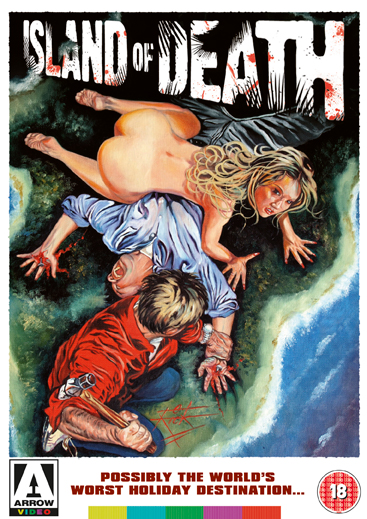 Pre-order Arrow Video's The Beyond Blu-ray at Amazon UK!

Pre-order Arrow Video's The Beyond DVD at Amazon UK!