Like A Caged Rhino That Hasn't Been Fed In Weeks, The Trailer For Uwe Boll's BLUBBERELLA Smashes Boundaries Of Good Taste. 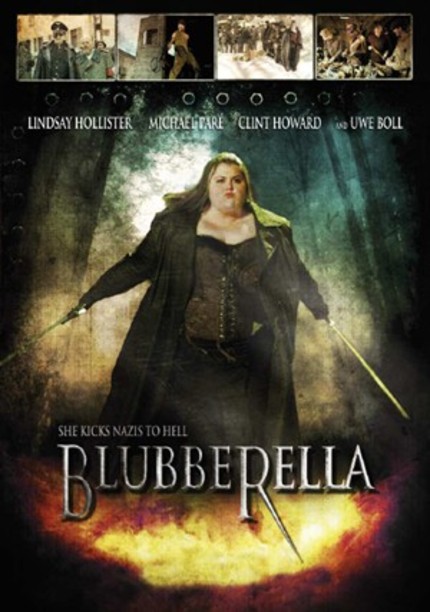 There has been a great deal of speculation about whether Uwe Boll's Blubberella is, in fact, an actual movie or just an elaborate prank. It's the sort of conversation that you'd expect the film's trailer to put to rest, but nope. Because, you see, while Boll has openly acknowledged that he made this one - as well as Auschwitz - on the back of Bloodrayne: The Third Reich, keeping costs down by reusing sets, the trailer goes a good bit farther than that by reusing a hefty amount of actual Bloodrayne footage.

But enough of that. Whatever this may actually be we now have footage of Boll's fat, female superhero. Which may seem like a crass way of phrasing things but it's how the good doctor himself has chosen to sell it. Watch the trailer below if you dare.
Tweet Post Submit

Thanks to Stefan at Equilibrium for pointing it out