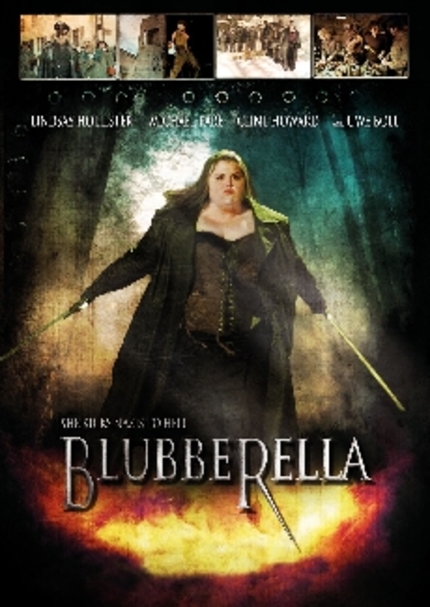 My apologies for the dodgy image quality on this one but that does appear to be all that's available on this one.

Tucked away in the American Film Market listings for Uwe Boll's Boll AG comes word of a new project for the director, by my count at least his third directorial effort of the year along with Bloodrayne: The Third Reich and Auschwitz. This one? Horror comedy Blubberella. The pitch?

The first female fat superhero ...
She will kick major ass - with her major ass ...

All the BLOODRAYNE fans will love that movie!


Bear with me on this but I actually think that this is the sort of film that plays to Boll's strengths. When his stuff doesn't work it is almost always - at least in part - because it takes itself far too seriously but when he plays for comedy - see Postal - it turns out that the guy's actually got really good timing and a screw you mentality that leads to some solid laughs. Lindsay Hollister, Michael Paré, Clint Howard, and Uwe Boll himself star.
Tweet Post Submit