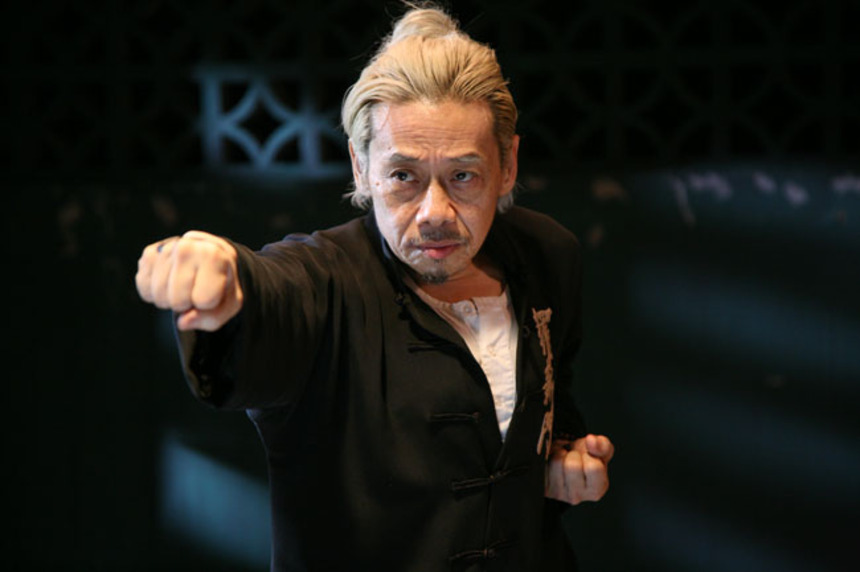 The 2010 Toronto Reel Asian International Film Festival will celebrate its 14th year as Canada's longest-running and largest showcase of contemporary cinema by East Asian and Southeast Asian moviemakers from Canada and around the world. From November 9 to 15, 2010, the festival will present more than 50 films and videos from 12 countries, including Taiwan, South Korea, Japan, China, Hong Kong, the Philippines, Canada and the U.S.

The festival is starting with an advanced screening of Ip Man 2, but the big gala opener is ScreenAnarchy favourite Martial Arts Feel Good Comedy Gallants starring a host of old school kung fu veterans, not the least of which is Bruce Leung (Recently seen as Kung Fu Hustle's villain) and the iconic Teddy Robbin (who is used here to magnificent effect (and pictured above) as the brusque and womanizing Martial Arts Master.)

Japan -- DEAR DOCTOR by Nishikawa Miwa, winner of more than 21 awards in Japan, including the Japanese Academy Award for Best Screenplay (2009)

SPECIAL PRESENTATION: SUITE SUITE CHINATOWN -- a new commission of works by Chinese Toronto-based directors on the theme of "Chinatown," with new music and a live performance by the Mary Ward Secondary School Stage Band

SPOTLIGHT PRESENTATION: KOJI YAMAMURA -- MASTERY OF THE FORM
Oscar-nominated Koji Yamamura (FRANZ KAFKA'S A COUNTRY DOCTOR), one of the most successful animation filmmakers in Japan today, will be giving a master class as part of the Industry Series, followed by a screening of selected works.