Getting an Orgasm from Integral Calculus: Trailer for RITES OF LOVE AND MATH 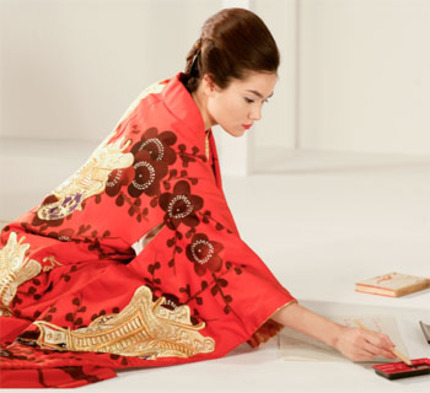 Three subjects that are more linked than one might expect, love, passion and mathematics, The Rites of Love and Math is what happens when you combine a Berkeley Math and Physics professor and a French filmmaker (Edward Frenkel and Reine Graves, respectively) who both love Japanese Cinema.  Their beautiful combined effort, a 26 minute short is playing at the 2010 edition of Sitges, and is simply gorgeous looking.  See the trailer below.

A film about the beauty of Mathematics, a Mathematician has a secret love affair with a beautiful Japanese girl, Mariko. At midnight, he comes to her place and tells her about his predicament. Having realized that they are seeing each other for the last time, they make love more passionately than ever before. And then the Mathematician tattoos the magic formula on Mariko's body. They both know that this is the last time they are seeing each other. Afterward their love will live in this formula engraved on her beautiful body...

Rites of Love and Math is homage to the rich and exquisite aesthetics of the short film Rite of Love and Death (also known as Patriotism or Yukoku) by the famous Japanese writer Yukio Mishima. That film, made in 1966, was banned for almost 40 years after Mishima's death, but it came back on DVD in the Criterion Collection in 2008.

Do you feel this content is inappropriate or infringes upon your rights? Click here to report it, or see our DMCA policy.
Edward FrenkelReine GravesKayshonne Insixieng MayShortDrama

More about Rites of Love and Math