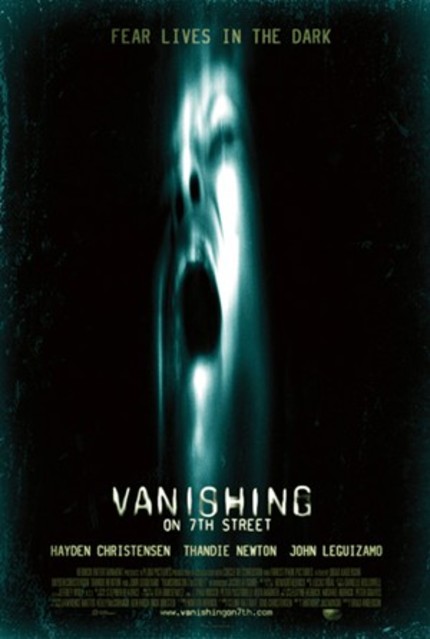 Hot on the heels of yesterday's post about Brad Anderson's Midnight Madness selected thriller Vanishing On 7th Street, today the first trailer was added to the film's official website.

It strikes me very much as an Anderson film, which means smart but tricky to market, though with a touch more accessibility than normal for him, perhaps thanks to his lengthy stint directing episodes of Fringe for JJ Abrams. Something about the whole concept of making the dark itself the enemy actually strikes me as being particularly Fringe-y.