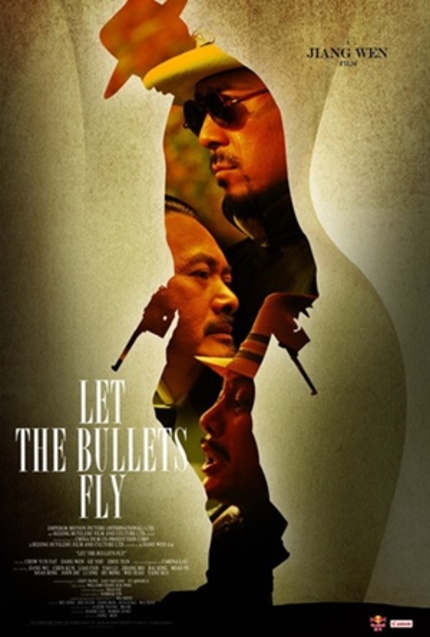 When last we had word from Jiang Wen's Let The Bullets Fly the word was bad - the film had been delayed enough that it was going to miss the fall festival season - but now it's back with something better: The first proper trailer.

Chow Yun Fat stars in this one and while the rock and roll soundtrack is a bit jarring when placed against the richly detailed period visuals, those visuals are still pretty damn fantastic. It's good to see Chow involved in some good, old fashioned gunplay again.

Check out the synopsis and the trailer below:

Set in China during the warring 1920s, notorious bandit chief Zhang descends upon a remote provincial town posing as its new mayor, an identity that he had hijacked from Old Tang, himself a small-time imposter. Hell-bent on making a fast buck, Zhang soon meets his match in the tyrannical local gentry Huang as a deadly battle of wit and brutality ensues.