MERANTAU + MACABRE = THE NIGHT COMES FOR US 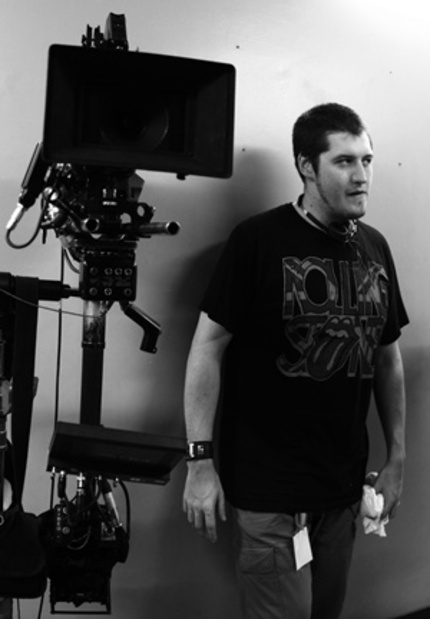 Earlier today Timo Tjahjanto - one half of Macabre's Indonesian directing duo The Mo Brothers - sent out an intriguing Tweet announcing that he and Gareth Huw Evans had begun work on a new collaborative project titled The Night Comes For Us.

Evans, for those unfamiliar, is the unimpressed looking man to the left - sorry Timo, I don't have a photo of you handy - and also the writer-director of Indonesian martial arts hit Merantau.

See why this is intriguing? Two of Indonesia's brightest young film talents working together for the first time is definitely something that catches the attention.

Though the film is still so early that they're not willing to give up much in the way of specifics, Evans has offered a few more details. The Night Comes For Us will be neither a martial arts film nor a horror picture, which with a title like that leaves me concluding that it must be some sort of thriller. It is in English and set in the UK and apparently being written with a specific cast in mind. In terms of scheduling, don't expect it any time soon. Tjahjanto is currently wrapping the script on a new Indonesian-Japanese thriller that is expected to be the new Mo Brothers project while Evans is currently working out the fight choreography for his upcoming fight feature Berandal so the earliest this will come will be after each has finished their current projects.
Tweet Post Submit