I AM NOT YOUR FRIEND Review 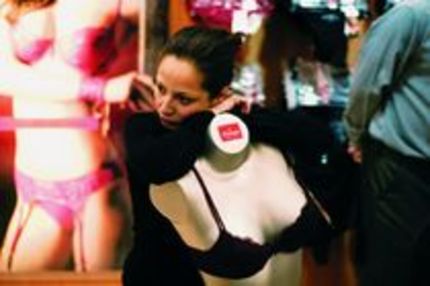 György Pálfi, the man responsible for the subdued murder mystery Hukkle, and the grotesque, Eastern Bloc artistry of Taxidermia, returns with I Am Not Your Friend, a Soderberghian exercise in low budget improvisation.

The film follows a small group of strangers living in Budapest as they lie, cheat, breakup, makeup and deceive; their lives interweaving with one another like Paul Haggis' Crash. The level of coincidence on display in Friend rivals that film, but this is not meant as fodder for Haggis detractors. The tone of Palfi's film is darkly comic, and his choice of subject matter not nearly as heavy handed.

The Soderbergh comparison is a more appropriate one. Palfi has established himself as something of a chameleon, producing three very different films in his short career. But unlike similar Soderbergh creations (Bubble, The Girlfriend Experience,) I Am Not Your Friend cannot be faulted as emotionally distant, even when some of its characters are.

In fact, most of the characters are in some way emotionally vulnerable, whether they manifest that need through manipulation of others or some sad form of sexual codependency. Like the title infers, you don't have to like someone to love them. Hence, there are no friendships in this film. Only heartache.

I Am Not Your Friend is down and dirty filmmaking, its verite style the antithesis of Taxidermia's polish and scope. Shot on the fly, the director and actors make it up as they go along, managing to deliver a surprisingly convoluted series of relationships in the process. The actors, most of them amateurs, are consistently naturalistic, and come across as real-life jerks. The film doesn't have the visual inventiveness of Taxidermia or Hukkle, but does reinforce what a diverse talent Palfi is.

Because of that diversity, it is hard to determine where Palfi's career will take him next. Based on his track record, It could very well be uncharted territory. I Am Not Your Friend hasn't made much of a splash here in the states, but  I feel like Palfi's international cred is growing. It's only a matter of time before someone with money takes notice and tries to lure him to the dark side. Hopefully he is strong enough to resist.
Joshua Chaplinsky is the Managing Editor for LitReactor.com. He has also written for ChuckPalahniuk.net.

I Am Not Your Friend

More about I Am Not Your Friend