French Trailer for FROM PARIS WITH LOVE is NSFW, yet Funny as Hell! 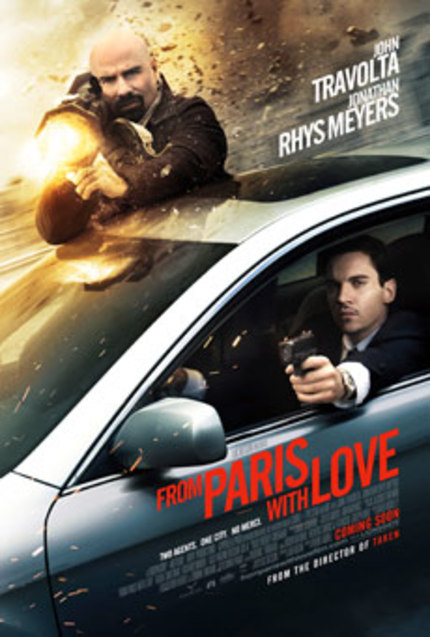 John Travolta as a foul mouth, take-no-crap, loose cannon with the tendency to lashed out violently at the drop of the hat in slick fashion? Yeah baby!  Now that's what I'm talking about.  The french trailer for Pierre Morel's action film From Paris with Love has arrived on Allocine and its hilarious.  A second US trailer also turned up but its not as lenient on the coarse language in comparison.  Not since Face/Off that I had so much fun watching Travolta go crazy.  Its hard to imagine this is the same director who will be taking on the reins of the new Dune film.  There is nothing I seen Morsel done before that really screamed Dune in my opinion but who knows, he might pull it off.

It arrives in North America on February 5th and in France on 17th.  You'll find the French trailer (NSFW for excessive profanity) and the second US trailer embedded below.

More about From Paris with Love