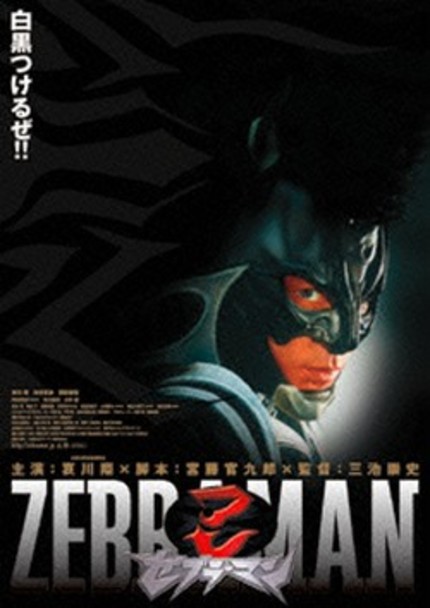 Now, if they called martial law "Zebra Time," and the orders came from a mucho kawaii 20 year old girl named "Zebra Queen," maybe we'd even allow evil organizations to fulfill their aspirations of world domination. It's the year 2025, and our Zebraman Ichikawa Shinichi seems to have lost all his memories, but presented with his fiercest foe to date and the prospect of losing to the forces of evil, he finds out his superpowers haven't gone away.

Coming six years after his zany, lovely ゼブラーマン (Zebraman), Miike Takashi's sequel brings back Aikawa Sho as the titular superhero, in what will mark the 25th anniversary of his acting debut. Bringing back the original's writer, Kudo Kankuro, Zebraman 2 (emphatically subtitled "Zebra City Counter Attacks") will also star Abe Tsuyoshi, Inoue Masahiro, and Naka Risa as the aforementioned world dominating-kiddo. Release is set for May 1st 2010, and the official website is already open.

So it's zebra time, indeed.