FUNimation Takes CITY UNDER SIEGE & ZEBRAMAN 2: ATTACK ON ZEBRA CITY In The US 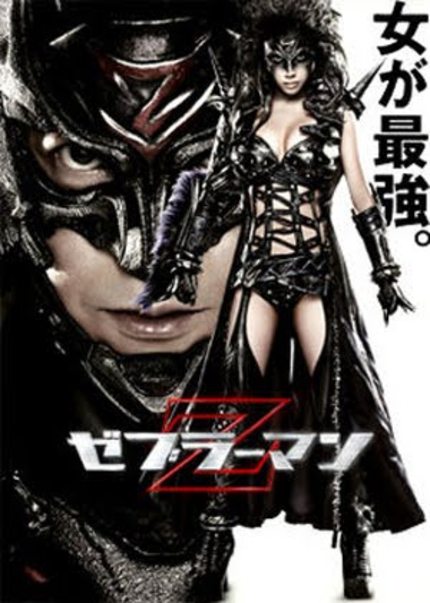 Today FUNimation announced the acquisition of two big titles for release in the US.  First is Zebraman 2: Attack on Zebra City, the sequel to his superfun superhero classic from 2004, and the second is Benny Chan's City Under Siege, details follow.

This is the first Miike title licensed by FUNimation, and it bodes well for the film's ultimate presentation, as FUNimation have a wonderful track record with live-action home video. The film will be shown at the 10th annual Asian Film Festival of Dallas in what, as far as I can tell, will be its US premiere.

Flower Mound, TX (June 11, 2011) - FUNimation® Entertainment today announced it has acquired the rights to distribute the live action film, ZEBRAMAN 2: ATTACK ON ZEBRA CITY, in the U.S.  Directed by Takashi Miike (ICHI THE KILLER) this film is a sequel to the 2004 film by the same director.

About ZEBRAMAN 2: ATTACK ON ZEBRA CITY

Let's get ready to fight!

By 2025, fifteen years after Zebraman defeated the Aliens, the world has changed entirely.  While Zebraman has lost his memory and is in a rehabilitation facility, Tokyo has renamed itself Zebra City, and has instituted a "Zebra Time" starting at 5:00 AM/PM for 5 minutes in which the government allows the Zebra Police to attack any and all presumed criminals.  One Zebra Time results in the attempted murder of ex-teacher, Shinichi Ichikawa, also known as Zebraman.  Surviving the attack, he meets other survivors of Zebra Time who plan to revolt against the new fascist system lead by the mysterious Zebra Queen.  Ichikawa finds himself teaming up with television's fake Zebraman and a young protege to save a mysterious little girl from Zebra Queen and her Zebra Police.  Will Ichikawa regain his memories and realize he's Zebraman in time to stop Zebra Queen before she can use the strange aliens from 2010 to bring Zebra Time to the whole world?

FUNimation will offer the film on Blu-ray and DVD later this year.  ZEBRAMAN 2: ATTACK ON ZEBRA CITY will also be shown at the 10th Annual Asian Film Festival of Dallas in July.

Benny Chan's City Under Siege marks FUNimation's first foray into modern Hong Kong action cinema.  They've released a few classic Shaw films on DVD, but the majority of their live action material has been Japanese. This film, also, will be having its US premiere at 2011's AFFD, sometime between July 14-21.  AFFD has teased several very impressive titles already, and this one fits right in.  Here's FUNimation on City Under Siege.

Flower Mound, TX (June 11, 2011) - FUNimation® Entertainment today announced it has acquired the rights to distribute the live action film, CITY UNDER SEIGE, in the U.S.  This 2010 Hong Kong science fiction action film, directed and co-written by Benny Chan (New Police Story, Fist of Fury, and Heroic Duo), follows a group of circus performers who go on a rampage after accidental exposure to chemical gas left by the Japanese army in WWII grants them superhuman abilities.

FUNimation will offer the film on DVD and Blu-ray early next year.  The film will also be shown at the 10th Annual Asian Film Festival of Dallas in July.

Visit FUNimation online to keep up to date

Check out the homepage for the Asian Film Festival of Dallas, soon to be updated, and keep an eye out here for the full schedule