The Road To Salvation Is Paved With Blood: First Look At The Second Trailer For Hong Kong Epic BODYGUARDS AND ASSASSINS 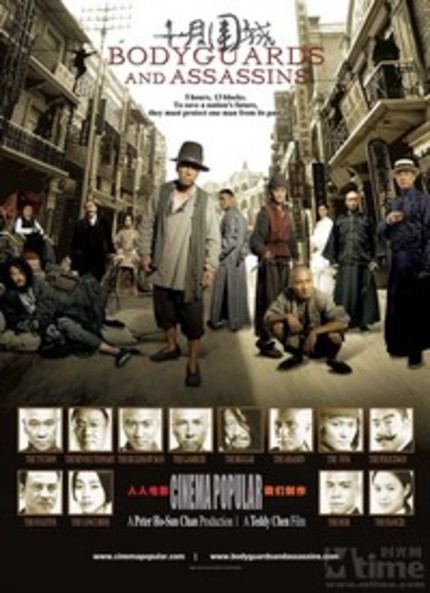 Time for a bit of excitement about Teddy Chen's Bodyguards And Assassins?  Why, yes, I think it is.  The massive scale epic which saw an enormous full scale replica of turn of the century Hong Kong built in mainland China stars virtually everyone who matters in current Hong Kong cinema as it sets out to tell the story of a group of martial artists trying to protect Dr. Sun Yat-sen - considered the father of modern China - from assassination.

1905, City of Victoria (British Colony of Hong Kong)
In the distance of thirteen blocks, the one man who holds a nation's fate must survive relentless attempts on his life with only eight bodyguards to protect him. Against hundreds of assassins, these men must put their courage to the test in order to protect the hopes of millions in this perilous night even if it means fighting to the death...

With the film slated for a December release we are now deep into the publicity campaign, with every successive teaser and trailer improving upon the ones that came before and now we have an English subtitled version of the second full trailer of the film.  Gorgeous.  Sumptuous.  Loaded with action.  Stop what you're doing, turn up the volume, pop it up in to full screen mode and enjoy.