Go Behind The Scenes With The Villain Of BODYGUARDS AND ASSASSINS 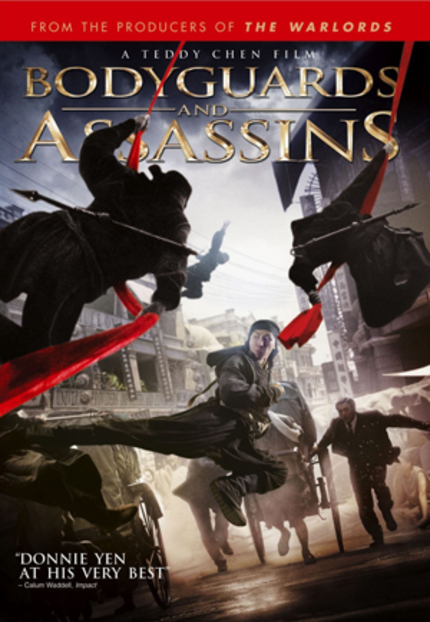 Indomina Releasing will be dropping their DVD issue of Teddy Chen's Bodyguards And Assassins on to US shelves on July 26th. As a bit of a tease for the upcoming release they have just launched a behind the scenes interview piece with lead villain Hu Jun, commander of the titular assassins.

1905, City of Victoria (British Colony of Hong Kong)
In the distance of thirteen blocks, the one man who holds a nation's fate must survive relentless attempts on his life with only eight bodyguards to protect him. Against hundreds of assassins, these men must put their courage to the test in order to protect the hopes of millions in this perilous night even if it means fighting to the death...

Based on the true story of Dr Sun Yat-Sen - considered the father of modern China - Bodyguards And Assassins plays out on such a grand scale that director Teddy Chen and producer Peter Chan built an enormous, full scale standing set of turn of the century Hong Kong to shoot it in. Donnie Yen, Cung Le and a host of others feature in the all star cast. Check the video below.
Sign-In to Vote
Tweet Post Submit