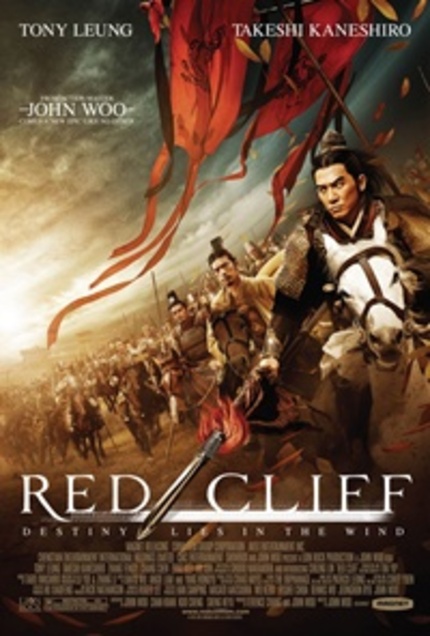 Full marks to the marketing team at Magnolia / Magnet.  The nailed it with their poster artwork for John Woo's Red Cliff and they've just unleashed an equally impressive trailer for the sprawling epic.  Purists will, no doubt, be irked by the fact that they're releasing the single film version of the epic rather than the Asian two-film version but given that Woo was directly involved with creating this version and that those I know who have seen both are all firm in their opinions that the single film version is actually superior - not a surprise given the bloat of the two film version - I've got no problem with it.  Head over to Apple to check out the trailer.
Sign-In to Vote
Tweet Post Submit