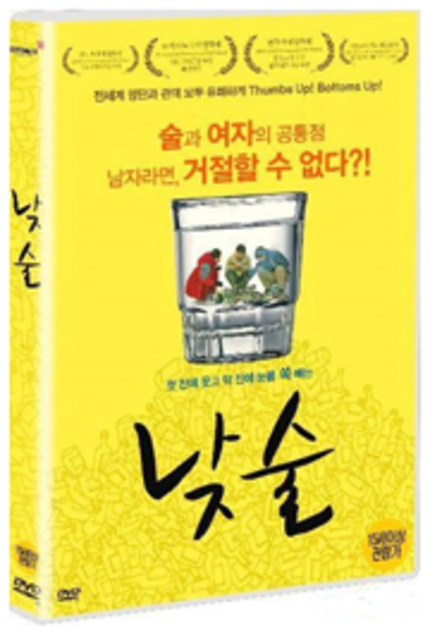 Noh Young-seok's road movie, Daytime Drinking, is now available for pre-order. Shot on HD for a piddly ten grand, this leisurely-paced black comedy, whose title refers to Korea's national pastime, follows the mishaps of a fellow (Hyeok-jin) who embarks on a trip to the countryside after being dumped by his girlfriend. After much heavy drinking with four of his friends, the group agrees to go together with Hyeok-jin to the boarding house of a college friend, but things go awry when his drinking buddies end up too sauced to accompany him. Noh's budget indie film has played at some dozen festivals, including last year's Toronto Film Festival, and has picked up a couple awards along the way. The DVD will be on retailers' shelves by May 30th.