CITY OF LIFE AND DEATH Review 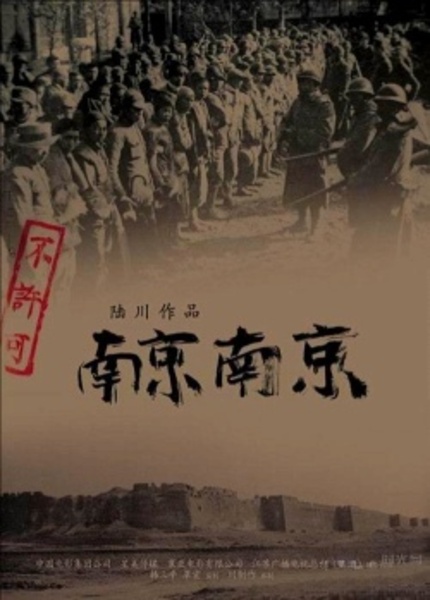 When I found this review in our forum I had no choice but to move it to the main page. It's not the first time that loyal forumer Eight Rooks wrote something of such high quality that we just had to put it up here for all to see, but this time he's in even better form than usual.
His review of "City of Life and Death" is... well, read for yourself.
The stage is yours, Eight Rooks:


CITY OF LIFE AND DEATH

The Rape of Nanking remains one of the most notorious war crimes in history, taking place over several weeks during the Second World War from late 1937 to early 1938 when the Japanese army captured the then Chinese capital. After entering the city the Japanese troops are widely held to have embarked on a period of sustained atrocities against the survivors, looting, raping, carrying out summary executions and wholesale massacres of both prisoners of war and the civilian population. Debate over the precise number of casualties, the nature of the alleged atrocities and the reliability of various witnesses continues to this day; while few Japanese deny anything happened at all, their government has yet to issue an official apology and those right-wing factions who insist the Nanking “Incident” remains a fabrication concocted by the Chinese do command some level of political backing.

With this in mind, one could be forgiven for going into "City of Life and Death" with some pretty strong preconceptions. Mainland Chinese domestic cinema is not short of blatant propaganda demonizing the country’s aggressors; something like "On The Mountain of Taihang" is enough to make Michael Bay look like a paragon of subtlety, and even Feng Xiaogang’s "The Assembly" is easily interpreted as a strident call to arms. City… dramatizes a period in history only (very) vocal niche concerns insist never took place, where compelling evidence suggests thousands of people suffered appalling brutality on a daily basis. Surely this provides some excuse for the expected syrupy melodrama, stoic nationalist sermonizing and outpouring of collective grief?

Yet startlingly, "City of Life and Death" aims much higher than this.

(continued after the break...)

Director Lu Chuan ("The Missing Gun", "Kekexili") is neither a mouthpiece for the party line nor a firebrand, his previous two films showing a keen eye for the drama, the black humor and the visual poetry in the day-to-day realities of life in two very different environments under the influence of the Communist regime. "The Missing Gun" followed a single rural policeman trying to find the titular weapon he misplaced and the escalating consequences of his forgetfulness. "Kekexili" adapted the true story of the volunteer patrolmen hopelessly over-stretched guarding one of the most remote regions on Earth and the poachers who attempt to outwit them.

"City of Life and Death" broadens the director’s scope to take in a far larger cast, some based on real people, some imagined, from Nazi businessman John Rabe (who helped establish a “safety zone” in the heart of the city and saved countless refugees in the process) to a Chinese resistance fighter leading a beleaguered band of rebels, to a Japanese officer slowly falling apart under the impact of the horrors he stands witness to day by day. A further surprise; unlike previous mainland period pieces, or even recent films dealing with the Nanking Massacre such as the German production "John Rabe", it is a true ensemble piece, no-one relegated to a cipher, flower vase or stereotype.

The different stories necessitate some degree of skipping from thread to thread, with major sequences bookended by title cards in the form of postcards from the city. The first stretch is almost deceptively low-key. The opening scenes can be confusing to anyone not schooled in the period and even when the film finds its rhythm there is a feeling of familiarity. An early battle sequence is terrifically directed (comfortably eclipsing "The Assembly") yet can’t help but reinforce the impression this is safe ground.

And then the action winds down (it is in fact the only such sequence), and the film transitions brilliantly, terrifyingly, into the real meat of the narrative. So much public outrage over the legitimacy of modern military conflict centers on the legality of either side’s actions, the assumption that thousands of heavily armed men are going to behave themselves around defenseless non-combatants because this is the only human thing to do. Nanking, like Bosnia or Rwanda after it, entertained no such niceties. The foreign nationals who established the Safety Zone had to plead their case to the occupying Japanese forces day by day, which still did not stop troops from breaking in on a whim to carry off more victims, many of whom never returned. Outside the Zone was hell, by all accounts, with John Rabe and his compatriots able to do little other than document the atrocities.

City of Life and Death’s depiction of these terrifying weeks features some of the most harrowing images ever committed to film. While rarely explicit – this is far from the exploitation cinema of "Men Behind The Sun" and its ilk – the film hammers home that from this point onwards, all bets are definitely off. The massacres, with thousands of helpless Chinese machine-gunned on an industrial scale, are genuinely shocking for all their relative lack of gore. Even the more character-driven, quieter moments can still reinforce the creeping realization no-one is safe; a later sequence with women volunteering to sacrifice themselves into prostitution for the Japanese soldiers, or the aftermath of Rabe’s eventual departure from the city in the final reels, are so emotionally draining as to border on unwatchable.

Yet for all this the film never judges, never resorts to didactic life lessons or swelling strings in the background. There is plenty for the Communist regime to approve of – the main Japanese viewpoint is an obvious cry of “What have we done?” – but City… is a world away from the poisonous caricatures of, say, "Ip Man". Lu Chuan switches from the massacres to the mundane (scenes of the Japanese troops relaxing as they practice for the ceremony to mark their occupation of the city) and does this with a calm assurance that puts the viewer in mind of Bong Joon-Ho ("Memories of Murder", "The Host"); few directors today can manage to temper absolute horror with such wry black humor.

The film is noticeably short of perfect. The pacing in the opening sequence can seem somewhat intimidating, with some background left unexplained and the title cards difficult to read. Though the sets are rarely less than stunning – the opening battle sequence uses the blasted cityscape to tremendous visual and dynamic effect – the monochrome cinematography is a little too drab and would have benefited from a sharper color palette with clearer blacks and markedly less grey. The acting hits some unbelievable high notes, particularly from Liu Ye as the resistance leader and comedian Fan Wei as a collaborator with the Nazis in the Safe Zone. Nonetheless, Hideo Nakaizumi as Takada, the Japanese lead, is markedly outclassed. While never jarring or overplayed his performance is simply not up to carrying what is admittedly a fairly obvious stand-in for an entire nation’s act of contrition.

Nonetheless, "City of Life and Death" is a revelation, comfortably proving mainland Chinese film is more than capable of keeping the Communist regime happy while still producing absolutely terrific cinema. While it is uncertain if this reflects any kind of change in policy from the party or their censors, it is worth noting Lu Chuan received multiple death threats for City’s refusal to demonize the Japanese, yet a member of the Politburo personally intervened to keep the film in theaters. For those viewers who feel they’re up to some of the most heartbreaking cinematic set-pieces in recent memory without the possibility of Hollywood redemption, or exploring the furthest extremes of terror and desperation without resorting to flooding the screen with gore, "City of Life and Death" ranks among the finest films ever made and comes hugely recommended.


Thanks, Eight Rooks! Much appreciated, and I'll strive to see this as soon as possible...

More about City of Life and Death