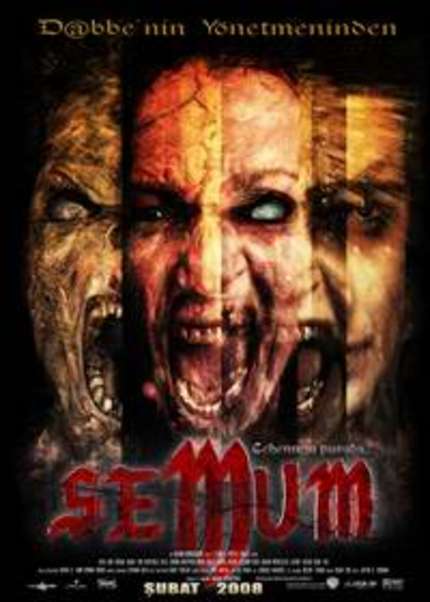 Turkish horror film D@bbe turned a lot of heads in 2006 thanks to the way it fused a sort of Kiyoshi Kurosawa J-horror sensibility with Islamic mythology. The film did big business in its homeland, more than enough that the expectation was that young writer-director Hasan Karacadag would move directly into production on a sequel. This has ended up not being the case ... Karacadag IS currently wrapping production on his sophomore film but it is not connected to his initial success. Titled Semum the film once again draws on Islamic mythology and demons as its inspiration but we know little beyond that. A first teaser has arrived - and is available in English, no less! - and while it shows very little actual footage from the film what is included makes it pretty clear that Karacadag had a better budget to work with this time and the cinematography is a good bit better while also indulging Turkey's traditional campy edge. You'll find the teaser in the ScreenAnarchy Video Player, embedded below the break.