I found some wonderful geeky gear from JCRT and Creepy Co. that make great, last-minute gifts for friends and family.

JCRT makes their own clothes to order and first made a splash with horror fans with their bright colored Universal Monster Hoodies. I've worn mine steadily for a couple of years now and have to say it's one of my go-tos whenever I need to stay warm but want to stand out a little. It features a grid of images, like the burning windmill from Frankenstein, a closeup of the cane head from The Wolfman, and other lesser known bits of iconography from the Universal Monsters universe.

The thing I love most about it, besides its comfort and durability, it is that people tend to stare at it awhile before they figure out what the images came from. When they figure it out, their faces light up, like they've been let in the door of some secret monster clubhouse. My old hoodie was a zipup, this one is a pullover, and while I generally prefer the convenience of a zipup, I have to admit the pullover is growing on me.

Some of JCRT's designs have more to do with color than specific imaging from different film and/or album covers. Such is the case with the Wolfman Plaid flannel long sleeve shirt. I'm not sure exactly why this is inspired by The Wolfman, as it features a far brighter palette than I would normally expect. But it is a flannel (think furry) and could be construed as a fall-ish item or something you might happen to be wearing during a late-night walk in the woods. I'm not sure I care. It's comfortable as hell.

Other JCRT shirts feature familiar images from well-known films. This polo shirt features a grid, repeating images of the exploding head from Scanners. They also have a hoodie of this but I like the polo. It's a weirdly professional bit of geekery, if your place of employment goes for that sort of thing.

Lastly is my favorite thing JCRT sent. They call it the Make The Thing Stop T-shirt, which mixes images from The Thing and The Exorcist. It's a super arresting design.

Creepy Co. is next. My favorite Beistle image has always been the flaming skull. This black flaming skull cardigan, done in aquamarine accents, gets attention anywhere I wear it, and it's super soft and comfy.

CC got the Creepshow license recently and they've wasted no time creating a whole bunch of neat product. My favorite Creepshow swag are these pajamas. Bright blue, white and orange, with a ghoulish portrait of the Creepshow host on the top and a bunch of comic panels for the bottoms.

They also sent a Leatherface tee with a super dynamic design. It seems to me that the designs at Creepy Co. have been getting better and better. This one features Leatherface with his chainsaw foregrounded.
I've got a lot of Creepy Co. gear and even though they didn't send a button up shirt I'll encourage you to get one from their extensive catalogue and see what you think. Lots of people do these button ups but Creepy Cos fit better and are far more comfortable to wear.

The next installment of the gift guide will feature some physical media. 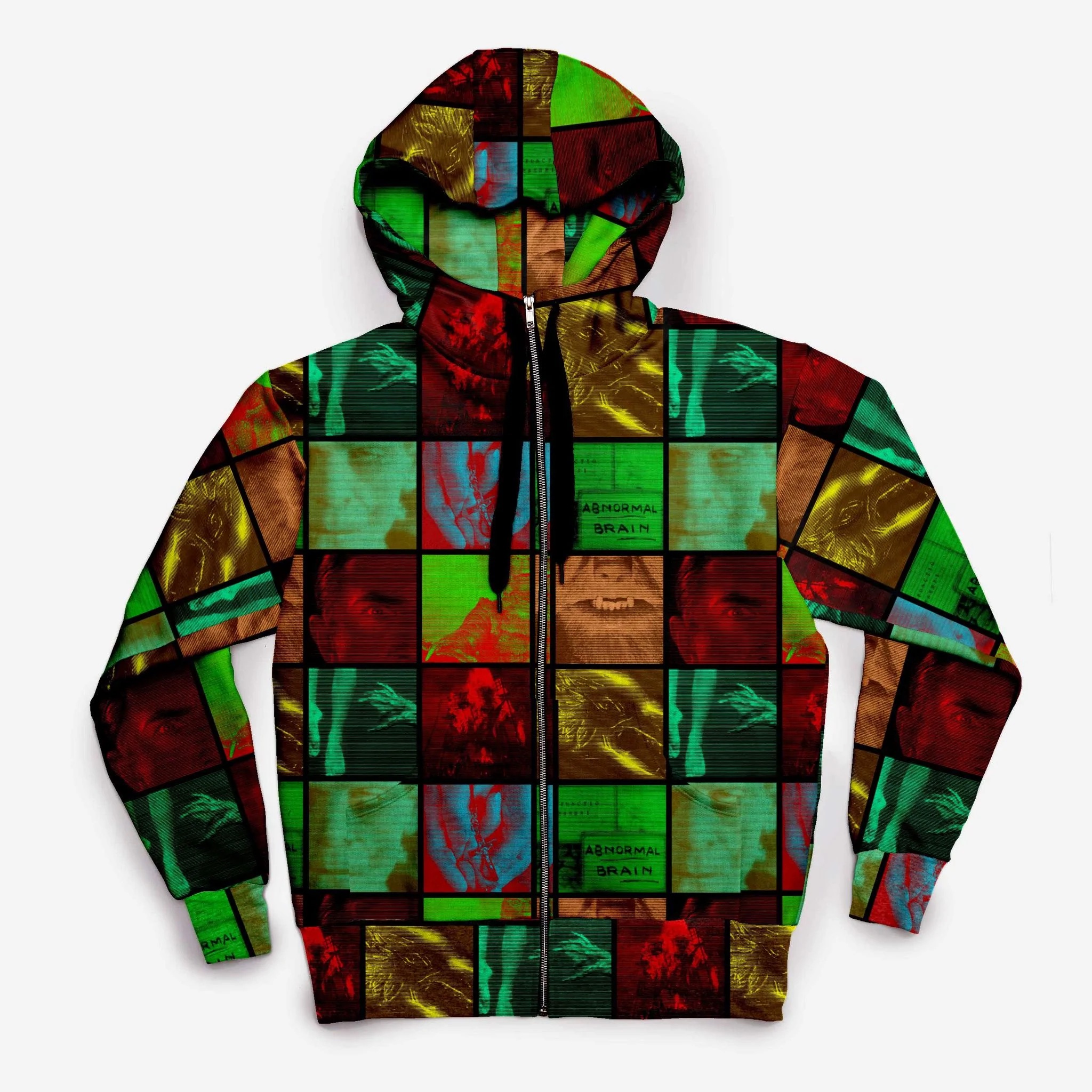 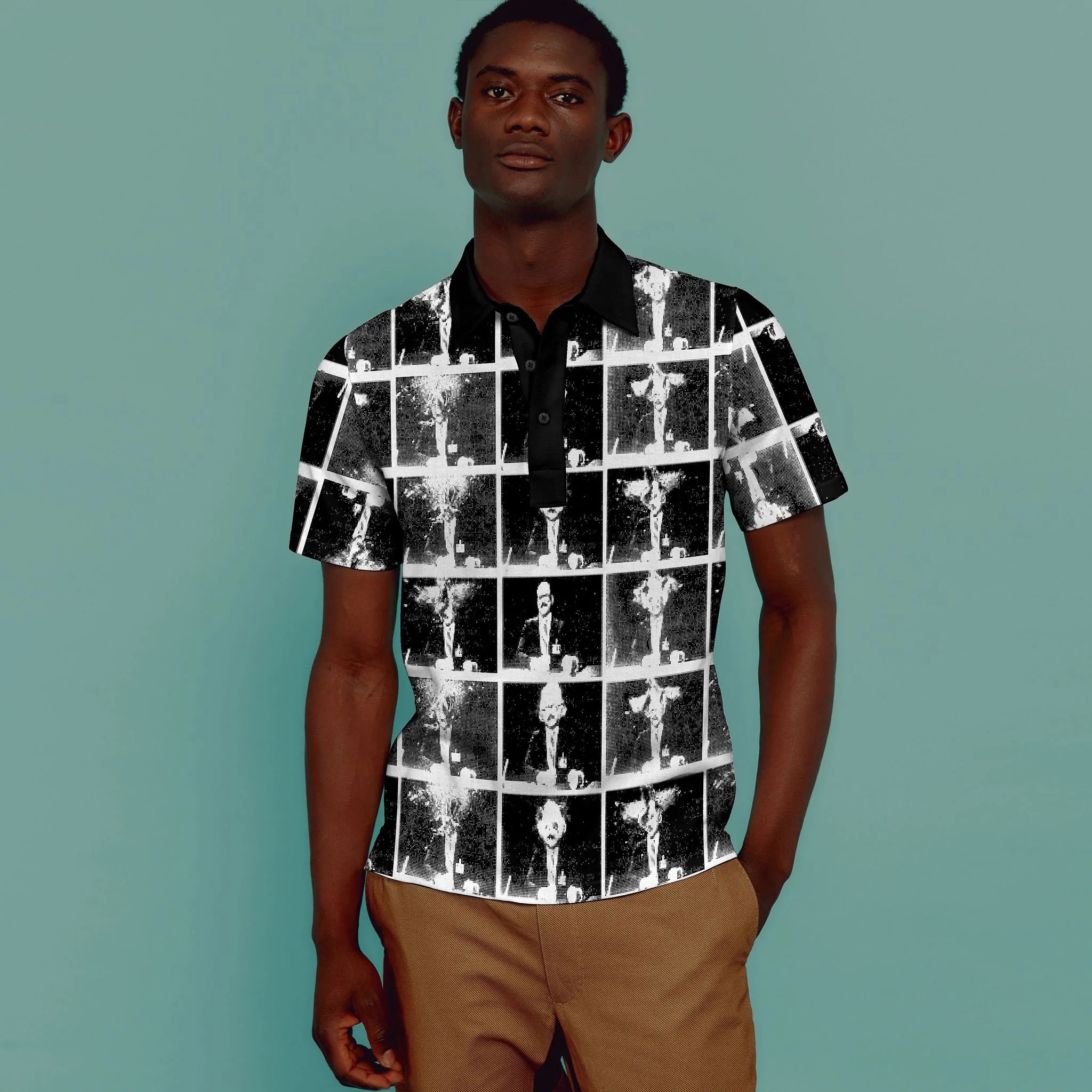 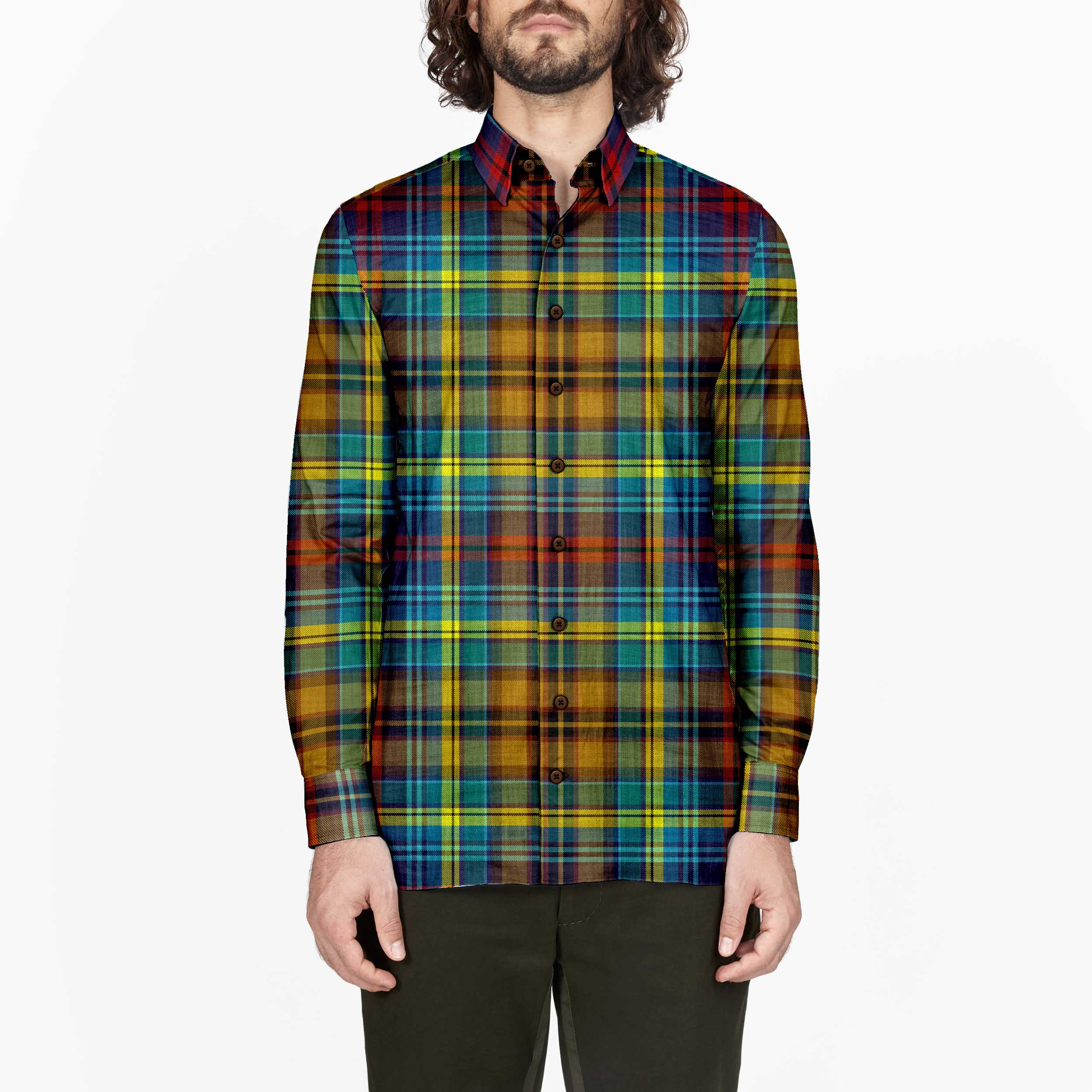 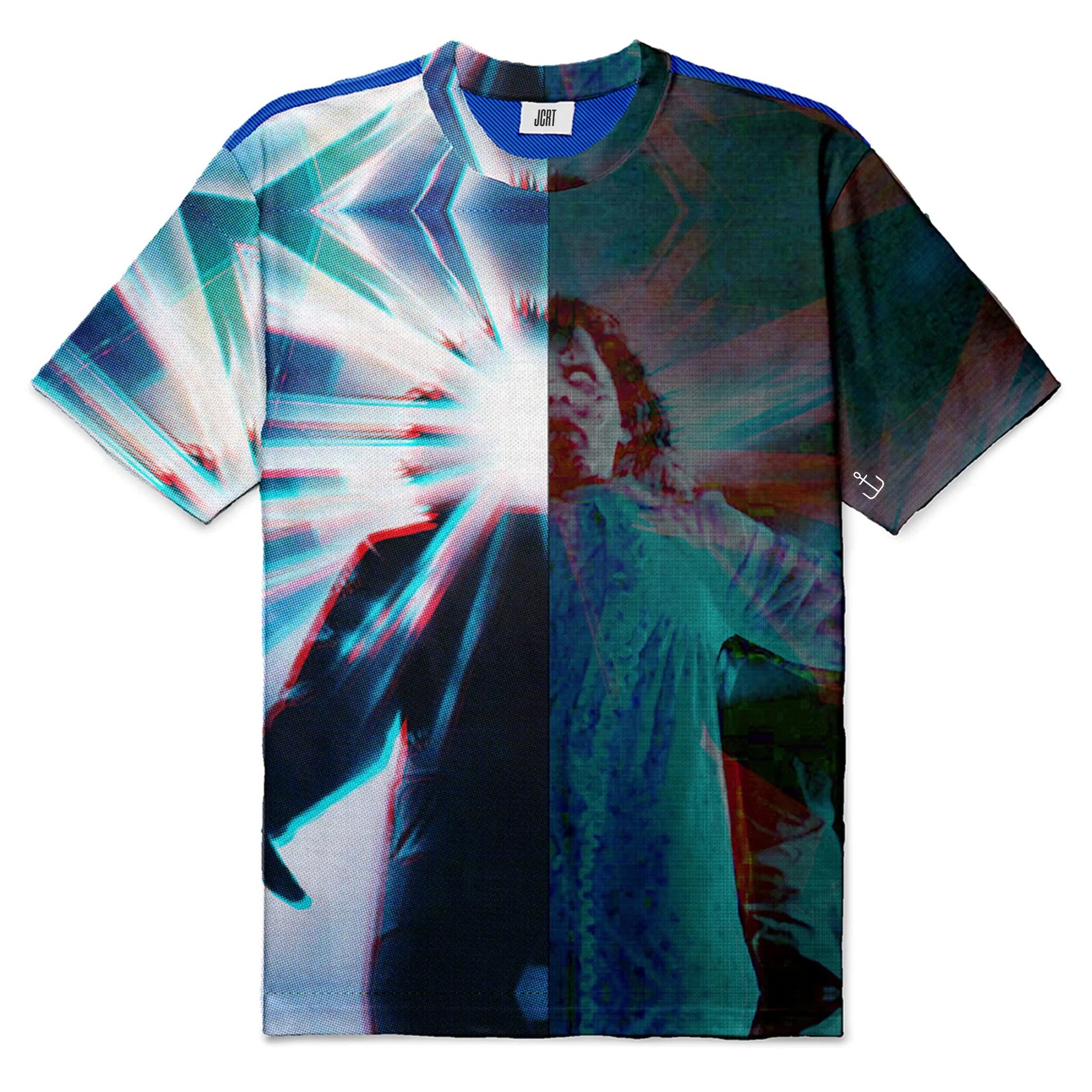 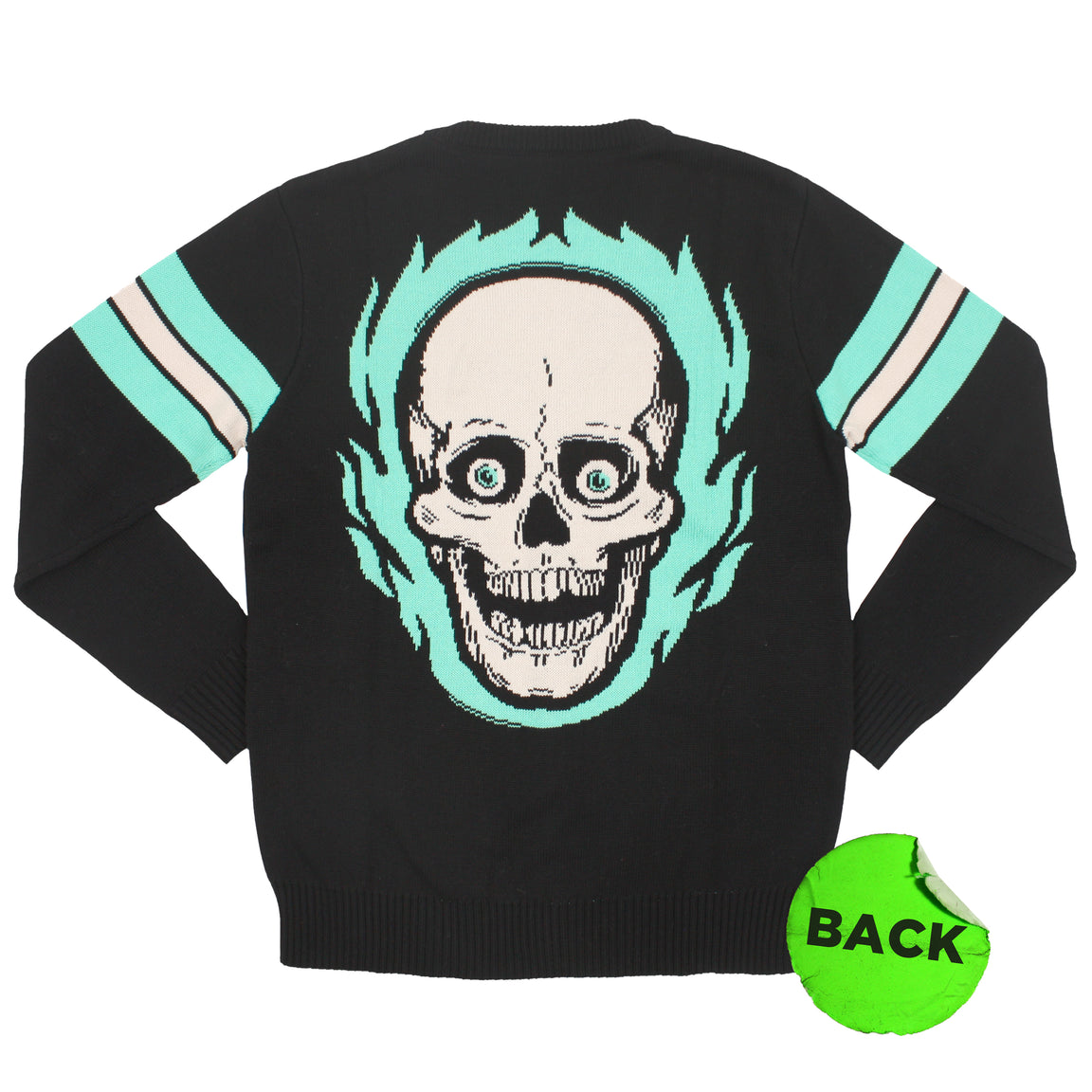 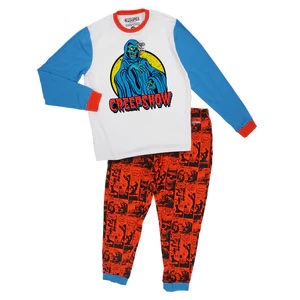 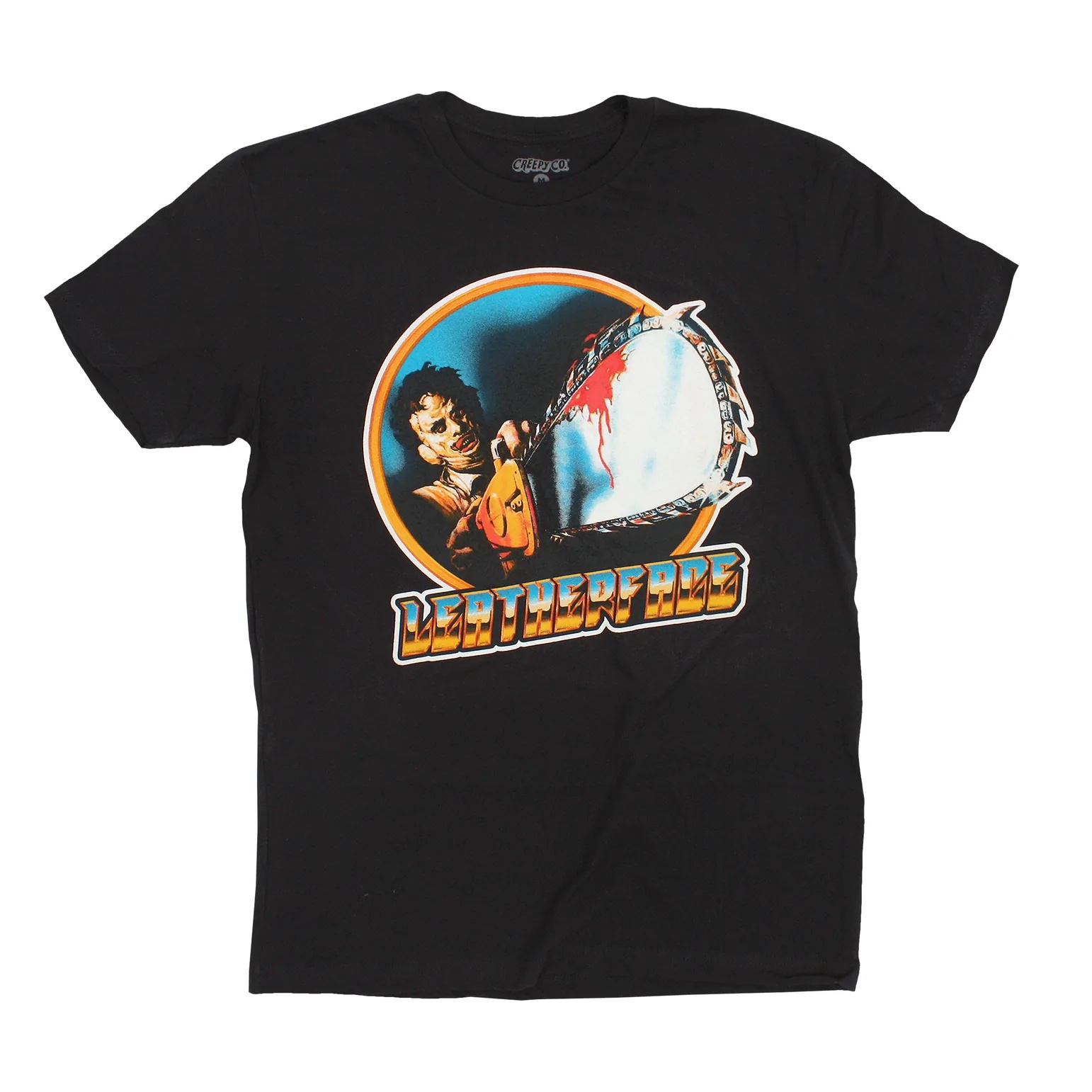