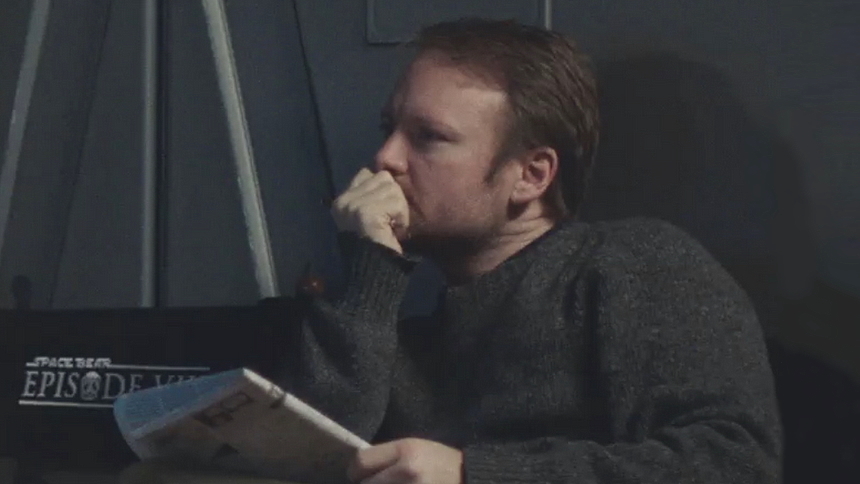 In the article series Sound and Vision we take a look at music videos from notable directors. This week we look at The Mountain Goats' Woke Up New, directed by Rian Johnson.

In honor of Rian Johnson's new film Glass Onion, in theaters this Thanksgiving, let's look at the career-long love-affair between Rian Johnson and The Mountain Goats. It all started with Brick. On the soundtrack of Brick there is a song called Brain Hammer, ostensibly written and sung by a band called The Hospital Bomber Experience. That band doesn't exist, but was made up for the film. John Darnielle of The Mountain Goats immediately recognized the bandname as a reference to a fictional band in one of his songs, 'The Best Ever Death Metal Band In Denton', in which two teenagers start a band called The Hospital Bombers.

A friendship between the two started, and Johnson continued the references to The Mountain Goats in The Brothers Bloom, in which there is a midnight run to Jakarta, a reference to the weblog by the Mountain Goats, called Last Plane to Jakarta. Johnson admitted as much in an interview with the A.V Club.

That interview was done in the light of a concert film that Rian Johnson directed for The Mountain Goats album The Life of the World to Come, that was shot entirely in one-take, and shows the songs of the album in a stripped back setting. The entire thing can be found on youtube. The performance of Matthew 25:21 might be one of the most beautifully vulnerable performances ever caught on camera, and Johnson keeps it visually simple.

While The Life of the World to Come might be a low-key and poetically sad affair, the friendship between Johnson and Darnielle has also resulted in slightly more frivolous and funny projects. When Rian Johnson tweeted about the title of the then Untitled Star Wars Project he was directing (now known as the slightly controversial The Last Jedi, which is, by my account, the best Star Wars movie), John Darnielle suggested a very different title and even wrote a jokey title track. "The Ultimate Jedi Who Wastes All the Other Jedi and Eats Their Bones" has a perfect lyric about Johnson himself: "The long feast will be filmed for mass consumption/ The cameras Rian's got these days are unimaginably high-res."

Rian Johnson also directed an abandoned music video for Wild Sage, which would have been a stop-motion experiment and a beautiful video for Woke Up New, which is the pick for this week's Sound and Vision. While it's not the best video Rian Johnson ever directed, cause that honor goes to the beautiful video for LCD Soundsystem's Oh Baby , it is a triumphant stylistic tour-de-force that deserves more views. Using an entirely in-camera Droste-effect of screens within screens, it screams for a HD remaster. Sadly, the only versions on Vimeo and Youtube look kinda rough, but it is hard to ignore the brilliance on display. The way they must have pulled this off boggles the mind, especially because the camera's Rian used those days were definitely not high-res