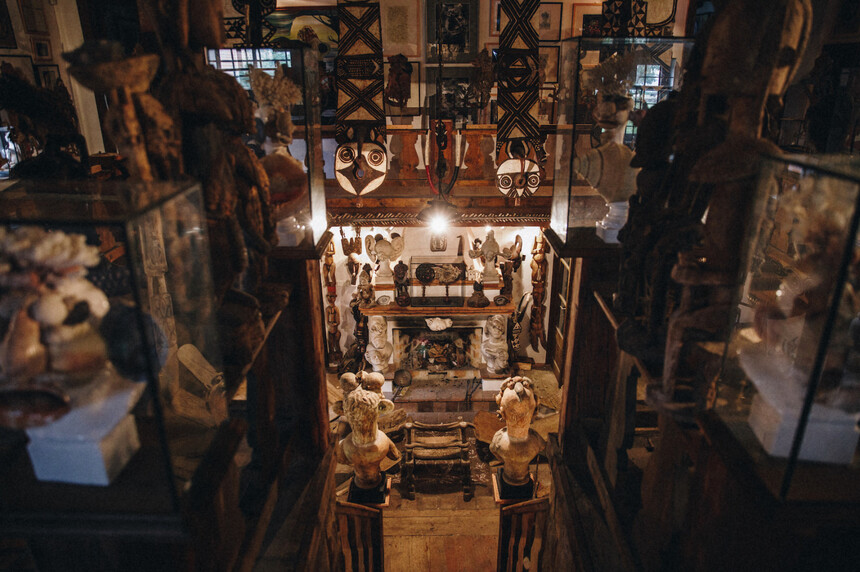 The esteemed Czech surrealist artist Jan Švankmajer hinted at his retirement from filmmaking when finishing Insect, his swan song to feature-length fiction filmmaking. There has been, however, one more feature-length offering in the making and it has two versions, theatrical and director´s cut.

In parallel to the shooting of Insect had been unfolding another behind-the-scenes shooting mapping the works on the film. The footage had been later used for a sort of biopic and meta-film Athanor: Alchemical Furnace (Athanor is the name of the production company producing Švankmajer´s films).

Besides revealing the director´s approach on and off the set, the film captures the globally revered and influential artist and animator opening up about his private life. The Švankmajer´s workshop, the titular kunstkamera, could be glanced in the film´s footage.

The producer Jaromír Kallista noted that the desire of fans from all over the globe to visit the bizarre place of Švankmajer´s imagination led them to catalog the collection. He adds that it is also a "cinematic conservation" to have the collection preserved as it was intended to be organized by its owners.

Kunstkamera was shot throughout the pandemic inside a former Renaissance granary in the Bohemian village of Horní Staňkov which Eva and Jan Švankmajer had been building up together throughout their lifetime.

The idea of Rudolf II's kunstkamera has always fascinated me. Not so much the real art treasures contained in the emperor's collection, but the sometimes even decaying objects and curiosities that formed an integral part of it. After all, Rudolf II was not an art historian but a man of feverish imagination, and what is more, an emperor at liberty to follow his own fancies, not just 'aesthetic value'," explained the director. 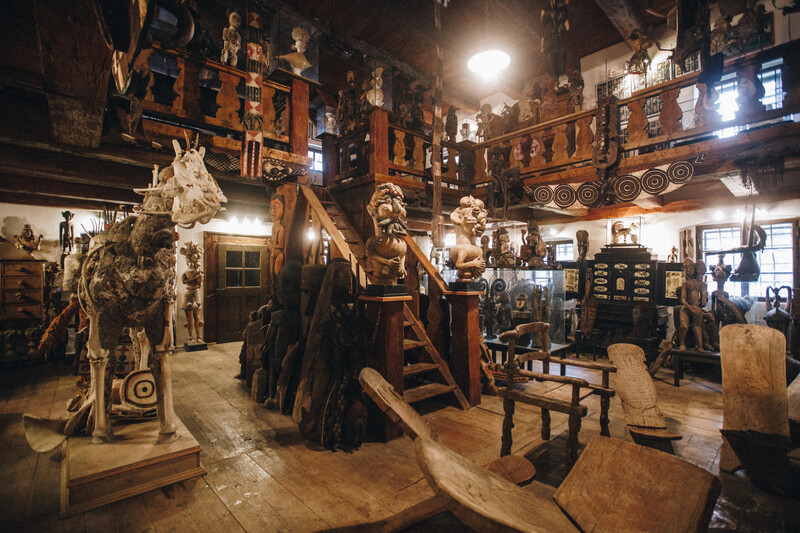 Švankmajer openly expressed that he did not want to shoot his wunderkammer as a museum or gallery but emphasized an "unmediated, non-aesthetic" effect, a rawness equaled to subconsciousness, and "affinities with the magical functions" and "a product of madmen".

The theatrical cut runs for 50-minute whereas the director´s version, which premiered at the Jihlava International Documentary Film Festival, offers 113-minute gazing at curiosities. Kunstkamera is an open invitation into Švankmajer´s "office" and into his mind. Cineaste will recognize a lot of artifacts from Švankmajer´s works and see they are not just props but a fixture in the artist´s imagination.

The sprawling collection entails strange objects, either collected on travels or created. The director´s cut of Kunstkamera can be perceived as having several chapters dedicated to a particular type of collectible. The part with "exotics" showcased African masks and fetishes of which Švankmajer is a collector. Another chapter called by the owner "funeralia and horribilia" offers African sculptures of ancestors or Czech folk reliquaries from the 19th century.

The artist's interest in hermeticism is represented by "mirabilia and mysticism", art inspired by alchemy, drawings by mediums, and Švankmajer´s own fetishes. The collection entails also "vetustissima" - various objects of ceramics, antique furniture, and furniture made for the filmmaker´s kunstkamera.

Regular viewers of the Czech surrealist maestro's works recognize the place of psychoanalysis in his oeuvres. They won´t be surprised that eroticism ("gaudia") becomes a leitmotif throughout the whole collection.

And they will be the least surprised by artists whose oeuvres make a swift presence in the collection. Švankmajer is a member of the Czechoslovak surrealist group which is publishing the surrealistic magazine Analogon.

Many artists appearing in the magazine are present in one way or another in Švankmajer´s assemblages of oddities including Hans Bellmer, Pieter Brueghel, Salvador Dalí, Albert Durer, František Dryje, Vratislav Effenberger, Max Ernst, Joan Miró, Toyen, among many others including Švankmajer´s own inventions and paintings by his late wife, Eva Švankmajerová. 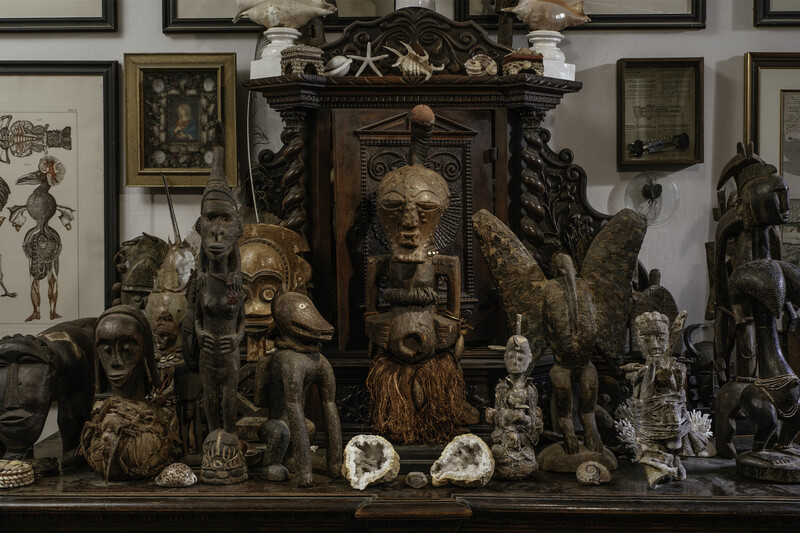 Kunstkamera is not a freewheeling semi-unconscious experience. Viewers cannot pick what they want to see. Despite the proclamation, it is a guided structured tour led by Švankmajer. The director does not comment verbally, the film is without a single verbal word only accompanied by Antonio Vivaldi´s immortal The Four Seasons.

The director has a clear intention for what he wants to exhibit more and on what he puts lesser focus on. Wide shots are followed by extreme close-ups, woodcuts are followed by bizarre taxidermy, and organic objects are exchanged for inorganic assemblages in a merry-go-round of strange paraphernalia. The rhythm is less scrutinizing and aestheticizing and more playful. It´s not the gaze of a madman but of a playful and whimsical child. And the director does not lose his sense of humor either.

Nevertheless, there are moments of "blink-and-you-miss-it" while there are moments when the camera lingers way too long on a certain detail. The director´s cut certainly offers a bigger leeway to let Švankmajer´s museum of imagination stimulate the viewers.

The director´s tempo certainly has a mesmerizing effect when traversing through his chambers of inspiration. And not a single appears on camera to not disrupt the spell of religious amazement.

Little more control bestowed upon viewers would contribute to a more immersive experience as the viewers could scrutinize the vast collection of weird and surreal through their own POV. The producer revealed that there is a plan to prepare a double-feature DVD Athanor: The Alchemical Furnace and Kunstkamera which would enable a more personalized wandering in Jan Švankmajer´s materialized mindscape.

This way, the surrealist´s wunderkabinet remains still a curated tour and it´s a better bet than a printed catalog for all enthusiasts. The film´s producer hinted that there may be one in preparation.

Švankmajer thus made his and his wife´s cabinet of curiosities part of their legacy, artistic and cinematic.

Do you feel this content is inappropriate or infringes upon your rights? Click here to report it, or see our DMCA policy.
Czech RepublicDocumentaryJan ŠvankmajerJihlava IDFFJan Svankmajer