Dead in a cemetery at the age of 19, Rosie Duff (Anna Russell-Martin) comes back to life 25 years later thanks to Bel Richmond (Rakhee Thakrar), whose crime-series podcast awakens interest in the case, prompting the Scottish police to reopen it.

Casting about for the best face to put on the public relations disaster, it is decided that young Karen Pirie (Lauren Lyle) is best-suited to lead the investigation, even though she is decidedly lacking in experience. Her longtime friend, sometimes police partner and occasional bed fellow Phil Parhatka (Zach Wyatt), is bitterly disappointed by this, owing to his own career ambitions, but finds himself promoted to the local "murder squad" as DS Pirie begins her investigation, in which she is partnered with the young, puppy-like Jason Murray (Chris Jenks).

Created and written by Emer Kenny, who also co-stars as Pirie's flatmate and friend River Wilde, the three-episode series is based on Scottish crime writer Val McDermid's novel The Distant Echo, first published in 2003. Directed by Gareth Bryn, who has helmed episodes of the terrific Line of Duty as well as other episodic shows over the past 15 years, the series is quickly absorbing.

DS Pirie did not seek her own promotion, and is angered when she learns that she was only chosen because of appearances -- not a spoiler, since we see that in the opening scenes of the first episode -- yet she very easily demonstrates that she is well-suited to lead the investigation, as she pores over records, seizes upon inconsistencies and omissions in the original investigation, and boldly presses forward.

As DS Pirie does so, the case heats up. The three original suspects, who were released due to a lack of conclusive evidence, are now forced to confront the crime again. The series continually gains momentum, thanks to the structure created by Emer Kenny, following the investigation as it develops, and also flashing back to events from 25 years before that become more pertinent as the three episodes, each about 90 minutes, flow by. Yet, Kenny simultaneously develops DS Pirie's dogged, tough-minded personality, which is sprinkled with a wry sense of humor, often expressed in her conversations with her flatmate (also Kenny).

Lauren Lyle marvelously creates an unstoppable piston in the police force; DS Karen Pirie is not to be trifled with, which we also see in her relationships with her junior partner, Jason Murray (Chris Jenks), which has an older sister/younger brother vibe, as well as with DS Phil Parhatka (Zach Wyatt), which covers various degrees of discomfort and likability. The actors bounce off Lyle's fiery energy and prove to be good foils for her.

Podcaster Bel Richmond (Rakhee Thakrar) can be irritating and smug, though she also demonstrates a true desire for justice, which ameliorates her edgier instincts. Keep an eye out also for Bobby Rainsbury, who brings an incredible ease and intensity to her role as Grace Galloway, the less said the better.

Right through to its final moments, Karen Pirie is an altogether satisfying plunge into police work that is never less than gripping. 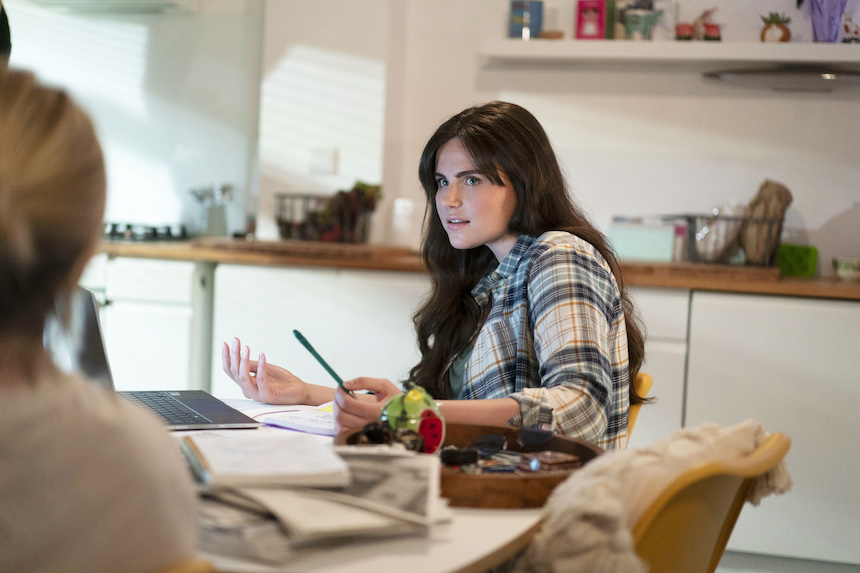 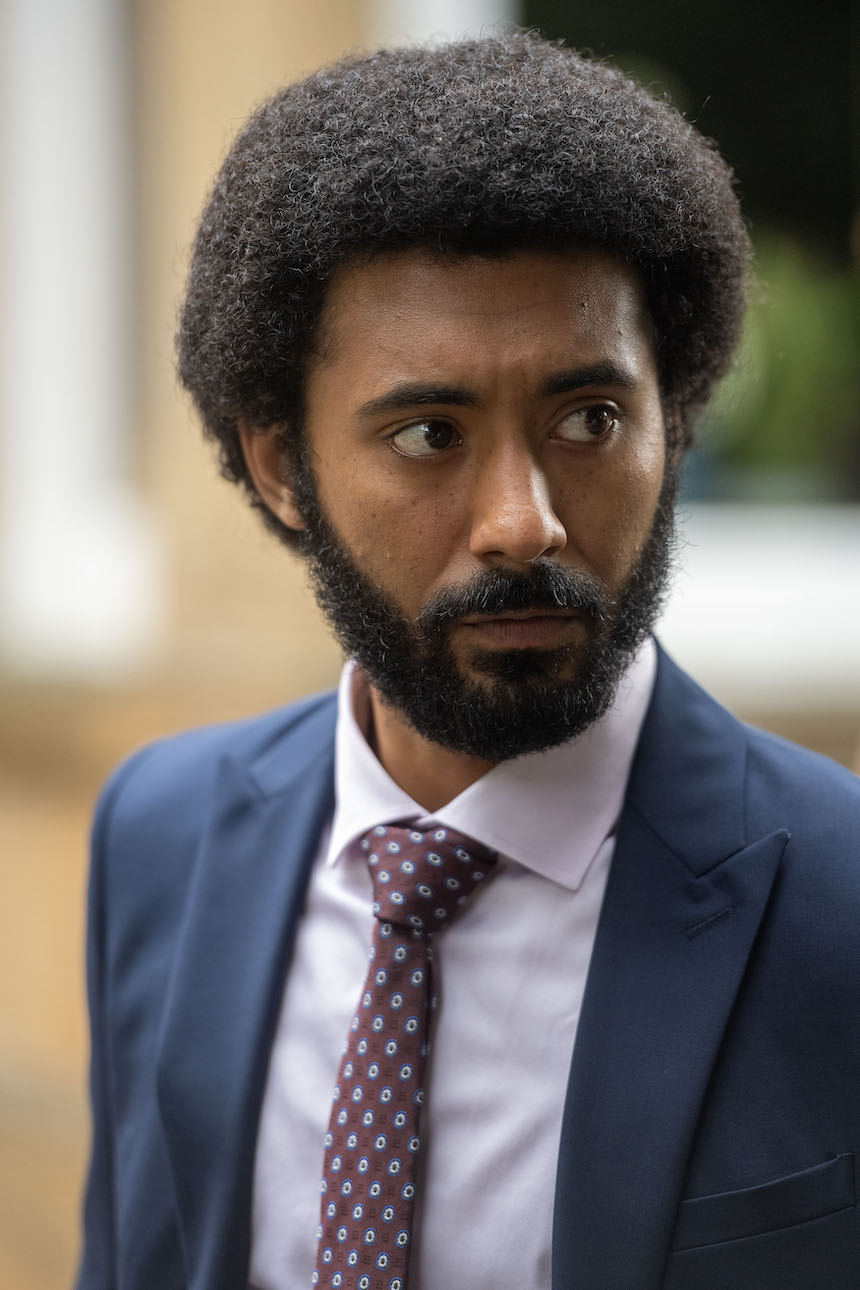 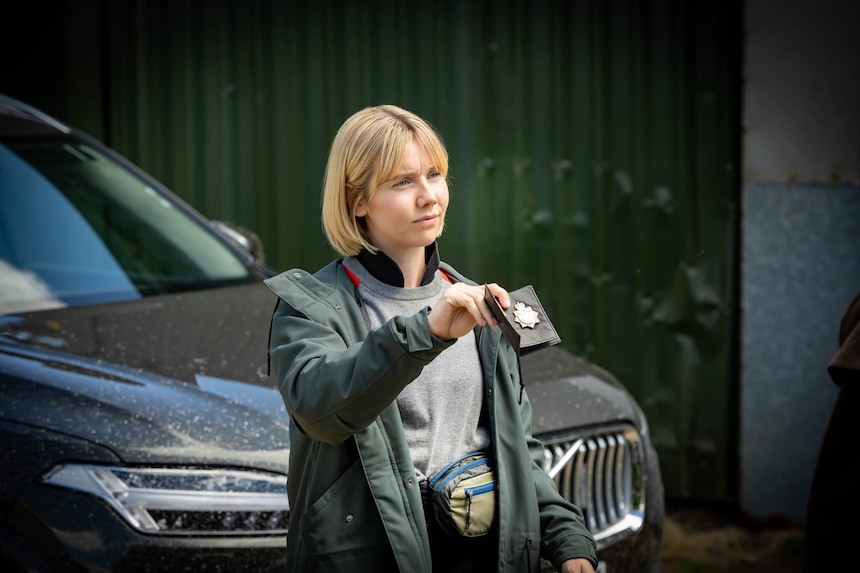 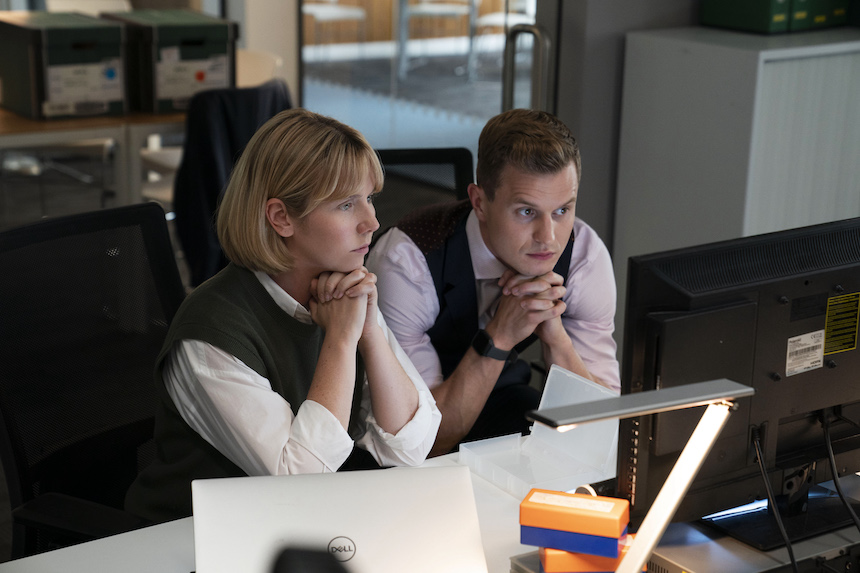