Ali Abassi's searing examination of a serial killer and the journalist determined to hunt him down. 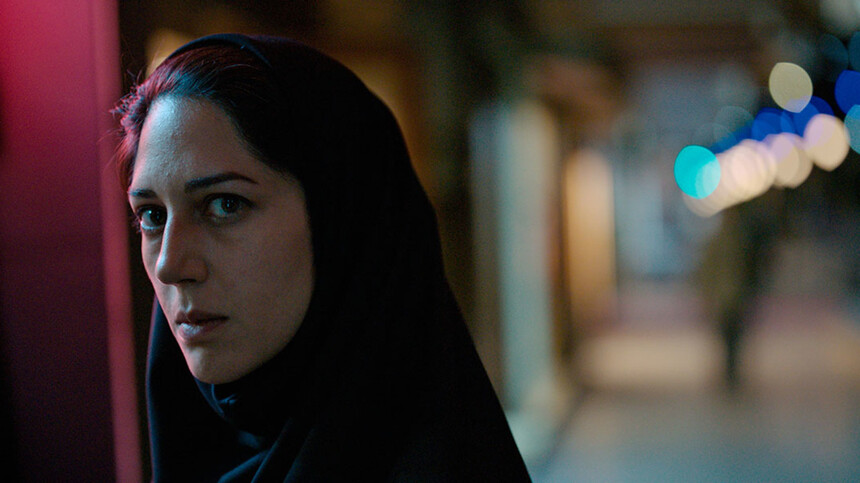 It might be the world's oldest profession, but prostitution has always been treated with disdain, or far worse, depending on the society and time period. Prostiutes, who are mainly women, are both wanted and reviled; treated as though they are the ones manipulating poor, innocent men, instead of the freqwuent victims of violence. While not all sex workers take on the job out of desperation, some do; some are forced into it; some become drug addicts. Yet, instead of help and support, they receive scoiety's wrath (sadly, from both men and women).

Ali Abassi's new feature Holy Spider is inspired by events in Iran twenty years ago. Very different in tone and content from his last feature (the brilliant Border), Abassi nonetheless hits right on target again with this searing and intense portrayal of a culture that demonizes the wrong people and manipulates others at will. But this atttitude is not just specific to Iran, and Abassi knows how to how the signs we sadly can recognize from the world we live in.

There seem to be two general profiles of serial killers: the ones that keep to themselves, and the ones with seemingly 'normal' lives who operate in plain sight. Saeed (Mehdi Bajestani) is the latter; a working class man with a wife and children, a decent job, and a past as a war hero. He's also taken it upon himself to lure prostitutes into his home (when his family is away) and strangle them. Rahimi (Zar Amir Ebrahimi, who deservedly won an award at Cannes for her performance) is a journalist, who comes to Mashhad to find out why the police have yet to catch the Spider Killer (as he is dubbed). This soon becomes a cat-and-mouse chase where the danger is all too frightening.

What seems on the surface to be something of a typical procedural story turns into something dark and disturbing with Abassi's acute and unwavering eye for the truth. The most overt of course being the sexism and misogyny encountered by Rahimi; at the best of times, this is a woman with no time for fools. But she must constantly battle for her rightful place not only as a journalist, but as a human being. Every step she is reminded that she only exists at the pleasure and discretion of men, and she is forced to proverbially bite her tongue far too often - not always, not when she knows she can have some power, but this happens rarely.

Rahimi knows that while the state claims that all humans are equal, they could care less about the death of these women; the police claim they are waiting for the killer to make a mistake but in truth think this guy is doing their job for them. She knows that she will be the one to have to take a risk. She sees these women that Saeed targets: the desperate ones, the drug addicts, the ones forced into this situation by a society that hates them for existing and yet refuses to acknowledge the responsibility of men to the profession. Her courage is real, but so is her fear.

Meanwhile, Saeed is something too frighteningly typical: a man who believes he is above others, who thinks he is somehow owed more than he has (even though he has a great deal, especially power in his society), and sees his murders not as such, but as a cleansing, himself as the hand of his god, carrying out justice against women he (and too many others) refer to a 'vermin'. Normally, I would have no interest in such a character, but Abassi forces us to see this kind of evil as it is: entrenched in our everyday lives, entrenched in the society that made him and allows him to operate so long as he serves their purpose, and in the end, he is a victim of that society as well, once that forces men into a particular role.

Abassi keeps everything tight in this hot, dry city; we're never afforded much of a larger view of the city, of the environment. It's not so much the city, or even the country, but a state of being that makes everyone prisoners; those with more power (whether that be gender-based or bestowed by politics) might enjoy a larger cage, but this cage of patriarchy and religious fervour traps everyone. But Abassi does not allow us any cushion; we must witness this entrapment, we must witness how both men and women hold up the misogyny and dismissal of prostitutes as less than human, we must witness these darkened streets where danger is ever present in a way that would strike terror into the heart of even the most confident and strong woman.

Holy Spider pulls no punches, spares no institution or individual that would uphold an institution that degrades and demeans women, and shines a harsh light not only on Iranian society, but forces us to look at our own. This web holds you tight in its grip and forces you to watch as the doom approaches.

Do you feel this content is inappropriate or infringes upon your rights? Click here to report it, or see our DMCA policy.
Ali AbbasiAfshin Kamran BahramiZar Amir-EbrahimiMehdi BajestaniArash AshtianiCrimeDramaThriller