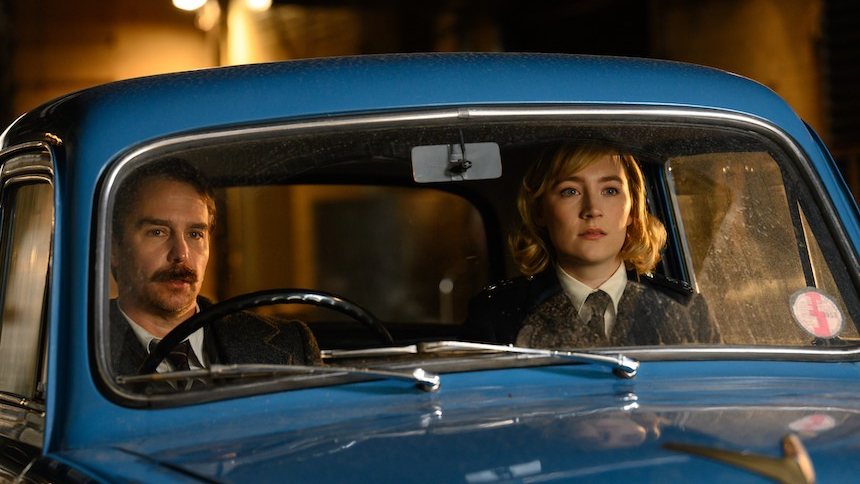 Over the last half-decade, Agatha Christie, one of the the 20th-century’s most prolific, popular writers, has seen something of a resurgence in interest in her work.

Beginning with Kenneth Branagh’s adaptation of Christie’s Murder on the Orient Express in 2017, Rian Johnson’s Knives Out, an unofficial adaptation of  Christie’s A Holiday for Murder two years later, Branagh again with Christie’s Death on the Nile earlier this year, and now writer Mark Chappell (Bliss, Faked, My Life in Film) and director Tom George's (This Country, Defending the Guilty, Hank Zipzer) See How They Run, a delightfully affectionate homage period-set whodunit-inside-a-whodunit, it looks like the Christie renaissance is here to stay.

If See How They Run is any indication, the resurgent interest in Christie’s work is a good thing. Cleverly set in and around the West End, London theater where Christie’s singular play, The Mousetrap, celebrates its 100th performance in 1953 (the play has continued for another 27.4K performances), See How They Run centers on a mismatched crime-fighting duo, Inspector Stoppard (Sam Rockwell), a perpetually soused, disheveled, mustache-sporting detective for Scotland Yard, and Constable Stalker (Saoirse Ronan), an over-eager, naive police officer with a sharp mind, an eye for a sergeant's promotion, and — in Ronan’s endlessly engrossing take — comic timing to match some of the big and small screens greats, old- and new-school alike.

When See How They Run opens, however, Stoppard and Stalker are nowhere to be found, mostly because the murder that functions as the inciting incident hasn’t happened yet. In short order, though, it does, leaving one profoundly surprised character who, in his or her last self-reflexive moments, realizes they’re the “most unlikeable character” in the cast and thus, the most likely murder victim, dead and left, mouth agape and shirt covered in blood, on the same stage where The Mousetrap was performed a few short hours earlier.

Once on the murder site and acquainted, Stoppard stumbles and Stalker talks their way through the usual series of character-revealing and scene-setting interviews. Like any good-to-great murder-mystery, Stoppard and Stalker discover an overabundance of murderers, each one with a figurative, if not literal, ax to grind with the murder victim.

The list of suspects overlaps with the cast and crew of the play, from Petula Spencer (Ruth Wilson), the theater owner and impresario, to Mervyn Cocker-Norris (David Oyelowo), a smug, self-centered, egotistical screenwriter, to the real-life married duo, Richard “Dickie” Attenborough (Harris Dickinson) and Sheila Sim (Pearl Chanda), who headlined the play in the early 1950s, to John Woolf (Reece Shearsmith), a movie producer eager to bring The Mousetrap to moviegoers, and on through various adjutants, hangers-on, and ushers who may or or may not have a reason to hate and/or murder the victim.

It’s mostly verbal fun and games, minus (or in addition to) a few, semi-inspired moments of slapstick, but See How They Run succeeds or fails primarily on the sparkling chemistry between Ronan and Rockwell, the witty interplay between their frequently at-odds characters, and a talented, top-to-bottom cast who fully understand the assignment, delivering their archly written lines with more-is-more gusto, a wink, and a nod to audiences familiar with murder-mystery conventions laid out in the first two or three scenes via voiceover narration.

As always, though, audience mileage may vary. See How They Run is the kind of meta-comedy where a character bemoans the tired, cliched conventions typical of Christie-inspired whodunits seconds before those conventions make triumphant appearances, up to and including flashbacks and even a “Three Weeks Later” title card. It’s mostly superficial gloss meant to entertain and not enlighten, ultimately succeeding at both.

By the time the slightly underwhelming denouement arrives to reveal the killer’s identity and their motivation for the inciting murder, See How They Run has built up more than enough goodwill to make it matter less than most. And with Ronan, Rockwell, and the rest of the cast giving their level-best, any story-related slip-ups are minor, if not marginal, in comparison.

See How They Run opens theatrically in North America on Friday, September 16 via Searchlight Pictures. Visit the official site for more information.

See How They Run 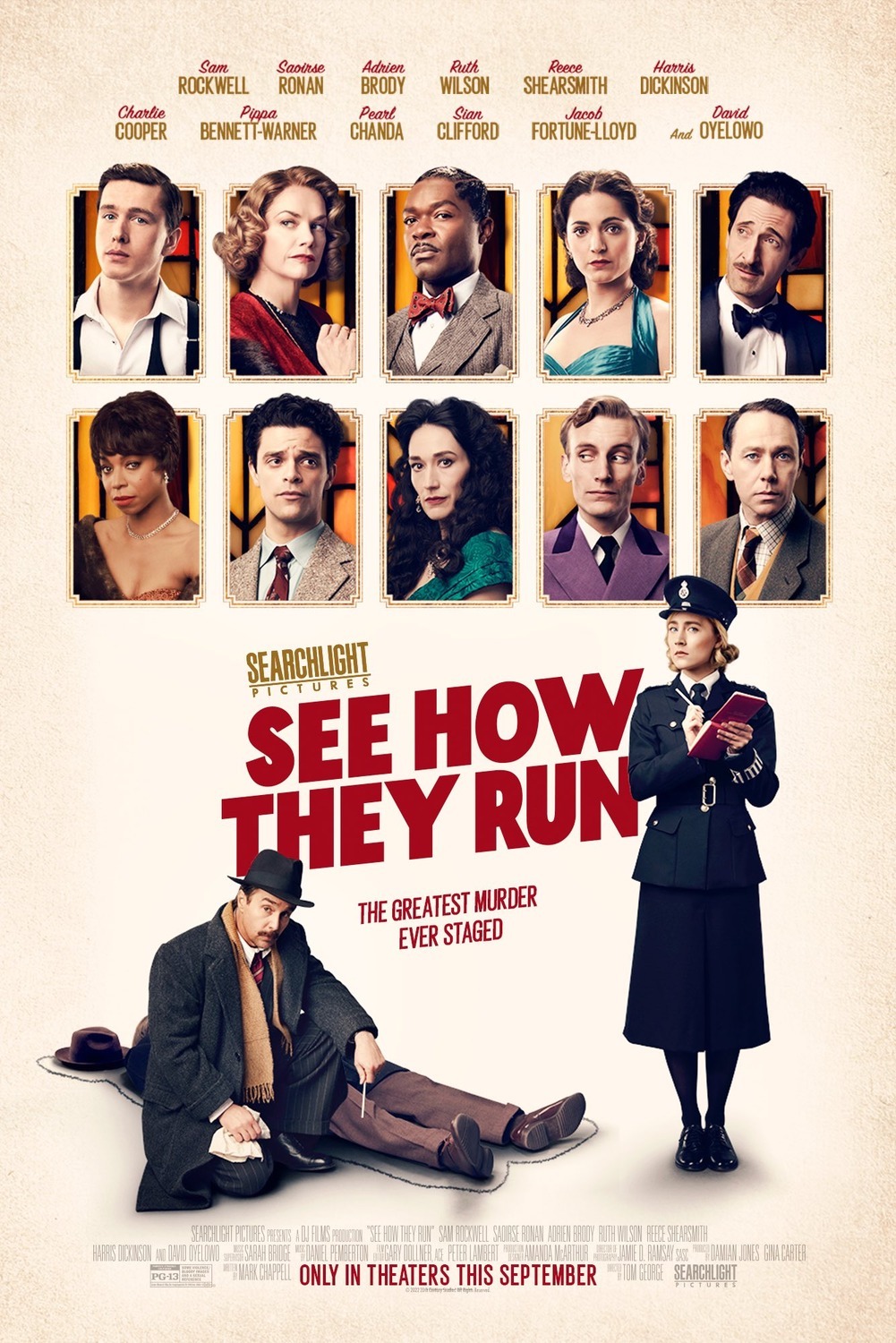