THE INSPECTION Trailer: Identity and Belonging 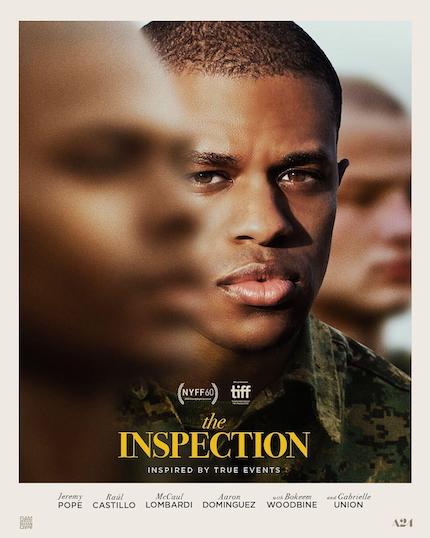 I have no earthly idea why anyone would want to volunteer for military service, but The Inspection gives valid and understandable reasons why one young person chose to do so.

Inspired by events in his own life, Elegance Britton has written and directed an arresting drama. Here's the official synopsis:

"A young, gay Black man, rejected by his mother and with few options for his future, decides to join the Marines, doing whatever it takes to succeed in a system that would cast him aside. But even as he battles deep-seated prejudice and the grueling routines of basic training, he finds unexpected camaraderie, strength, and support in this new community, giving him a hard-earned sense of belonging that will shape his identity and forever change his life."

It opens in movie theaters November 18 via A24 Films. Watch the trailer below.