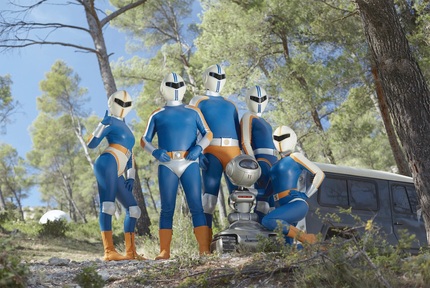 There are not many filmmakers that can straddle A-list festivals and genre circuits with such ease and velocity as the French pop-surreal fabulist Quentin Dupieux. He continues to extend his cinematic universe of rollicking absurdism and producers are not stymieing the writer-director´s imagination and materialization of those wild ideas.

Following the recent absurdity Incredible But True which premiered at this year´s Berlinale, the French director premiered another new zany comedy at Cannes, amusingly and faux-medically titled Smoking Causes Coughing. Karlovy Vary programmers could not resist and picked the oeuvre for the Czech fest´s midnight section.

By this time, Dupieux has magnificently digressed from his peers usually associated under the French New Burlesque label. The filmmaker is in a league of his own merrily mixing and bending genres in every which way in a bubble-gum pop aesthetics, and brimming absurdism.

These elements create Dupieux´s unparalleled signature style as a New French Absurdism (Jean-Christophe Meurisse would be an apt candidate with the anarchistic comedy Apneé).

Smoking Causes Coughing entails a significantly larger inventory of retro popculture artifacts, references, and gags compared to the director's previous absurdist takes such as bromance road movie Mandibles. Dupieux becomes a Beckett of pop if Beckett would have been as much playful and genre-loving as he had been unpredictable. 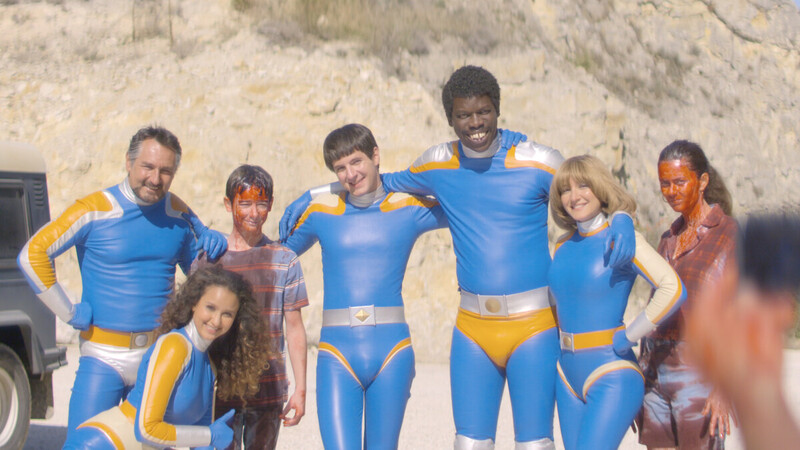 Dupieux's seemingly limitless imagination continues to concoct strange comedy pieces that do not cease to surprise, and amaze as they do not conform to any conventions. Smoking Causes Coughing starts as a homage and then rapidly swerves into a meta-parody of a camp vigilante series in the vein of Power Rangers or other colorful saviors of the universe.

Only that the French Power Rangers are the Tobacco Force and they are fighting the evil with the powers of nicotine, ammonia, methanol, benzene, and mercury. They gave their opponents cancer in real-time that tears them apart in hyperbolized uber-gory explosions. Smoking Causes Coughing become the testament to Dupieux´s mastery of unpredictable narrative pirouettes and plot swerving.

Once the Tobacco Force is done with their latest enemy, an overgrown anthropomorphized evil turtle stylized appropriately as a guy-in-a-rubbery-costume, their boss Didier sent them on a teambuilding retreat. The latest fighting performance wasn´t up to the avengers´ standards and a worse encounter is yet to come.

They reconvene into an autonomous vehicle reminiscent of the golden era of low-budget cardboard sci-fi props and head to a spot near the lake. And they do so despite Mercury´s protests that he should be spending more time with his kids.

The head honcho of the Tobacco Force and their mentor, Didier, persuades Mercury to stick with the team. The Force leader commands admirable respect and reputation as a leader given he is literally a puppet rat.

Didier is a playful callback to one of the Dupieux´s most iconic and beloved creations, Mr. Oizo. And at the same time, it is a gleeful reference to another retro popculture commodity, Master Splinter from Teenage Mutant Ninja Turtles.

In addition to his wisdom and perspective on affairs, Didier has a voracious appetite for all things carnal. And he seems successful in his pursuits even though a toxic green ooze does not stop dripping from his rodent mouth. 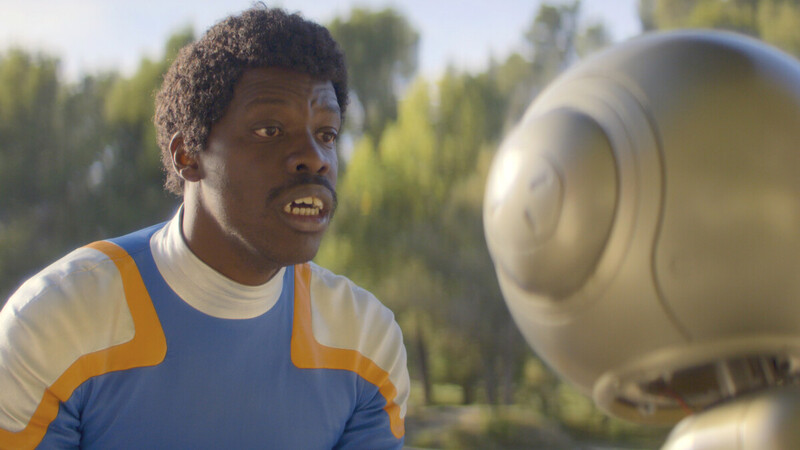 Dupieux strikes another narrative pirouette, while routinely dishing out absurd sci-fi-tinged gags, as the tobacco troop arrives at the idyllic mindfulness retreat. The avenger parody breaks abruptly into a horror anthology. The force members, and random passers-by, start retelling non-sensical horror micro-stories and ridiculous anecdotes by the campfire.

Smoking Causes Coughing takes the shape of a puzzle narrative constantly shapeshifting evoking a state of psychedelic confusion. The slightly psychedelic liberties that Dupieux takes in the no-holds-barred approach to bending the form follow the only the French experimenter has. And it is the no reason logic the director inscribed and heavily preached and practiced in his killer tire film Rubber.

Dupieux continues to experiment with the elasticity of cinematic narration without alienating a wider audience. Spearheading his trademark brand of absurdity and comical nonsense, the French non-conformist approaches the rabbit hole of meta-fictional narration with a Lewis Carrol verve.

Magnolia has acquired North American rights to Smoking Causes Coughing and plans to release the film next year.

Do you feel this content is inappropriate or infringes upon your rights? Click here to report it, or see our DMCA policy.
Adèle ExarchopoulosKarlovy Vary 2022Quentin DupieuxOulaya AmamraAlain ChabatAnaïs DemoustierComedy