Antoneta Alamat Kusijanović’s debut feature, Murina, is set on a Croatian island, where the adolescent protagonist Julija (Gracija Filipovic) usually fishes underwater with her father Ante (Leon Lucev). The fact that Julija usually observes the young people who have fun near her indicates an entire world is out there, waiting to be explored.

Once the wealthy Javier (Cliff Curtis) – an old acquaintance of Ante and his wife Nela (Danica Curcic) – makes his appearance as he might invest in land, the main family’s reality surfaces. Ante’s repressive actions towards the women in his life become more nasty. (This theme is like a continuation of Into the Blue, Alamat Kusijanović’s 2017 short film also starring Filipovic as a character named Julija.) Javier and Nela are evidently still attracted to each other; while Julija – who is also very much captivated by everything Javier represents – desires more than ever a different, freer life away from the island.

Murina opened theatrically at Metrograph in New York last Friday, July 8, and will be shown at Laemmle Theaters in Los Angeles staring Friday, July 15, I spoke with director Alamat Kusijanović about the complexity of her Cannes-winning character piece (find her responses in the gallery below). 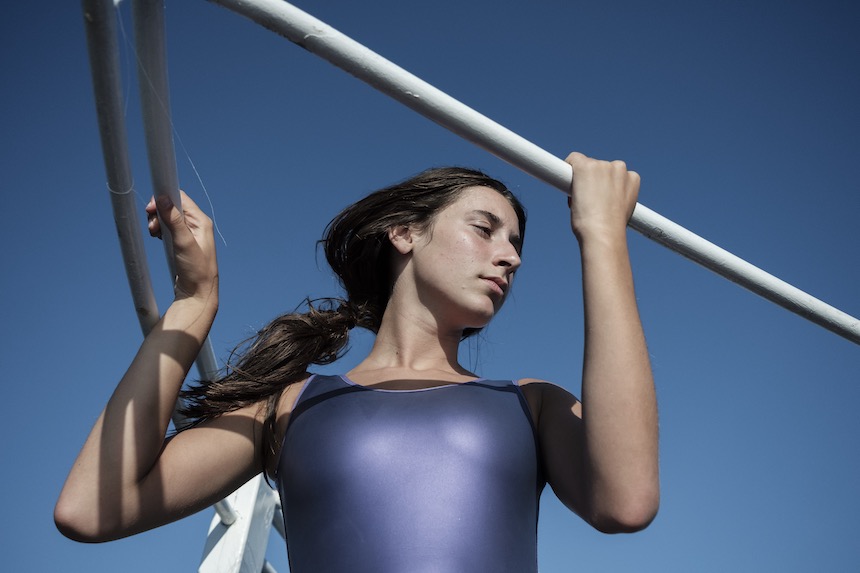 The importance of the location

Antoneta Alamat Kusijanović: I grew up on an island and I knew the dynamics of emotional turmoil conflicted with very dangerous nature, and what that feels like as a teenager. We were like that, just set free on an island running around as kids. It’s something that I tried to depict in my short film (Into the Blue). That’s how I met Gracija and I really liked to continue working with her but put her now in a more stark and dangerous version of that space, that is stripped away from any vegetation and shade and it’s really like my own version of hell, where you are burning and everything is surfacing up; the only place where you can find solace from that heat is where you cannot breath, which is underwater.

The natural architecture is very important to me, it always speaks of characters’ behavior and movement, which essentially defines the rhythm and how people behave between each other and their relationships. I don’t think that this movie could have happened in an apartment, under the air conditioner, because you could always go into the next room and splash some water on your face and cool down. These small tensions would have been gone and it would have never escalated to these levels. Alamat Kusijanović: I would always advice that unless a really major emotional character bit happens underwater, never shoot underwater because it is very draining, it eats up the entire day, it is expensive and dangerous. But for this movie it was essential. I really tried to minimize these underwater scenes to three blocks, it feels that so much more of the movie is underwater because these scenes were very impactful. They were unspoken because a lot of things were already said up above the water that you could just express the hidden emotions under the water.

Technically, shooting under the water requires of course a lot of rehearsal above the water, which is very funny because you have to pretend you’re swimming and all these movements. But also once you dive 10, 15 meters on the water you don’t surface for a while until you shoot the scene because changing the pressure, you can only do it once or twice a day. So shooting the entire scene in few takes, all the shots at once without cutting and everything in a place where you cannot speak. 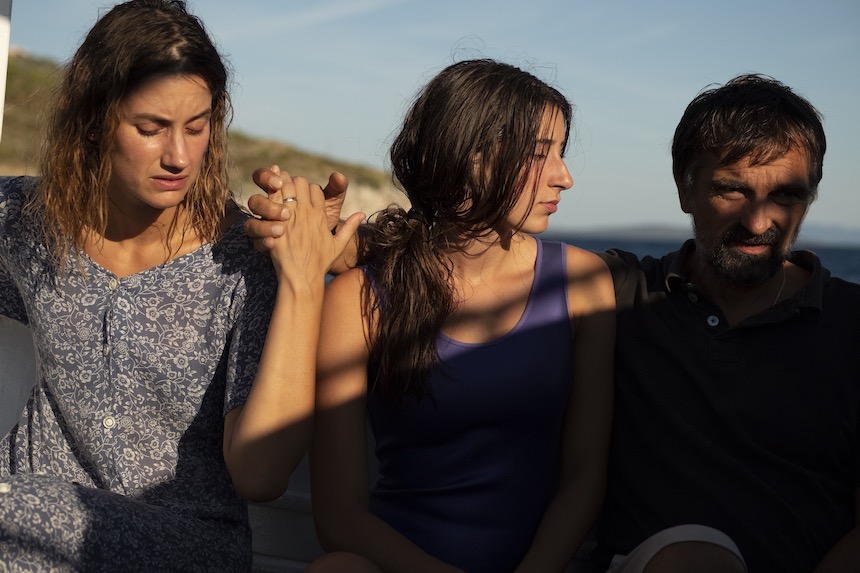 The complex mindset of the four protagonists

Alamat Kusijanović: I was very interested in portraying a young mother and daughter. Something about them being close in age made them friends and having a friendly conversation, very intimate and unfazed, with your parent creates enough tension and discomfort in that way, because they are talking about replacing her father with another man but it feels like not so scandalous because they are like two daughters, two girls.

Not every truth in Julija’s eyes is actually the general truth, it’s just the way she sees as a very resilient but also very young person, who does not have the wisdom of the mother of 20 years they’re apart.

Actually I did not want to have a coming-of-age of Julija per se, because I think that all of the characters are coming of age. We very rarely talk about coming of age at 35 or 45; 55 we do talk about it, we call it midlife crisis. But all of them are grown-up children, even more so than Julija, she’s kind of the most sober one, she surfaces first from her change, she just does not have wisdom yet. I was interested to see a child who behaves as an adult surrounded by adult children.

For Nela it’s of course difficult because she had all the potential that Julija has, but she made certain choices in life and those could not have been changed once she had a daughter and was space-locked there, to that island, to that man, to that mentality. It was inevitable for her to justify that life to be able to survive. Only with the puberty of her daughter she was very confronted head-on with the things she’s been lying to herself for a very long time.

For Ante, I think his tragedy comes from always being in proximity of wealth but never really achieving it. Especially having a wife like Nela who is a real, in his mind, physical asset, it’s frustrating for him to not have been able to compete with Javier.

For Javier it’s like a game, he’s coming and playing family without consequences, with other people’s lives. He finds it even more so challenging that these people that seemingly have nothing to lose, are just going to follow his lead, to the man who can really acquire, buy or get anything he wants. The significance of the title

Alamat Kusijanović: Murina (moray eel) is an animal that is a delicacy in Croatia. We say that you need to strip her skin and reverse it upside down to let it burn on the fire and its fat melts over its meat. There is something sensual and violent about it, in the way that that female animal is treated, because in Croatian murina is a female. But also she’s ready to bite and hurt, not only the one that traps her but she’s ready to hurt herself in order to free herself, and for me that is Julija, you know? She’s ready to sacrifice her family, to jeopardize her life, to do anything she can to escape the entrapment, even go against her own mentality and impulse. 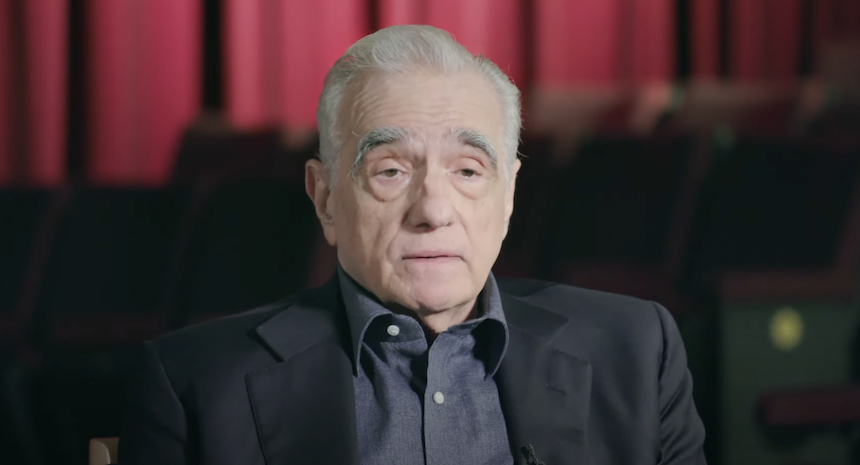 Alamat Kusijanović: Once I had a short that was circulating big festivals, I was approached by RT Features, Rodrigo Teixeira’s company. They really wanted to make my second film and they had made this collaboration with Martin Scorsese. He saw the film and really loved it, they came on board and later he really liked the story and was very involved in watching the drafts of the editing. I felt that having him on board and supporting me as a director, rooting for me, it opened for us the possibility to reach wider audiences because Marty is behind the project. Of course the film speaks for itself but it feels so endorsing to have a master like him behind us. Alamat Kusijanović: I’m interested again in a relationship between parents and children, I’m making this film about mother and daughter. It starts in New York and then they go to Mexico. I’m very excited about it because I did spend some time in Mexico, I went around different regions, I explored, and I was thinking of what this nature contributes to this film and why specifically Mexico that needs to be the world in which the story is set. I specifically liked how something both pagan and Catholic merges into one, almost homogenous religion. This movie is not about religion but it is about afterlife, and I found that this environment of Mexico was very good for it.