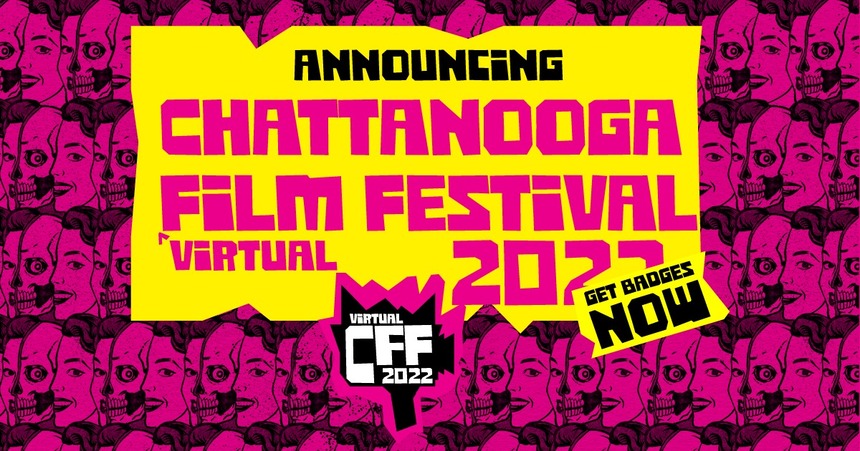 The premiere genre film fest in the American South is back with their third all virtual edition, and this year's Chattanooga Film Fest looks to be another winner.

In addition to the previously announced films, we've learned that Eric Pennycoff's The Leech is slated to open the fest, with Greg Swinson & Ryen Thiessen's Night Shift to close it all out. In between is a solid line up of features, shorts, and events that make CFF one of the most exciting young festivals on the circuit.

Among the features being added in this round is Nikias Chryssos' (Der Bunker) A Pure Place, Bryan Connolly's comedy, Make Popular Movies, Mel House's Mystery Spot, and Alana Purcell's mysterious True Believer, which has me very interested.

There will be shorts blocks focusing on horror and genre films, student films, local films, and "strange and magical films". In addition, there will be a live taping of The Greatest Films Never Made podcast, a live commentary track for The Leech, and "A Magical Ass Evening with Shane Brady", which sounds delightful.

CFF runs from June 23rd-28th and is accessible from anywhere in the United States. Badges are still available (and very reasonably priced) at the link below. In the meantime, here's the rest of the line up:

SECOND HALF OF VIRTUAL LINEUP

Festival organizers are excited to announce the additional films and events for 2022, including the world premiere of Eric Pennycoff’s THE LEECH, a very buzzworthy Secret Screening, and a live taping of THE BEST MOVIES NEVER MADE.

Chattanooga, Tenn. (June 3, 2022) - As the Chattanooga Film Festival (CFF) dates of June 23rd - 28th draw near, festival organizers are excited to announce the second and final wave of programming, consisting of 20 additional features, six blocks of short films, and a selection of events that can be described as magical because there is magic happening—literally.

Highlighting the second half of CFF's feature film lineup is a trio of world premieres. Leading the pack is CFF 2022's Opening Night Film THE LEECH, from filmmaker and CFF alumni Eric Pennycoff. Pennycoff follows up his debut feature SADISTIC INTENTIONS with another wild piece of cinema ready-made for CFF's audience and starring genre favorites Jeremy Gardner and Graham Skipper.

Also making its world premiere debut is filmmaker Alana Purcell's charming comedy/drama TRUE BELIEVER. In the film, which won over the genre-hardened hearts of the festival's entire programming team, siblings discover family secrets at a quirky cabin in the desert.

In the festival's Closing Night slot is the world premiere of Greg Swinson and Ryan Thiessen's lean and mean thriller NIGHT SHIFT, leaving CFF's 2022 attendees with their blood pumping and eyeballs ready for whatever the talented duo of directors makes next.

Previously, the festival held multiple secret screenings, but there's only one—by design—this year. This Secret Screening will allow CFF 2022 VIP Badgeholders to be some of the first to experience one of the year's sure-fire home runs for genre film fans. So steeped in mystery and majesty is this year's secret screening that the festival has begun releasing a series of codes and clues surrounding the screening. Film fans can email their guesses to secrets@chattfilmfest.org. The first lucky fan to guess the screening will win a badge to attend CFF 2023.

As usual, CFF’s shorts blocks are a veritable smorgasbord of quality short cinema sure to impress and occasionally bewilder. These shorts blocks are being presided over by fan favorites and CFF alumni Andre Gower and Ryan Lambert of THE MONSTER SQUAD. The shorts lineup for 2022 includes more than 70 short films, comprising six feature-length blocks packed with new work from returning filmmakers Izzy Lee, Chris McInroy, and Beck Kitsis.

Rounding out this year’s live events are A MAGICAL ASS EVENING of, well, magic with filmmaker of the previously announced CFF 2022 selection BREATHING HAPPY and world-class magician Shane Brady; Eric Pennycoff, Jeremy Gardner, and Graham Skipper presenting a LIVE COMMENTARY TRACK recording along with other members of the cast and crew of THE LEECH!; Plus CFF will be welcoming filmmaker and film historians Stephen Scarlata (JODOROWSKY’S DUNE) and Josh Miller (SONIC THE HEDGEHOG 1 and 2) for a special live episode of their acclaimed podcast THE BEST MOVIES NEVER MADE.

CFF badge holders can attend nightly watch parties on the festival’s round-the-clock insanity that is the Discord Server. A schedule of events will be released closer to the festival, along with details on certain films that will only be open to badge holders without individual tickets available. Individual tickets for applicable feature films and the shorts blocks will be available 48 hours before the festival starts on June 23rd. VIP badges are available now at chattfilmfest.org. 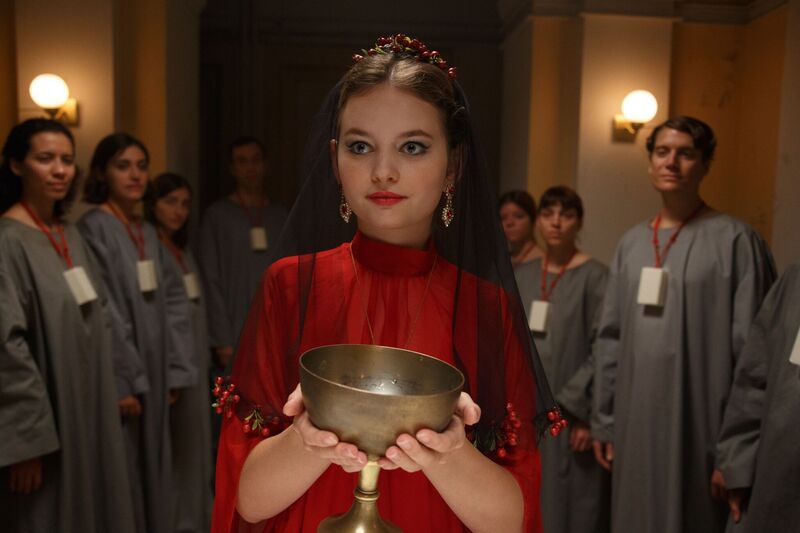 Award-winning director Nikias Chryssos (DER BUNKER) follows up on his success with the story of a young and feverish boy named Paul who must challenge the obsessive community that surrounds him in order to free his sister from the nefarious conspirations of the cult leader, Fust. 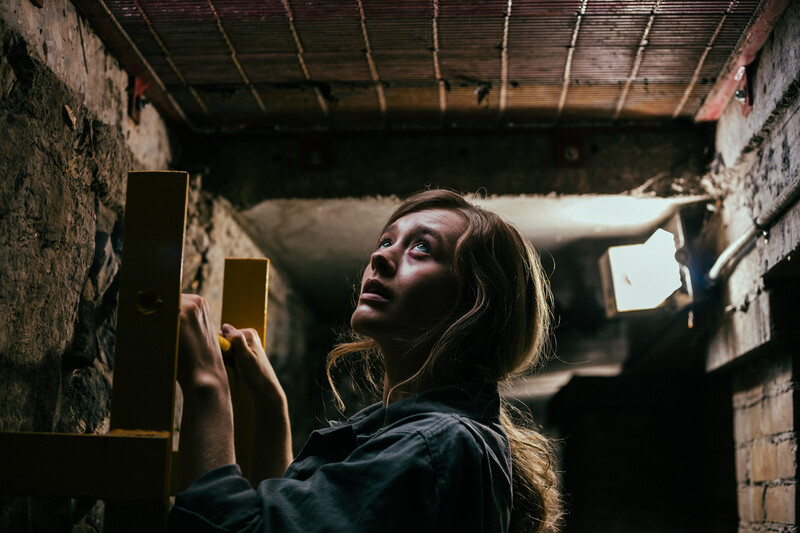 Trapped in an underground facility, five scientists wake from cryogenic sleep with no memory of who they are or how long they've been asleep. They soon make a shocking realization: a killer is hunting them down there, and may even be hiding among them. 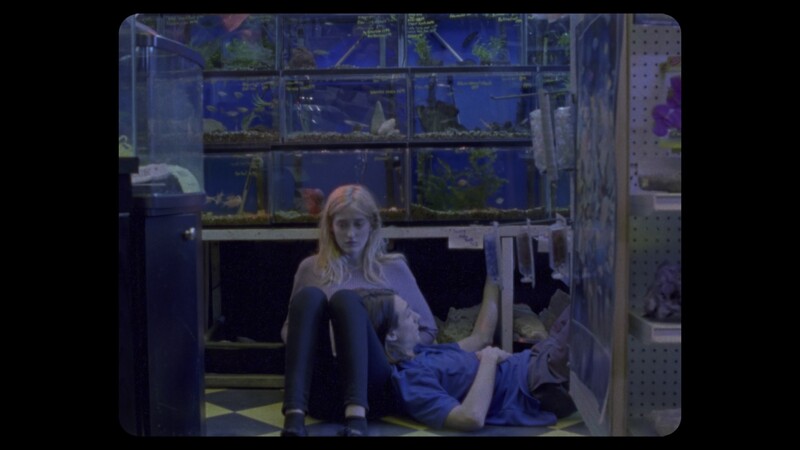 GIVING BIRTH TO A BUTTERFLY

After having her identity stolen, a woman, and her son’s pregnant girlfriend, bond together on a surreal journey as they attempt to track down the perpetrators. 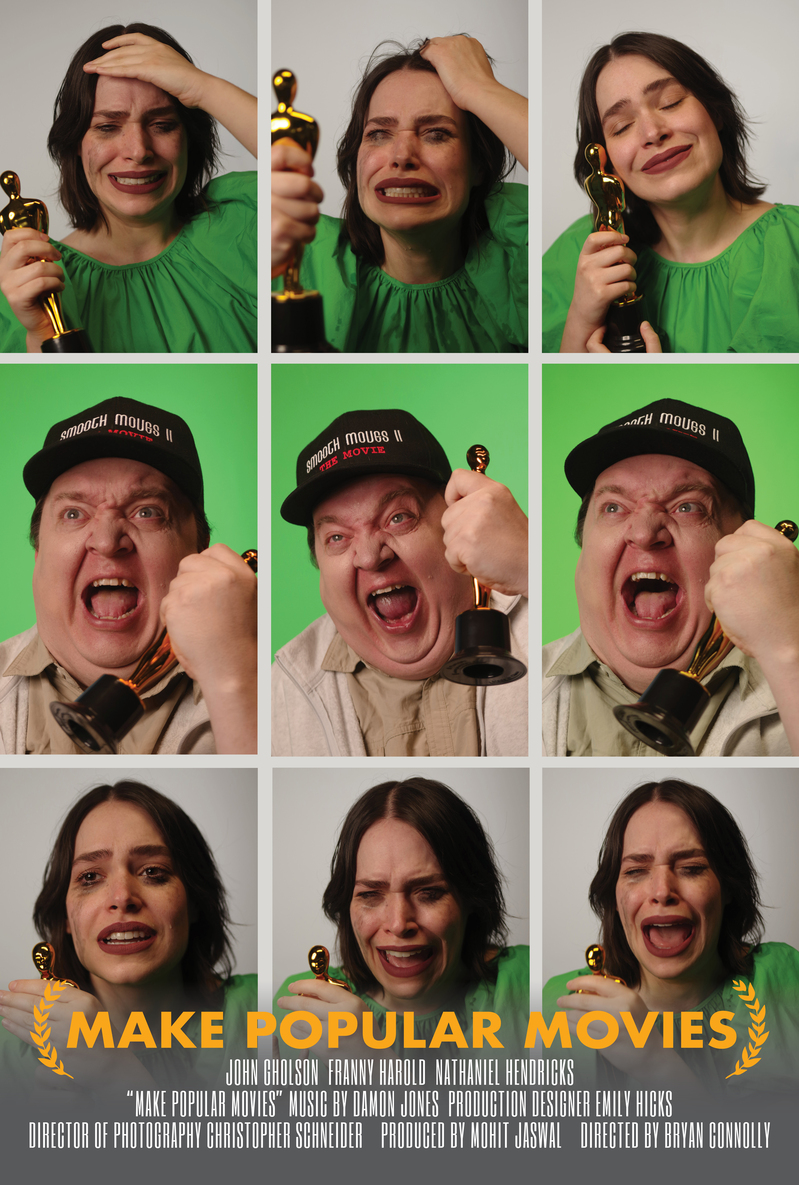 A self-important filmmaker aspires to change cinema. An actress and actor languishing in commercial hell gets cast. Through this journey they find fame and emotional destruction. Hooray for Hollywood! A slapstick absurdist film about how people create and view movies in the 21st Century. 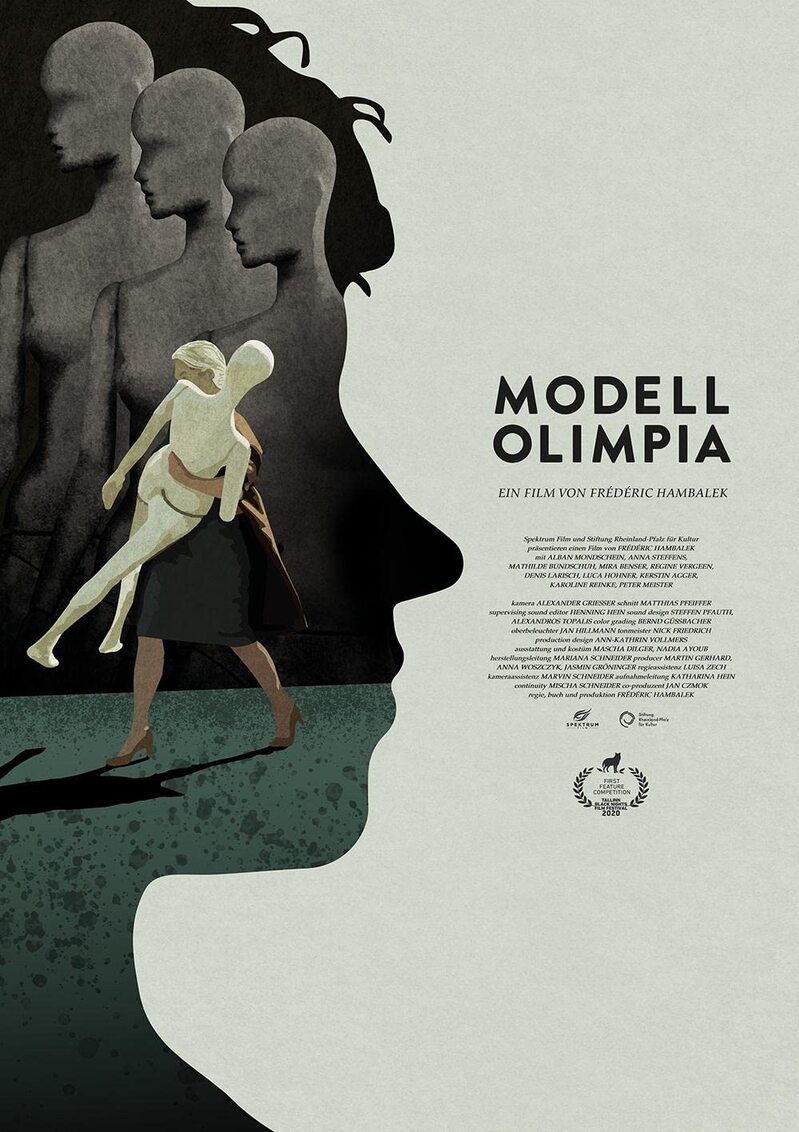 A mother has designed an unconventional plan to change her son's disturbing obsessions.

Twenty-something Jiwon attempts to deal with the loss of her mother and her father's worsening drinking. Faced with a violent neighbor threatening the family, and complicated love life, she accepts the aid of a local shaman. 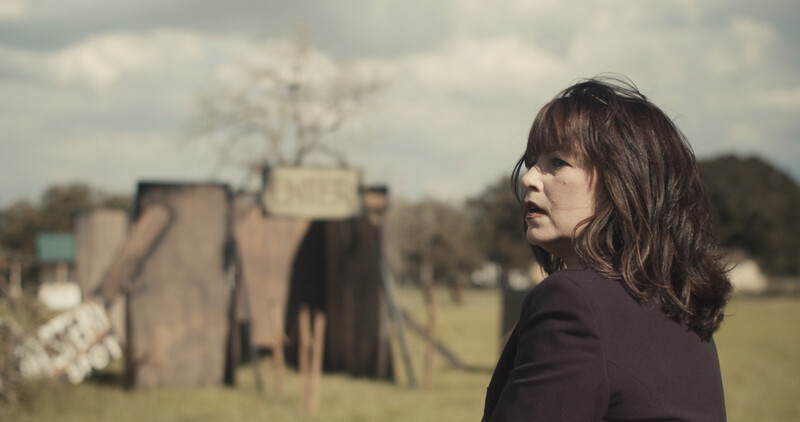 A number of lost souls find refuge in a small motel in the middle of nowhere, its only distinguishing characteristic being the ruins of an old Mystery Spot—a long-dead roadside attraction with strange metaphysical powers. Nathan and Rachel find solace in one another, both attempting to escape dark pasts that seem to be using the Mystery Spot to go from being painful shadows of their lives to very real entities of the present. Everyone at the Mystery Spot will be affected by its unique properties, but only some will survive its reality-shattering implications.

After a break-in occurs during her first night on the job, the lone night shift janitor must fight to survive when she becomes the target of the masked intruders. 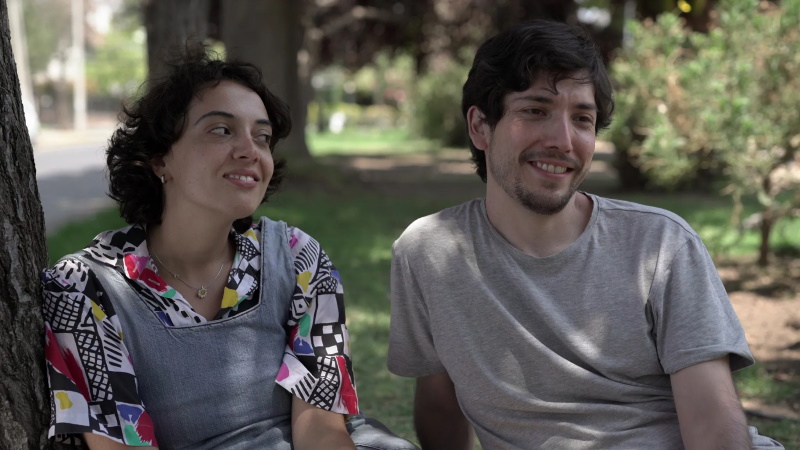 In filmmaker Roberto Doveris's heartwarming LGBTQ+ Chilean comedy, we follow Pablo, a young actor who dreams of starring in a movie, but to pay the bills, he has to work as a simulated patient in medical schools and bizarre alternative therapy sessions. 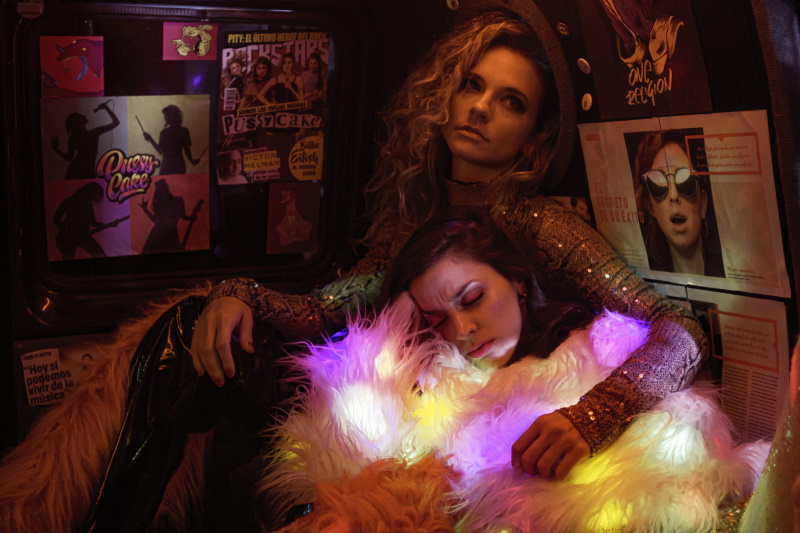 A struggling all-girl rock band goes on tour and discovers their worst problem is not just being forgotten by their fans. 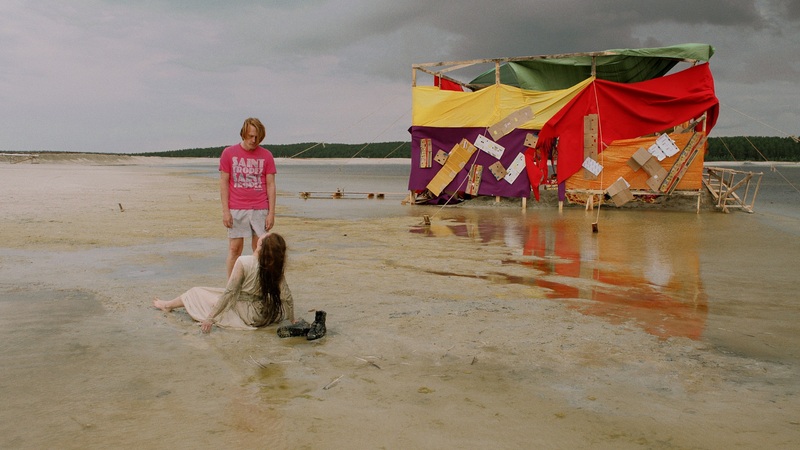 A film about the life of a modern Siberian Tatar village on a forgotten stretch of the Silk Road.

Though the CFF Secret Screening has long been a sacred tradition of our festival, this year's truly takes the cake. We're so excited about this one we've decided to shroud it even more in mysterious ass mystery than our past secret screenings. Yeah, we know there was that one time we made y'all join a cult before we started the movie, but it was obviously totally worth it! We've already begun dropping cryptic hints and badly rhyming clues for eagled-eyed festival attendees, and we've set up the email address secrets@chattfilmfest.org if you'd like to venture a guess as to what this year's secret screening is. The first person to email us with a correct answer will get a free VIP badge to CFF 2023. This screening is open to VIP Badge Holders only 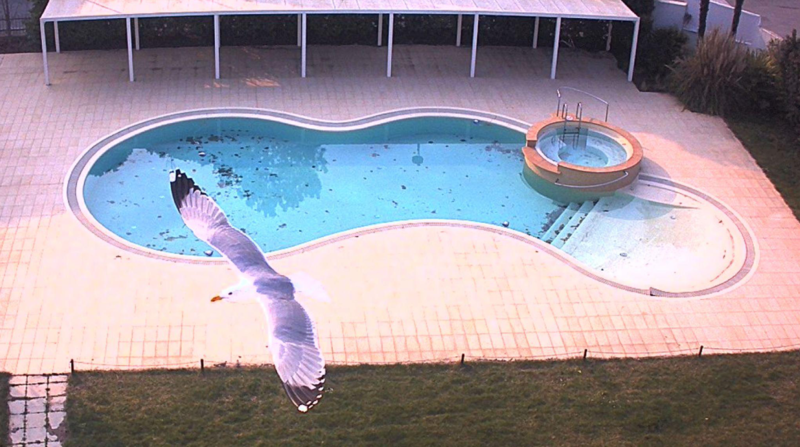 A portrait of humanity as captured by its surveillance cameras.

Two troubled women on the edge see their lives intertwined when they embark on a vicious crusade of revenge, fueled by shifting passions and haunting secrets. 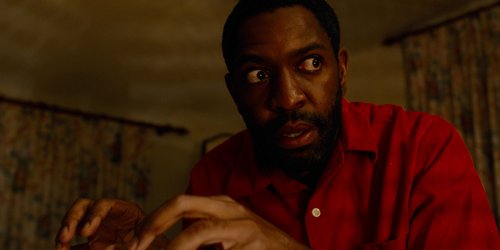 A concerned young woman moves home to look after her ailing grandmother and soon finds herself fighting a malevolent presence with a dark secret.

A devout priest welcomes a struggling couple into his house at Christmas time. What begins as a simple act of kindness quickly becomes the ultimate test of faith once the sanctity of his home is jeopardized

Abena and Kwame are struggling to recover from a devastating tragedy. They travel to Los Angeles for a vacation that they hope will help them find their way back to one another. Instead, during an awkward dinner with estranged friends, Vivian and Anthony, Abena is increasingly terrorized by an evil possessing the house. As her terror grows, it ultimately engulfs all four with horrifying consequences. 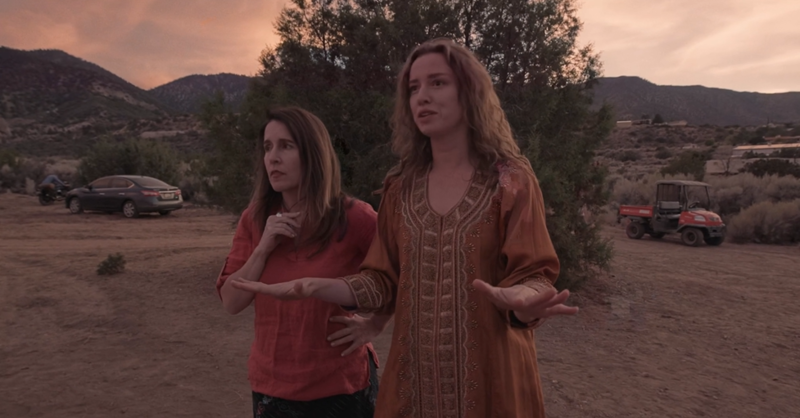 Siblings discover family secrets at a quirky cabin in the desert.

Anna gets paroled from a Polish prison after fifteen years behind bars. Once free, Anna has but one goal - to find a woman whose name is Dorota. 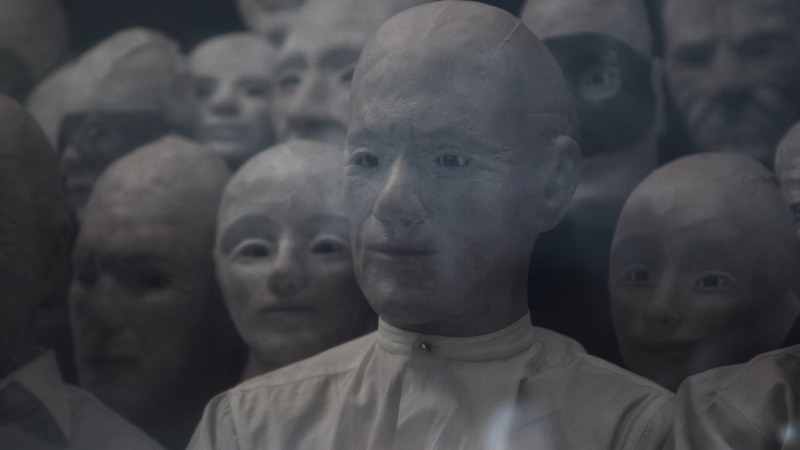 Gaspard is the last man on Earth. Zeria, his grandson, is the first human to be born on Mars. Gaspard tells him about his life, his fears, his loves... in the hope Zeria will come to see him before he dies... Zeria would be the first human being to return to Earth without having ever known it…

The Tennessee Entertainment Commission Presents the

Help celebrate CFF 2022's opening night film as we join THE LEECH’s writer/director/producer Eric Pennycoff along with the film's stars Jeremy Gardner, Graham Skipper, Taylor Zaudtke, and Rigo Garay for a cocktails (or mocktails!) encouraged live commentary track that will provide fun and fascinating insights into one of our wildest 2022 offerings.

Not only is Shane Brady a talented actor/writer/director, he's also one of the most gifted

magicians working today. Though his magic skills are on full display in his new film BREATHING HAPPY, making its world premiere at this year’s fest, Shane has a hell of a lot more tricks up his sleeve (sorry, we couldn't resist). Along with his lovely assistant—acting CFF Mayor David Lawson Jr.—Shane has graciously offered to regale CFF 2022 VIP Badge Holders with some of his signature magical badassery.

The Best Films Never Made Podcast

CFF is pleased to welcome filmmakers and film historians Stephen Scarlata (JODOROWSKY’S DUNE) and Josh Miller (SONIC THE HEDGEHOG 1 and 2) for a special live episode of their acclaimed podcast in which the duo explores the most legendary movies NEVER made. Laugh and learn about the weird and wild world of cinema that almost was!

The Return of the Monster Squad

Our ride-or-die homies for life, Andre Gower and Ryan Lambert, stars of earth's finest film, THE MONSTER SQUAD, make their triumphant return to CFF. They'll be acting as hosts for our Dangerous Visions and WTF Shorts blocks and leading Q&A sessions with this year's attending filmmakers. This year's CFF shorts RULE so we hope you're ready to ROCK UNTIL YOU DROP.

We've got your Saturday night all planned out for you: Join us on the official CFF 2022 Discord Server for a Double Feature Picture Show of the wildest order; we'll be watching filmmaker Jay Burleson's THE THIRD SATURDAY IN OCTOBER PART V! Immediately followed by THE THIRD SATURDAY IN OCTOBER PART I (trust us, this is the order in which you want to experience them). Throughout the watch party we'll be getting live dispatches and updates from the cast and crew's private screening, and we honestly can't wait to share in celebrating this fantastic pair of films with you.