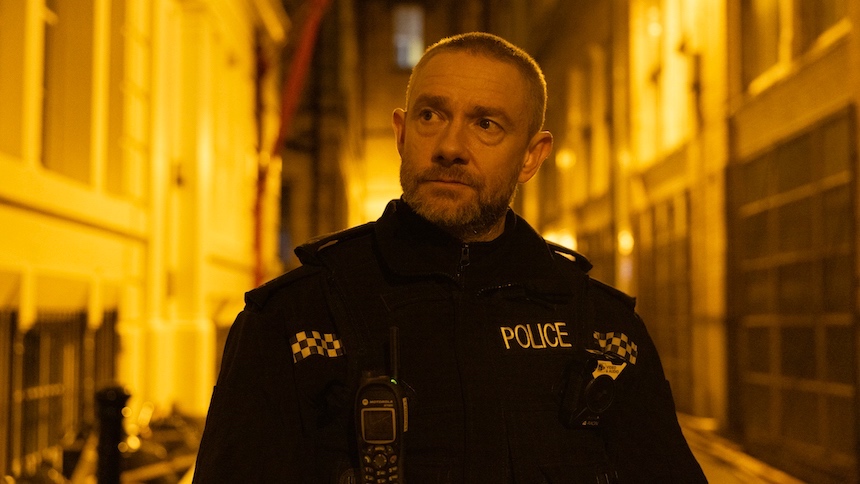 I need a shower, quick.

The Responder
The six-episode series debuts Tuesday, May 24, on BritBox. I've seen all six episodes.

Very quickly, it becomes clear that Chris Carson* is skittering toward disaster. Maybe an early grave.

Nightly, he patrols the mean streets of Liverpool, ready to respond at a moment's notice to whatever serious crime requires police attention. Daily, he struggles to keep it together in front of his partner and their young daughter. Outwardly, he handles the job as a seasoned veteran. Inwardly, he is fracturing under the stress.

Questions soon arise, however. Why is a man his age still patrolling the streets? And what is causing him to crack up? Isolated and lonely, he plays the part of a stoic soldier who is sliding down an inevitable path of self-destruction. Can he be saved? Or is he a lost soul?

Martin Freeman inhabits the role as though he were born to it, which is quite surprising, since it seems a long way from playing a different kind of Watson opposite Benedict Cumbatch in Sherlock, which is my first memory of seeing him, and even further from his days in Peter Jackson's Hobbit films as Bilbo. Here, he looks beaten down and exhausted.

Even before we hear his session with a psychiatrist, it's easy to conclude that he has mental health issues. Over time, we also learn about his life prior to being demoted to nighttime patrol duty, where he is expected to carry out his duties without making much noise.

Deep under the layers of stress and anxiety that cover his personality like a thick blanket, his heart remains tender and empathetic, which leads him into all sorts of serious trouble when a drug addict (Emily Fairn) he's been trying to help makes a very serious mistake that could cost, not only her own life, but also that of others. Chris* (Freeman) can't keep himself from helping her; he might as well be sticking a "kick me" sign on his own backside.

As Chris* struggles to keep himself from falling into the eternal night, he is assigned a new partner, Rachel (Adelayo Adedayo), a rookie officer whose purity of intention has not yet dimmed. She is wise to the ways of the world and knows that the shadows can either hide or reveal what is really happening. Mostly, Rachel wants to learn, but life and her short time on the force has not yet beat her down; she is still determined to do what is right, even if it brings her into greater conflicts with those around her.

Created and written by Tony Schumacher, a former police officer, the show is inspired by his experiences, though the crimes that engulf him are entirely fictional. Even so, The Responder has the ring of truth. No easy answers await, and no one escapes without enduring lasting pain. 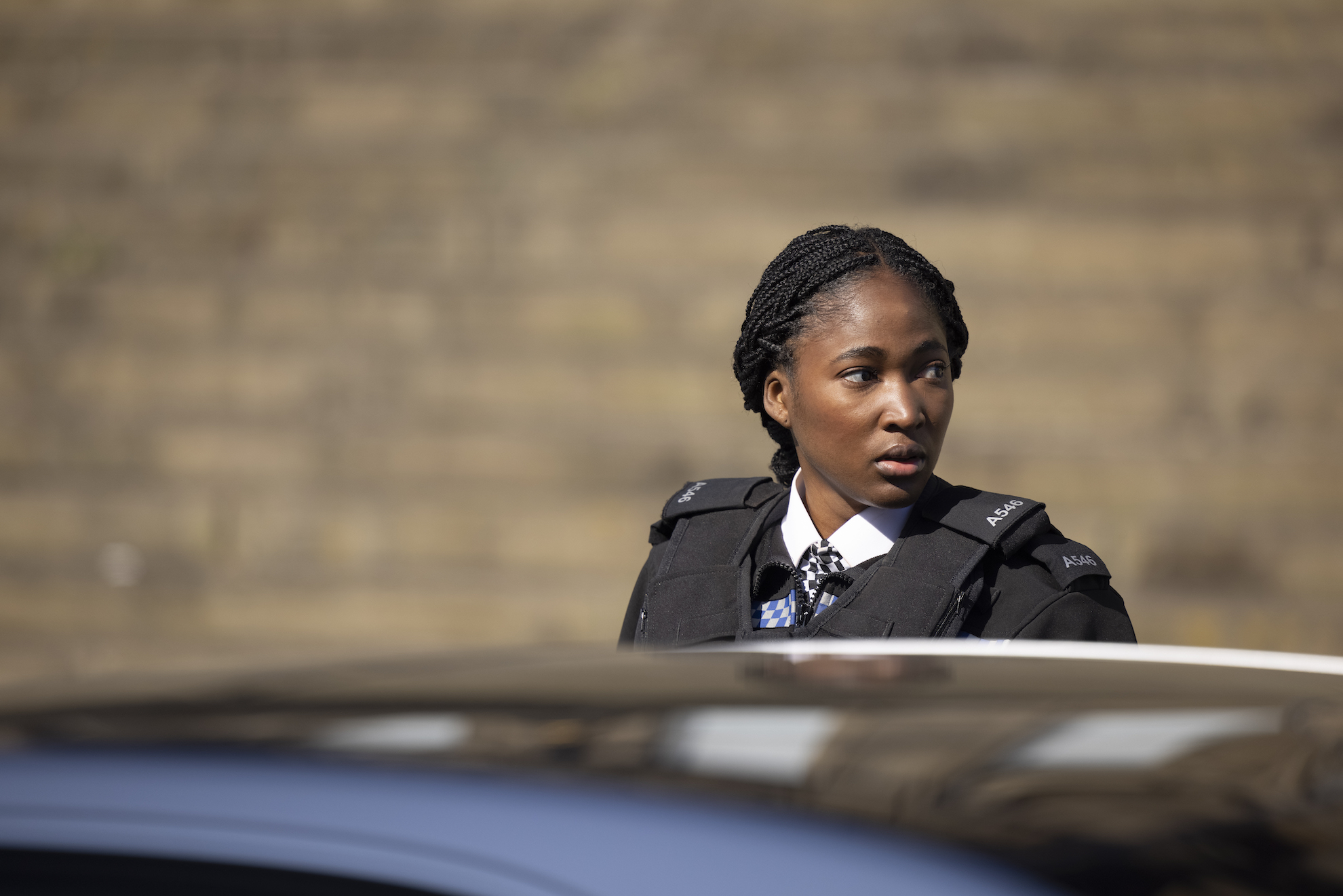 Do you feel this content is inappropriate or infringes upon your rights? Click here to report it, or see our DMCA policy.
Adelayo AdedayoBBCBritBoxMartin FreemanTony SchumacherUK