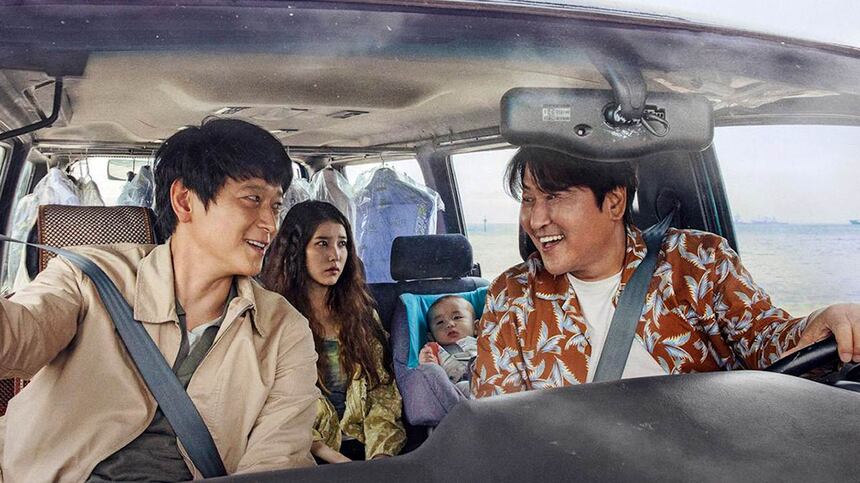 Apparently, one political hot topic permeating Korea nowadays is the controversial existence of something called a baby box.

The purpose of said box is for reluctant new parents to anonymously abandon their unwanted newborn into the care of professionals who make their living finding parents for the child. Despite how well-meaning, these people are essentially brokers. The question of whether or not their missions are a force of good or perhaps overly encouraging child abandonment is a topic of much debate.

Japanese auteur Hirokazu Koreeda doesn't claim to have the answer, or even an opinion as far as I can tell. What he has is a fascination with the question which translates into one of the most moving films to come out of Cannes 2022.

His Korea-set film is led by the powerhouse Bong Joon Ho veteran Song Kang-ho, most recently of Parasite fame, as a baby broker who, along with his partner, soulfully played by Dong-won Gang, seeks loving parents unable to adopt by traditional means. If their trade can be boiled down to brokering, then the parents can be just as easily labeled ‘buyers’.

Considering the endless array of human traffickers always lurking in the shadows out to purchase entire lives, the stakes of the brokers' operation are high and they must constantly be on alert for fake couples hired to dupe them into selling them infant people. It’s no wonder they’re being tailed by the police before the film even begins.

Both brokers have their personal reasons for finding themselves in the shady trade and while profit at least somewhat enters the equation, we will come to learn it’s far from the driving force. Then one evening, a woman makes a baby deposit that will force everyone involved to reconsider everything they assumed they knew about mothers who abandon their children.

Played by K-pop megastar Lee Ji-Eun, aka IU, the conflicted new mother returns the next morning to undo her hasty decision or at least to personally ensure that her son is given a proper home, thus beginning the story's foray into road film territory as the trio, along with another young orphan, seek worthy parents for the unwanted baby.

Along the way, bonds are formed between the unlikely crew of loners that will tug at the most hardened heartstrings as our heroes come to gain perspective on their own fractured families by attempting to prevent a lifetime of loneliness for the newborn.

I hadn’t personally heard of IU and her mega fame going into the film so I just assumed her incredibly moving performance was par for the course. Having now come to realize who she is, I’m all the more impressed by her central situation in the tight-knit ensemble. Similarly, a newcomer to the achingly beautiful work of Hirokazu Koreeda would never know that his new film wasn't directed by a Korean filmmaker.

As per usual, Koreeda’s touch is a light one, but as he's proven many times before, sometimes a feather weighs a ton. The abandoned deserve a family film and I truly hope that those who need it most find Broker.

Do you feel this content is inappropriate or infringes upon your rights? Click here to report it, or see our DMCA policy.
BrokerCannes 2022Dong-won GangHirokazu KoreedaIULee Ji-EunSong Kang-ho