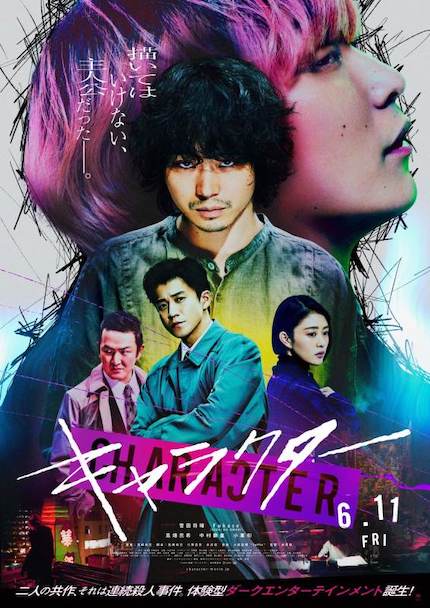 An aspiring artist gets far more (very bloody) inspiration that he needs in the new Character trailer.

Directed by Nagai Akira, whose previous film was the romantic drama After the Rain (2018), the crime/horror thriller from Japan is described thusly on IMDb:

"A kind man aspires to become a comic creator, but villains and evil deeds do not come easily to him. Things take a surprise turn when he comes across a family who were described as idealized that are no more."

As I noted above, the trailer, which looks very slickly made and propulsive, is also very bloody, so it is likely NSFW (not safe for work), unless you work at a slaughterhouse. More information is available at the Japanese-language official site. Character is heading for release on June 30.