Review: THE AUTOMAT, The Halcyon Days of Good, Cheap Food 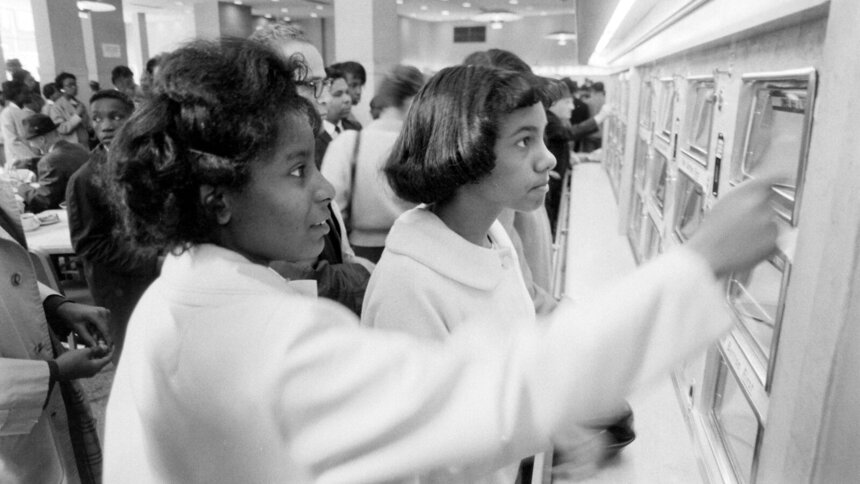 Perhaps it's my age revealing itself, but growing up, the idea of opening a window and getting freshly prepared, hot food seemed like something out of science fiction. No person to ask for help, just see what you want, open a transparent door, and it's yours (thank you, Star Trek). Now, I'm not *that* old, and such as place existed in the USA decades before I was born. While it only existed in two cities, its near span of the 20th century marked it as an indelible part of US food history, and a reflection on the changing times.

Lisa Hurwitz's charming documentary The Automat takes a loving look at this Philadelphia and New York institution, beloved for generations, that rose and fell with the times. With interviews with former CEOs, employess, as well as rather notable patrons of the famed restaurant, such as Elliot Gould, Ruth Bader Ginsberg, and Colin Powell, all with Mel Brooks acting as a kind of maestro, Hurwitz's film is both a love letter and a niche history lesson.

Born out of the new urban work force, which needed good food at a reasonable price, the Automat restaurants prided themselves on fast service - but not fast food. The pre-WWII days allowed for a lot of plenty without great expense to the public, and Hurwitz focuses on how the chain managed to find that niche market. Any and all were welcome, and at a time when cities were bursting at the seams, it was the perfect place for a good meal, and apparently, an excellent cup of coffee.

Hurwitz gains access to some amazing archival footage (I'm guessing this doc was put together over several years, given the extent of her research), with testimonies from some of the early workers and executives, stories passed down through generations. The personal is matched with the history not just of the company itself - the inspiration that came from Europe, tweaks to fit the American market, the engineering and logistics of the large operations - but how the urban environment was perfect for such an institution. 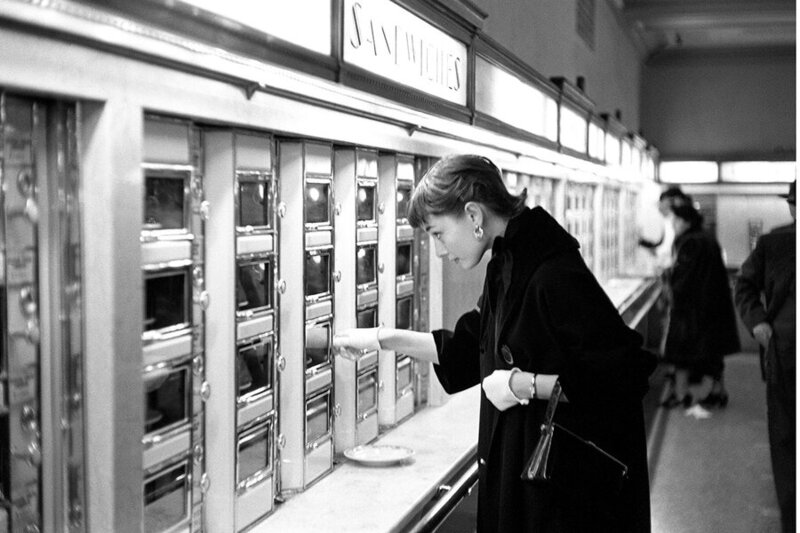 Office workers, constructions workers, professionals, kids, men and women, white, black, jewish - Automat and the people who ran them prided themselves on welcoming everyone. The restaurant is a setting in several old Hollywood films, and celebrities were known to frequent the many locations. Brooks himself acts as a voice of the working class who nejoyed it as a child, and later how he and his fellow thespians would visit between rehearsals.

While it's good to have both customer and employee/executive recollections, the inclusion of Howard Schultz, CEO of Starbucks, is a bit of a head-scratcher. Given that his food isn't particularly cheap, and we've seen how the company treats its employees, it would seem a marked contrast to both the spirit and letter of what we're told of the Automat company. Though the documentary does cover some labour unrest in the company, only those with positive outlooks appear - perhaps a deliberate choice, but given how the restaurant served as a reflection of the changing urban landscape from the 1950s until the last Automat closed in 1991, it seems to be a significant missing piece.

Even with this missing piece, this is a very entertaining film, a delight to watch Brooks in a kind of conductor position, the love and nostalgia people had for this very unique restaurant and experience, and how it reflected a broad spectrum of American society during decades of change.

The Automat is currently playing in select cinemas in the United States, and opens in Toronto on April 22nd, and Montréal on April 29th.

Do you feel this content is inappropriate or infringes upon your rights? Click here to report it, or see our DMCA policy.
Lisa HurwitzMichael LevineRon BarrettMel BrooksLorraine DiehlDocumentary