Miya Cech and Rhea Perlman star in an indie comedy-drama, written and directed by Kate Tsang. 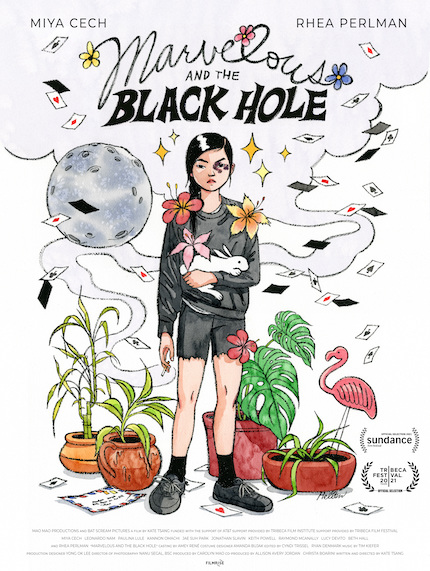 It’s a given that coming-of-age tales tend to be formulaic, depending as they do on a combination of incredibly specific genre tropes (angry, disillusioned teens or preteens, distant, uncomprehending adults, life lessons delivered by unconventional outsiders), but as always, it’s not the template or formula that matters as much as what a filmmaker, putting their own individual stamp or spin on the aforesaid tropes, does with them.

When we first meet Sammy Ko (Miya Cech), a perpetually frowning mischief-maker, she’s waiting for her father, Angus (Leonardo Nam), to extricate her from another, potentially disastrous situation: She’s gone wild, toilet-papering the bathrooms and empty corridors of an empty high school. It’s an act of rebellion all but calling attention to Sammy’s emotional well-being or lack thereof.

A year away from the sudden, unexpected death of her mother, Sammy hasn’t properly processed her mother's loss despite the well-meaning, if fumbling, attempts by her father, the less-than-well-meaning disinterest of her older, videogame-obsessed sister, Patricia (Kannon), or the unseen therapist who failed to help Sammy reconcile herself to her mother’s passing.

Add to that the new woman, Marianne (Paulina Lule), in Angus’ romantic life, a virtual replacement for Sammy’s mother in Angus’s affections, and it’s enough for Sammy to almost explode at a family gathering. She doesn’t, but after the latest incident, Angus's patience has worn thin and he seems more than willing to send the recalcitrant Sammy to a behavior modification camp for wayward youth. (Sammy imagines the “jail camp” in the worst possible manner.)

Before implementing the "tough love" nuclear option, though, Angus gives Sammy one last chance to prove she's capable of re-embracing social rules and societal norms in the form of a community college course, “Intro to Small Business,” run by an overly earnest instructor, Leo (Keith Powell), and populated by a random assortment of characters, each one with a dream of becoming a small business owner.

It’s not until Sammy, fleeing the business class and the return to normality it represents in her mind, that she literally runs into Margot (Rhea Perlman), a children’s magician, on the way to an important appointment at a nearby children’s center. Margot claims she’s in need of an assistant, but it’s obvious she doesn’t. It’s just an excuse to help someone she sees in distress.

While a surly Sammy initially resists the lessons in magic or, of course, “life,” Margot has to offer, accepting them only out of expediency and not out of a genuine desire to learn anything, Sammy slowly begins to relent and in turn becoming enamored of Margot and the offbeat, odd world of magic and magicians, moving Sammy — and the audience along with Sammy — into taking the first, tentative steps into accepting her mother’s loss and a reconfigured future without her mother and reestablished bonds with her father, sister, and Marianne.

Animation veteran Tsang periodically peppers Marvelous and the Black Hole with intentionally crude, overlaid squiggles and diagrams, illustrating elements of Sammy’s inner life or the fleeting interest of the moment (i.e., magic tricks). While it might be too quirky or whimsical for some, the occasional bits of animation add a welcome light touch to otherwise heavy, potentially wrenching material.

Even as one contrivance (Sammy and Margot’s initial “meet-cute”) gives ways to plausibility-pushing coincidences and a not unexpected ending (i.e., class presentation time), Tsang’s control of the material plays the audience’s heartstrings like a maestro, delivering just the right mix of humorous interaction, character-revealing dialogue, and grounded, persuasive performances to turn Marvelous and the Black Hole into a coming-of-age tale that transcends its generic origins.

Marvelous and the Black Hole 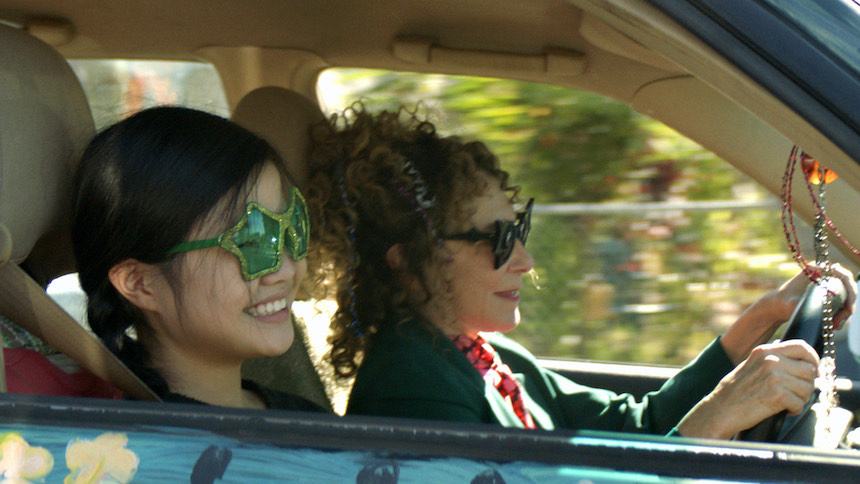 Do you feel this content is inappropriate or infringes upon your rights? Click here to report it, or see our DMCA policy.
KannonKate TsangLeonardo NamMarvelous and the Black HoleMiya CechRhea PerlmanComedy