Now Streaming: SPY X FAMILY, What We All Want 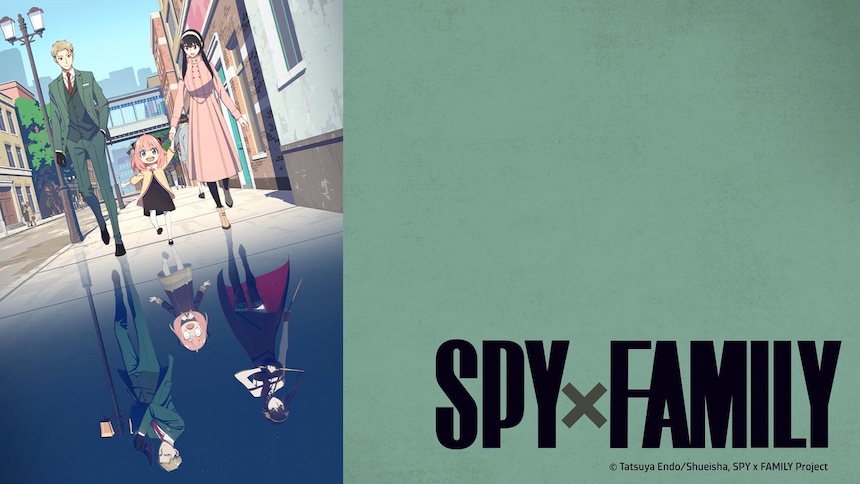 Why not? A spy, an assassin, and a telepathic child make perfect sense as a family in today's cracked-up world.

Why do you watch anime? Is anime all you watch?

Certainly, there is a sufficient variety of anime shows to fill nearly anyone's viewing schedule. Crunchyroll recently merged with Funimation, prompting me to start a new subscription to the combined streaming service last month. (Previously, I'd watched a lot of shows on VRV, which featured Crunchyroll titles, and also a fair number on Hulu, Netflix, and even Prime Video.) My idea was to prepare for the Spring 2020 Simulcast season, which kicked off at the beginning of this month.

As I noted a couple weeks ago, I was not overwhelmed by the two Netflix titles that debuted in the preseason, but I was not fully prepared for the avalanche of new shows debuting on Crunchyroll. According to their Simulcast Season section, 46 (?!) shows have debuted so far this season. Of those, at least 20 are brand new, so I decided to sample as many of those as possible.

Resuming my plunge into anime waters has reminded that certain genres do not appeal to me at all, including competitive sports (badminton in Love All Play, horse racing in Fanfare of Adolescence, football in Aoashi), yet I find myself enjoying Birdie Wing - Golf Girls' Story because it doesn't appear to revolve around the game of golf itself as it does around a young woman who is determined to escape poverty and provide for her family.

Likewise, Dance Dance Danseur shouldn't appeal to me, because it's built around a young man and his secret desire to become a ballet dancer, and similar shows have quickly lost their narrative drive. After just one episode, though, I was sold because the young man's bratty attitude seems tempered by a challenging domestic situation and a teacher who knows competitive drive when she sees it.

I've also added Deaimon: Recipe for Happiness to my watchlist because its very determined 10-year-girl and her talents for cooking and business show up the young man who may or may not be her father in a roughly charming manner.

I'm on the fence about Heroines Run the Show, which follows a spunky young woman who gets a job as a manager in training for a two-member pop idol group that is constantly fighting. I think her determination appeals to me most, since I can relate to the idea of someone trying to manage strong-minded people (ahem!).

A sly sense of humor, three relatable characters, and a plethora of action in Spy x Family made it an instant add to my watchlist.

Of course, they make a perfect family, even if Loid only means for it to be temporary, or just long enough to fulfill his latest assignment. Each has their own secret, and their own motivation for making the 'family' work, or at least give that appearance outwardly to others. I'm on the same wavelength as the writers, since nearly all the one-liners and the set-ups make me laugh, and the shows have been laced with a pleasing variety of action that is quick-paced and pushes the narrative forward.

The characters are down-to-earth and relatable, in that the spy and the assassin are confident in their professional abilities, while they are entirely insecure about their social skills, and have never had a close relationship before. As for young Ana, she cuts them down to size in her own mind, simultaneously building them up to push them toward success.

The goal is to enjoy a happy family life, and who doesn't want that, especially nowadays with the end of the world looming?