Now Streaming: ROAR, From a Whisper to a Scream 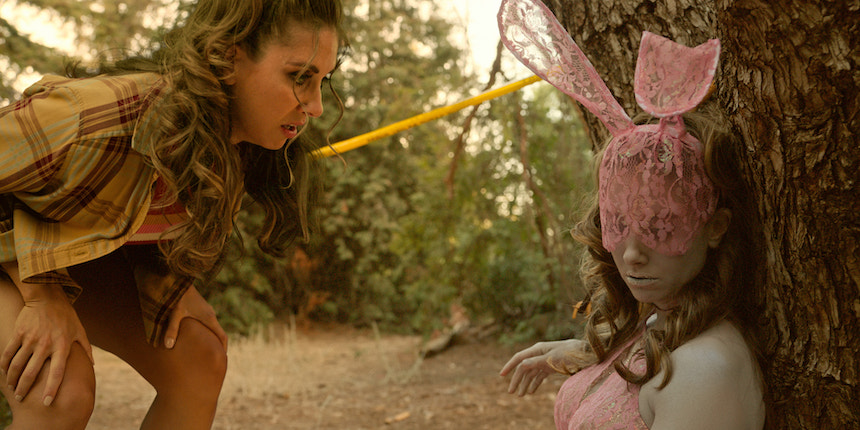 What do I know about being a woman? Absolutely nothing.

Each of the eight episodes in the series are based on a short story by Cecilia Ahern, and each has been fleshed out by series creators Carly Mensch and Liz Flahive (GLOW) into an episode that fully explores the ramifications of the titles selected. (First published in 2018, Cecilia Ahern's collection of short stories consists of 31 fables.)

The episode titles are taken to their fullest extreme, so that in The Woman Who Disappeared, for example, author Issa Rae literally disappears in the eyes of the Hollywood executives who have purchased the rights to her book when she begins to express her concerns. In The Woman Who Ate Photographs, Nicole Kidman does just that, as she is dealing with memories brought on due to her mother (Judy Davis) beginning to lose her memories; as she eats the photos, she is overwhelmed by memories of the moments captured in each photograph.

I especially liked The Girl Who Loved Horses, directed by So Yong Kim (In Between Days), which accomplishes a lot in its relatively short running time as a quasi-Western; it feels like a complete story, rather than a fable.

I'm not sure that binging all eight episodes is the best way to watch; the ironic developments, one after another, can tend to be too much of a clever idea, even though the episodes are beautifully designed and developed fully beyond the title. Some of them I definitely want to watch again, in order to savor how the idea is delivered.

The performances are uniformly excellent, even as the tone shifts from comic to dramatic and then back again. Most of the episodes are made with a lighter touch than the heavy handed conceit might initially suggest, flowing into unexpected nooks and crannies.

My closest approximation is to describe Roar as a sweet treat that is (mostly) good for you.