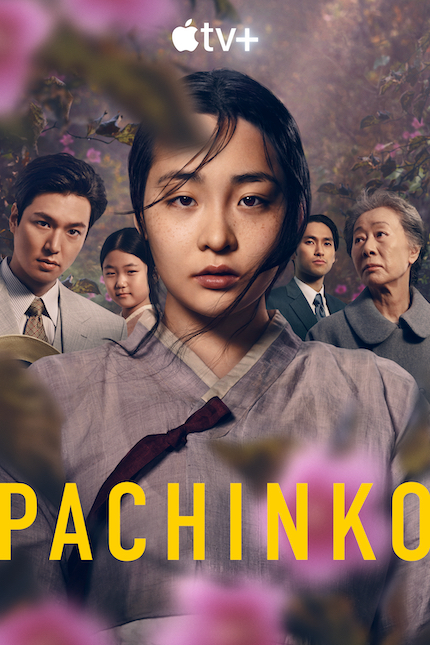 Stretching across the decades: Koreans living in Japan.

Bold, messy, sprawling, intimate, and infuriariating, Pachinko tells the story of a woman and her grandson as they wrestle with an imposing legacy of prejudice that has been handed down over decades against people of Korean descent living in Japan.

As a person of Mexican and Irish descent living in the U.S. for decades, I can only begin to relate to the profound depth of feelings that are explored in the eight-episode series, an adaptation of Min Jin Lee's novel, first published in 2017. The series is presented in Korean, Japanese, and English, mixed freely, depending upon the character and the situation.

Created by Soo Hugh, who has extensive experience as a writer and producer (The Terror, See), the series begins in 1915, as Sunja is born in a fishing village to parents of modest means in Korea, which had been annexed by Japan a few years before. Flicking forward to 1989, we meet Sunja's grandson, Solomon (Jin Ha), an ambitious banking professional in New York who volunteers to help his firm land a coveted development deal in Japan that is being held up by a stubborn landowner of Korean descent.

The first three episodes, directed by Kogonada (Columbus, After Yang), sway back and forth in time, following Sunja at 9 years of age (Yu-na Jeon) as she grows up in a time of harsh oppression imposed by Japanese rule, and also observing Solomon as he returns to Japan, first to Osaka, where his father owns a Pachinko parlor and his grandmother Sunja (Academy Award winner Youn Yuh-jung) cares for her equally aged sister-in-law, and then to Tokyo, where he endeavors to negotiate with the stubborn landowner, a woman who has no intention of selling her property.

Sunja demonstrates deft skills as a child, though her mother doesn't see the point of sending her to school. Years later, teenage Sunja (Minha Kim) falls under the spell of the powerful new District Fish Broker, Hansu (Lee Minho). They fall in love, which leads to unexpected complications that affect the entire course of Sunja's life, as she marries a kindly Korean pastor and moves to Osaka.

In 1989, Solomon prioritizes making the deal, which he hopes to conclude shortly, allowing him to return to the U.S. The Korean landowner's intransigence, however, relates directly to what Sunja has experienced throughout her life, rippling down through the years to Solomon, even though he is not aware of it and, really, doesn't want to deal with a legacy of hated and prejudice that has seeped deep into his pores.

For all that he denies and rejects his family's legacy, or endeavors to ignore or willfully forget it, the ugly past keeps rearing up. It's a past that is explored even more widely in the next five episodes, four of which are directed by Justin Chon (Blue Bayou, Ms. Purple), with Kogonada returning to direct an episode that is almost a stand-alone film, yet informs the rest of the series.

Featuring strong, supple performances and a thoughtful, propulsive narrative, Pachinko resembles a magnificent melodramatic epic, utilizing heightened historical events to show how they affected the people who experienced, survived, and learned from them. Vividly told, the lessons are often harsh, which does not in any way lessen their value. If anything, survival teaches its own lessons. And deep, engrained prejudice respects no national boundaries.

Do you feel this content is inappropriate or infringes upon your rights? Click here to report it, or see our DMCA policy.
Apple TV+CanadaJapanJin HaJustin ChonKogonadaKoreaLee MinhoMinha KimSoo HughUSYuh-Jung Youn