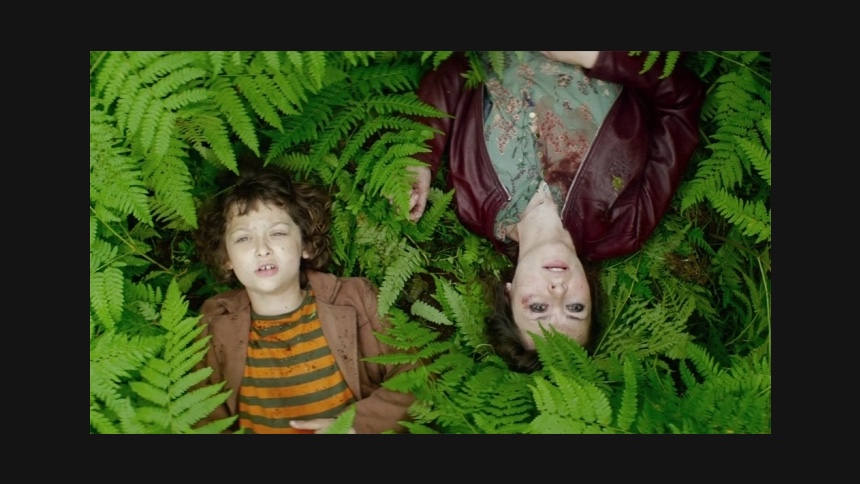 Up-and-coming Russian filmmaker Kirill Sokolov came to prominence with his apartment-bound black comedy Why Don´t You Just Die!. His sophomore feature, No Looking Back, follows in a  similar vein, exchanging interior scenery for open air. Once again tapping into his inner Quentin Tarantino, the young Russian director delivers a pulse-racing action flick with a bloody twist on dysfunctional families and the mother-daughter bond.

The story follows young mother Olga, who is about to be released from prison. Before the gates open to freedom, she endures a Fight Club-like goodbye beating that sets the tone for the remainder of the film.

Once outside, Olga -- susceptible to violent outbursts herself -- barges into the house of her mother Vera. Minutes later, she runs away with a gashing wound on her chest and lugging her 10-year old daughter Masha.

Masha is a precocious child, too smart for her age, and equipped with a wealth of swearwords, equaling the expletive-dropping minor Benni of Nora Fingscheidt's System Crasher. Not only is Masha the most likeable character from the lot, she becomes the film's MVP, bringing comic relief.

The domestic dispute turns physical and into a catch-me-if-you-can beat 'em up after Olga's ex-lover, police officer Oleg, joins Vera's side. Oleg's participation in the pursuit adds fuel to the fire,  since it was him who put Olga behind bars after yet another domestic argument ended up in a bloodbath when Oleg's opened eye met Olga's glass shard. Masha's mother and grandmother lock horns in a battle for her future, since neither woman wants the child to end up as they did. 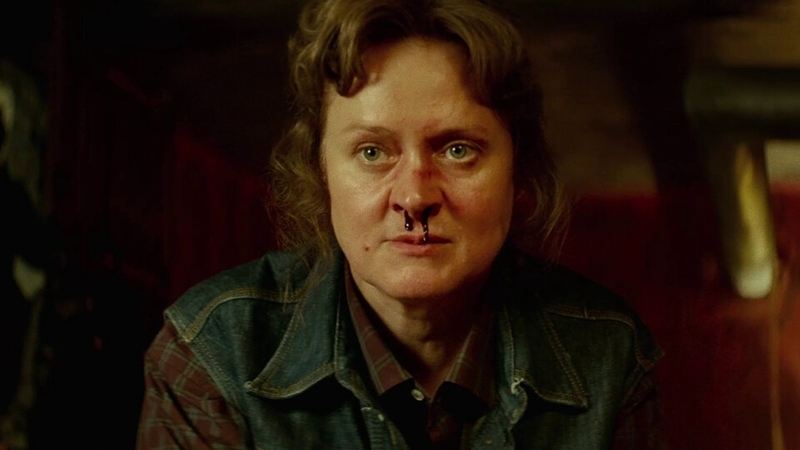 Sokolov does not back away from his reputation, established in Why Don´t You Just Die!, supplying excessive doses of mannerist violence. The choreography of fight scenes and its visualization draws from the convention of videogame rampage and the tradition of Western face-offs while Sokolov does not forget to telegraph jests in the process. The young director takes topics of motherhood and toxic families in a Russian mash-up of The Fugitive and an ultra-violent slapstick Western, taking the machismo out of the equation.

Despite the no-holds-barred approach in regards of the on-screen violence -- stabbing, kicking, slashing and shooting including -- Sokolov stages the bloodshed in an obviously hyperbolic manner. However, the aestheticized violence gets repetitive with the growing running time, which the director alters for an adventure and survivalist moments, embedding a running joke of a camping-trip-gone-bad. The three generations of women from the same family engage in a seemingly endless, although fairly linear, tug-of-war, masking what actually appears to be hands-on family therapy. 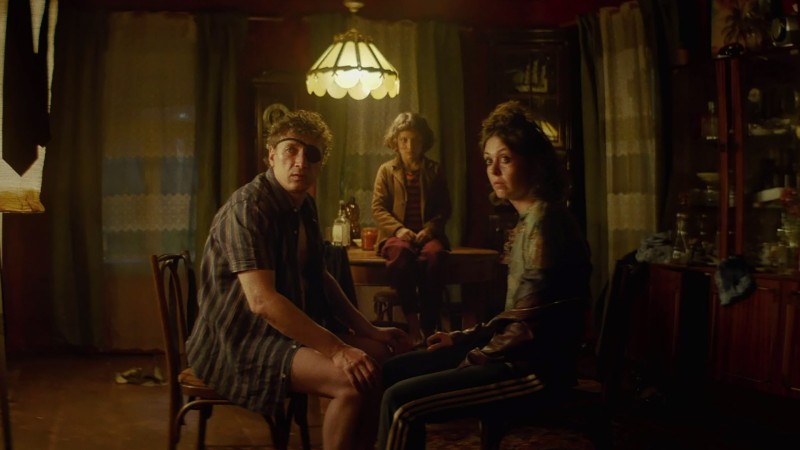 No Looking Back is equipped with a parallel subplot starring the prison warden and her son following in her tracks. The central line is based mostly on physical comedy while the secondary narrative threads verbalizes the message too explicitly for its own good.

The prison warden has a change of heart when she lears that she is about to become a grandmother herself. In a last-ditch effort, she attempts to force her son astray from a prison career to find another job and future for himself and his offspring, not repeating the sins of his parents.

Sokolov's second feature is warm and wacky genre fare, wielding outer overstylized transgressiveness to hide the family romp. While the topic of a dysfunctional family approached from the sole perspective of motherhood with bloody noses and gender-swapped action-western mashup feels refreshing, No Looking Back exhausts itself before the final showdown. Come for action, stay for sardonic Masha.

Sofia Krugova received the Best Actress award for her portrayal of Masha at the 2021 Tallinn Black Nights Festival.

Do you feel this content is inappropriate or infringes upon your rights? Click here to report it, or see our DMCA policy.
Kiril SokolovNo Looking BackRussiaTallinn 2021