Directed by Tom Donahue, the documentary examines the life of a cool cat who cut an independent path through mainstream entertainment. 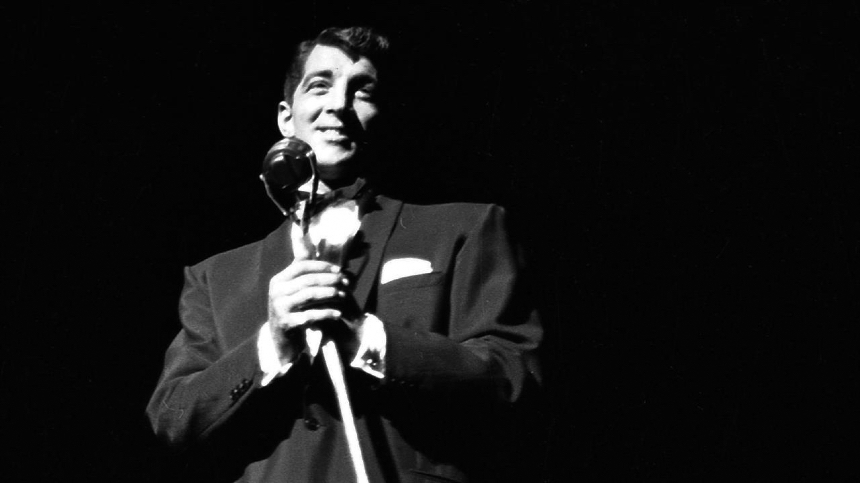 I confess: I thought he was passé. I was wrong.

Dean Martin: King of Cool
The film makes its world premiere at DOC NYC on November 14, ahead of its broadcast premiere November 19 via Turner Classic Movies.

My initial impressions of Dean Martin were formed in the 1970s, when he hosted The Dean Martin Celebrity Roast (1974-1984), a series of shows that ridiculed a (usually minor) celebrity in front of other cackling (usually minor) celebrities in front of an audience of cackling people. Panel members often appeared to be inebriated, and even in my youth, I found nothing funny about the shows, which were akin to witnessing a non-fatal automobile accident and laughing uproariously and inappropriately.

Nonetheless, I remained mildly curious about his fame in the 1950s as the comic partner of Jerry Lewis, and it wasn't just that we share a surname. With this in mind, I watched director Tom Donohue's documentary with growing interest.

The film itself begins with a rush of gushing praise from people who knew and worked with him, and is styled as a hagiography. There is nothing new or revolutionary about the documentary itself, which hews to the familiar 'authorized biography' style, presented in straightforward chronological order from birth to death, composed of archival news footage, archival recordings of the subject, and new, entirely admiring interviews from friends, family members, coworkers, and 'superfans.'

Yet the doc gave me newfound appreciation for Dean Martin as an independent artist who cut his own path through mainstream culture of the 1950s and 1960s, especially. From the evidence presented, it's strongly suggested that all the things he did, so that he would appear to be a constantly inebriated fella who never took anything seriously, in reality may have simply been a clever method to disguise his genuine artistic ambitions, modest though his goals may have appeared to be to others.

I'm most familiar with his film roles, where he definitely aimed to achieve mainstream stardom in mainstream films, and which are showcased in the documentary as well, beginning with his teaming up as the straight-man to Jerry Lewis in a series of successful comedies (not as easy as it sounds), to his first dramatic role (The Young Lions, 1958) and his surprisingly effective performance in Howard Hawks' Rio Bravo (1959), opposite John Wayne.

The doc puts Martin's varying film roles in perspective with his career as an uber-successful nightclub performer and television host. Beneath all this is the realization that Dean Martin always endeavored to keep his private life -- what made him tick, what motivated him, what kept him moving forward -- private, and away from the prying eyes of the press and the public.

In all this, Dean Martin: King of Cool caused me to rethink my own perspective on an actor and his roles. I might even listen to one of his records tonight.

Do you feel this content is inappropriate or infringes upon your rights? Click here to report it, or see our DMCA policy.
Dean MartinDOC 2021documentaryTCMTom DonahueTurner Classic MoviesUS