Trailer: There Is Something Strange Afoot In DIMLAND, In Theaters & VOD September 28th 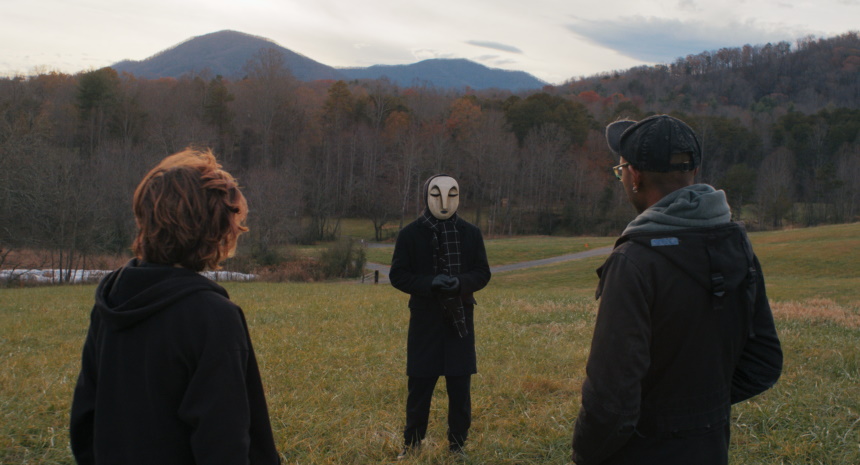 In this bittersweet fairy tale about life at a crossroads, Brynn and her boyfriend Laika take an impromptu road trip in an effort to escape the general malaise and melancholy of their dead-end lives in the city. Arriving at her uncle’s cottage in the mountains, she and Laika settle in, enjoying the solitude in their new surroundings. Evening bonfires in the distance and inexplicable movements in the forest suggest they’re not as alone as they think, and soon their suspicions are confirmed when a mysterious masked character arrives at the cottage. Rue is a figure from Brynn’s childhood whose return to her life is unexpected but not entirely unwelcome. Feeling an inexplicable pull towards Rue, she follows her friend deeper into the woods where she’s offered the kind of escape she’s been yearning for. But as her two worlds grow further and further apart, Brynn will have to decide whether to face reality and all its shortcomings or disappear into the darkness entirely.

Following its premiere at Chicago's famed Music Box Theatre on the 14th, DimLand will expand to New York and Los Angeles, with select theaters and VOD availabilty beginning on September 28th.

Do you feel this content is inappropriate or infringes upon your rights? Click here to report it, or see our DMCA policy.
Peter Collins CampbellMartha BrownMorgan CampbellOdinaka Malachi Ezeokoli