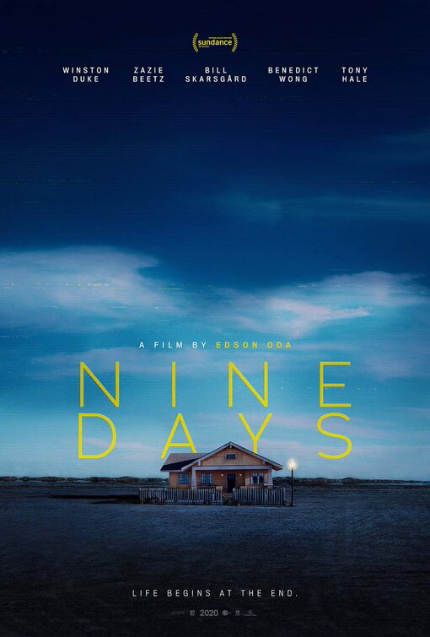 It takes an incredibly self-assured, self-confident filmmaker to decide ending his feature-length debut with a poetry reading isn’t just the best way to end his film, but the only way. It takes an even more incredibly self-assured, self-confident filmmaker to decide using Walt Whitman’s singular “Song to Myself,” as that film-ending poem isn’t just a great idea, but the best one too.

On the strength of writer-director Edson Oda’s remarkable debut, Nine Days, a profound, profoundly moving metaphysical exploration of love, loss, and everything in between, he made not only the best call, but the right one too. That Nine Days represents Oda’s first, feature-length effort bodes well for his future as a thoughtful, provocative filmmaker worth following for however long Oda wants to continue his filmmaking career.

It’s compelling from the first moment, when Oda introduces his central character, Will (Winston Duke, Us, Black Panther), an employee in a supernatural bureaucracy tasked with vetting unborn souls for life on the other side of the spiritual divide. Nine Days’s premise isn’t far from Disney-Pixar’s recent Oscar winner, Soul, though it should be noted Oda shot Nine Days in 2019. (It premiered at the 2020 Sundance Film Festival weeks before the world entered a year-long lockdown due to the COVID-19 pandemic.)

For Will, the task of vetting unborn souls has come with an emotional and mental toll and not only because, after nine days, the unchosen souls must return to the equivalent of Soul’s Great Before, but that Will, invested in the souls he does choose to be born and live, follows them eagerly, like a perpetually absent, if still present, father via old-school VHS recordings that play continuously across a dozen or so analog TVs.

One life in particular, followed from birth to premature death, vexes Will. While some of the chosen live lives of frustration and failure, they still live. For one of Will’s chosen, a brilliant, brilliantly talented musician, her life ends abruptly in a car crash. Like any parent, Will fixates on whether the musician died accidentally or, facing the unbearable strain and stress associated with live performance, she committed suicide.

Obsessed with obtaining an answer to why she died and where he could have erred in picking her unborn souls over others, Will doesn’t so much shrug off his responsibilities as recommit himself to choosing the “right” soul for the next, one-way trip to corporeal existence, a soul who can survive the slings and arrows of everyday life. Even as his best friend and sometime assistant, Kyo (Benedict Wong), pushes Will to embrace his supernatural life, Will pushes forward, interviewing one unborn soul after another, prodding each one in turn, searching for weak spots in their personalities, and when they’re found wanting, rejecting them from the pool of candidates.

Will’s role, however, extends to ushering the unchosen souls return to the Great Before with kindness, gentleness, and compassion. Each rejected soul gets to recreate one faux-memory from the hours of VHS tapes they’ve watched before they pass on.

Of the remaining unborn souls/applicants, two eventually stand out, Kane (Bill Skarsgård), a hard-edged soul who seems to fulfill Will’s newly revised requirements for life-on-earth. Somewhat true to his namesake, Kane exhibits an egotism and narcissism that, will unappealing, might signal his worthiness for being born, if only because Will thinks Kane might be better equipped to survive in our world than gentler souls like the musician who died prematurely. Will faces pushback of sorts, however, when he interviews the luminous Emma (Zazie Beetz). Unlike the others, Emma isn’t interested in currying Will’s favor in the selection process. She’s headstrong, stubborn, but unlike Kane, not without empathy or compassion to match a free-spiritedness and willingness to take risks.

On a purely narrative level, Nine Days ultimately comes down to Will’s decision between the remaining souls, but on a thematic, character-based level, Nine Days turns on Emma functioning as a conduit for Will’s self-reflection and his self-realization. Emma turns Will’s questions back on him, forcing him to confront the biases, prejudices, and assumptions that have colored his decisions and impacted the choices he makes. The supernatural setting and premise serve as pretext for a textured, deep-dive exploration of grief (Will’s), loss (also Will’s), and unconditional love (Emma’s) that give life its deepest meaning and richest rewards.

Nine Days is now playing in theaters throughout the U.S. via Sony Pictures Classics. 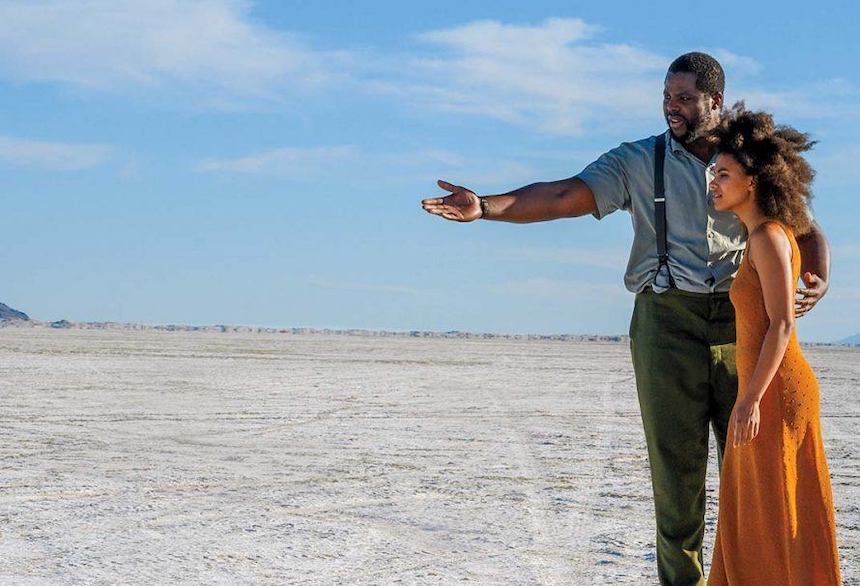