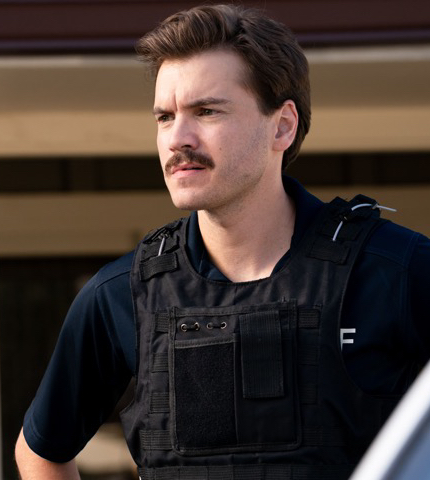 “The most significant young performance in generations in American film” is how Sean Penn described Emile Hirsch's work on the epic Into the Wild.

Hirsch physically transformed himself to bring to the screen the liberating and deadly adventure of Chris McCandless, who reached Alaska seeking to get away from social conventions. At age 22, Hirsch achieved his distinctive role, which remains the most recognized of his extensive filmography.

Fourteen years later, Hirsch is promoting Midnight in the Switchgrass, a crime thriller filmed during the COVID-19 era. Here his role is totally serious: Byron, a police officer who carries the burden of several unsolved cases of brutally murdered women. The American actor recalled, in an interview with Screen Anarchy, that he had previously “dealt with characters with this mindset, where there’s a lot of depth and sadness. I’ve played cops, and I played a Navy SEAL in Lone Survivor,” about a compromised mission that leaves four SEALs fighting for their lives against an overwhelming Taliban group.

At the beginning of Midnight in the Switchgrass, Byron receives more bad news: the body of a prostitute was discovered, the seventh similar case in two years, and another girl disappeared in a motel near a truck stop. All of this happens in the Florida Panhandle. Hirsch knows well the crime stories set in the American South; just remember his participation in Killer Joe, a crazy and dirty Texan pulp noir with dark humor.

In this regard, Hirsch commented: “I don’t know exactly what it is about these places. I think, in a way, their rural nature, their non-city stories. They’re more spread-out land-wise. It’s an area that’s stepped in tradition.

"In the case of Midnight in the Switchgrass, my character is a very religious man. Him and his wife (Jackie Cruz) are big believers. The key for me was to never let go of the idea that his spirituality was fueling him for a just cause, but also playing up the internal struggle. Kind of like Tommy Lee Jones’ character in No Country for Old Men: that last monologue where he’s giving meaning to his existence and getting really philosophical about the nature of good and evil and crime.

"I wanted to see my character struggle with his own spirituality: some of the heinous, awful and sad things that he sees, can erode his faith in God itself. Then that’s when his wife brings him back, to push him up and reinspire him in his job.” 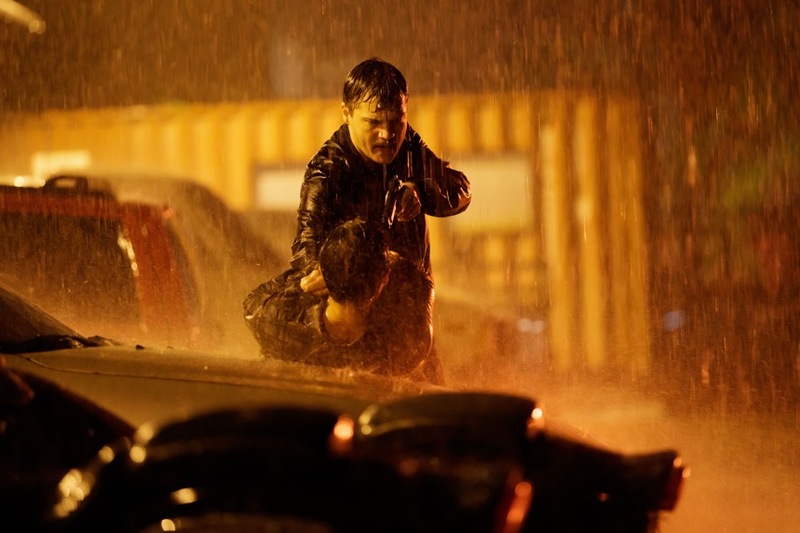 Hirsch's character eventually joins forces with Rebecca (Megan Fox), a member of the FBI and part of a sting operation in the world of prostitution and trafficked women. Despite not having the full support of their respective superiors, Byron and Rebecca are the only hope to stop a serial killer who’s apparently just a family man (Lukas Haas). The cast of Midnight in the Switchgrass also includes Bruce Willis himself, as Rebecca's partner, who abandons the dangerous operation.

“The first time I met Bruce Willis, I was 19 and I was working on Alpha Dog,” Hirsch remembered. The film, inspired by a real-life case, follows the money dispute between a California dealer (Hirsch) and one of his henchmen, an ex-convict, drug addict and neo-Nazi (Ben Foster). Everything gets out of control when the dealer and two of his friends (one of them played by Justin Timberlake) stumble across the neo-Nazi's brother, an innocent 15-year-old boy (the late Anton Yelchin); what follows is an unplanned kidnapping and a true tragedy. In that film, directed by Nick Cassavetes, Willis plays a feared criminal, father of the young pusher.

Hirsch recalled that the first time he worked with Bruce Willis, “we had a few drinks and I ended up basically just telling him what a huge fan of his I was, for, like, all night, it was almost embarrassing. I love working with these legendary actors. I’ve learned so much from Bruce and Mel Gibson (Hirsch shared the screen with the latter in Force of Nature). With these foundational movie stars, you don’t realize how many of their movies you’ve seen until you really go through their resume and realize you’ve seen like 20 of their movies. Bruce and Mel have made so many classics.”

Something similar happened to me when reviewing Hirsch's filmography to prepare this interview. He undoubtedly has a large number of valuable titles. Before Into the Wild, Hirsch stood out in such movies as the aforementioned Alpha Dog, the funny The Girl Next Door – a sort of spiritual predecessor to Superbad, with an unpopular teenager who falls in love with his beautiful neighbor (Elisha Cuthbert), whose past is connected to the pornographic industry– and Lords of Dogtown, an energetic portrait of the wild Californian youth that in the 1970s was vital for the evolution of skateboarding, thanks to the influence of surfing and skating in empty pools. 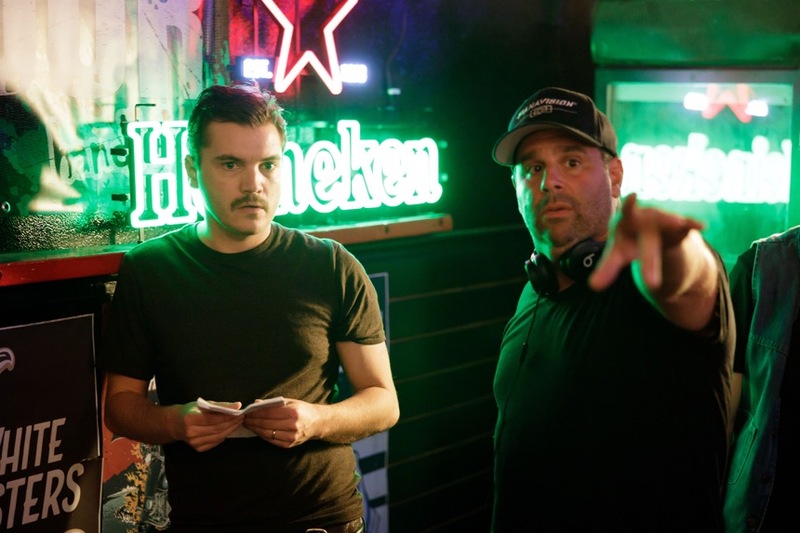 It’s especially valuable to watch these productions today because they’re the first steps of other stars besides Hirsch, who during the interview praised his contemporaries: “In the case of Paul Dano, we actually did three movies together: The Emperor’s Club, The Girl Next Door and Taking Woodstock, although we didn’t act alongside each other in Taking Woodstock.

"A lot of the work he’s done is so cool, I loved him in that Brian Wilson movie (Love & Mercy); and I loved John Cusack in that too, who I was able to work with him on Never Grow Old. Jesse Eisenberg was also in The Emperor’s Club, we were all 16 or 17, and then he did The Social Network and so many other great performances. Juno (Temple) was amazing in Killer Joe, it’s just great to see her doing all kinds of cool stuff. It’s just incredible.”

The charismatic Hirsch hasn’t been left behind. After Into the Wild, he had lead roles in films such as the underrated Speed Racer, or Prince Avalanche, a very funny and meaningful ode to friendship. He also worked with greats like William Friedkin (Killer Joe), Gus Van Sant (Milk), Oliver Stone (Savages) and Quentin Tarantino (Once Upon a Time... in Hollywood).

Given the time limits of our interview, I decided to ask Hirsch specifically about his experience under the direction of Friedkin and Tarantino, who in the actor's words are “pretty neck and neck in terms of the skilled talker.”

In Killer Joe, Hirsch's character is part of a rather dysfunctional family: the teenage daughter (Juno Temple) ends up in the hands of a detective and hitman (Matthew McConaughey) as a retainer because the haughty but not brilliant son (Hirsch), and the usually absentminded father (Thomas Haden Church), don’t have the money to pay in advance for the mother's murder. “Friedkin is like a loose cannon, it’s so much fun ‘cause he would just be so explosive and you just never knew what he would do. He would sometimes just do my whole thing in one take, he was that confident, he would never need a safety net. I don’t know if I’ve ever worked with a director that was as charismatic as Friedkin,” Hirsch wondered. 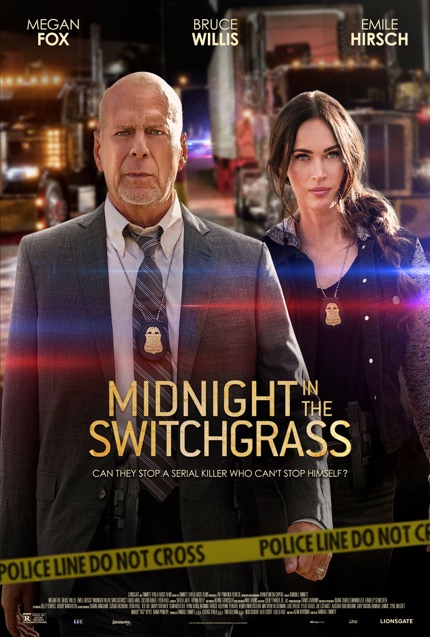 Hirsch portrayed Jay Sebring, Sharon Tate’s (Margot Robbie) stylist and ex, in Once Upon a Time… in Hollywood. Among his most memorable moments are his dancing at the Playboy Mansion to the rhythm of “Son of a Lovin’ Man,” his interactions with Charles Manson (Damon Herriman) and, at the end of the movie, Rick Dalton (Leonardo DiCaprio).

According to Hirsch, “Tarantino has a lust for life. There’s probably plenty of people that are as smart as Quentin in the world, but they don’t all have the same type of passion, that’s what really separates him.

"He’s like a little kid, he genuinely loves storytelling, movies or writing a novel. He’s just a natural, super gifted storyteller. On Once Upon a Time… in Hollywood, I had 18 or 19 shooting days that were spread out over about five months. To be able to spend that amount of time around Tarantino was such a privilege.”

Returning to some of his most memorable roles, Hirsch couldn't help being surprised by his own journey: “I’ve been professionally acting every year for 26 years. It’s kind of funny that sometimes I forget, then I’m like ‘wow, I’ve been literally doing this for 26 years, goodness.’ It’s wild.”

Midnight in the Switchgrass is now in select theaters, on Apple TV and everywhere you rent movies, Blu-ray and DVD.