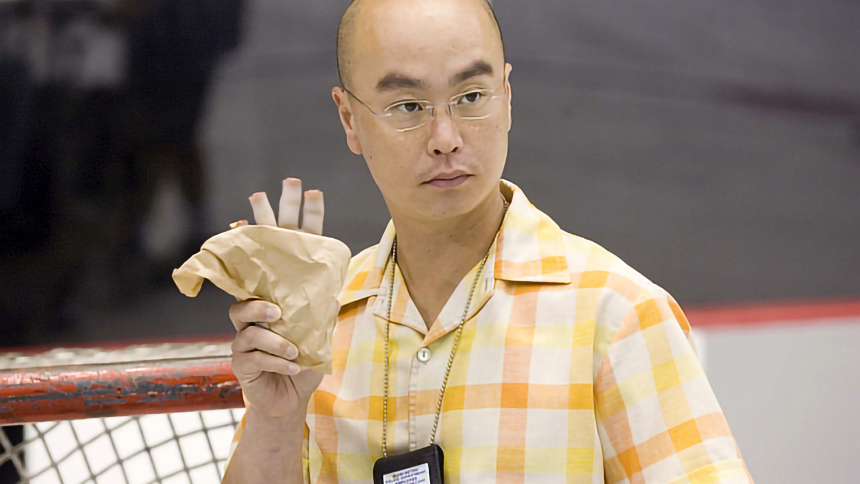 Korean-American actor C.S. Lee, who may be best known for playing a forensic scientist on TV's longrunning Dexter, has joined the cast of Quentin Lee's next project, How to Talk With Spirits, in the role of ... Quentin Lee himself!

The filmmaker explains: "In the new draft of the feature film script, I incorporated myself as a character to open the movie where I met psychic June Ahern for the first time." He added: "Because I'm not an actor and I have been a fan of C.S. Lee, a fellow Yale alum, I reached out to C.S. and he agreed to play me in the movie, opening the movie with a humorous yet creepy autobiographical episode."

C.S. Lee rose to notoriety as a key supporting player in Dexter, whose only blind spot was not recognizing that his police colleague, Detective Dexter Morgan (Michael Hall) was, in fact, a self-righteous serial killer. Lee portrayed the role in a winning manner, displaying frequent bursts of insight, amidst his even more frequent naughty-talk about sex. (The murderous detective, who eventually "retired" from killing in an improbable wrap-up some years ago, will be returning to television this fall.) As for C.S. Lee himself, he has remained busy, appearing in a variety of films and television shows over the past decade.

Veronica Cartwright is attached to star in How to Talk With Spirits as real-life psychic June Ahearn, alongside Julia Nickson, who is set to play Yuko Tanaka, June's client. Michael Copon, Jennifer Field are also attached to play supporting roles. In the film, June Ahearn is enlisted to help the San Francisco Police Department solve the murder of her client's daughter, whose ghost relentlessly haunts her.

The project has been selected to participate in the market at NAFF (Network of Asian Fantastic Filmmakers), part of the Bucheon Fantastic International Film Festival, which kicks off today (July 8) and runs through July 13. Produced by Quentin Lee and Stanley Yung, How to Talk With Spirits is scheduled to go into production in the fall.

Do you feel this content is inappropriate or infringes upon your rights? Click here to report it, or see our DMCA policy.
CS LeeJulia NicksonJune AhernQuentin LeeUSVeronica Cartwright

More about How to Talk With Spirits