Trailer: Gonzo Takashi Miike Is Back With THE GREAT YOKAI WAR: GUARDIANS! 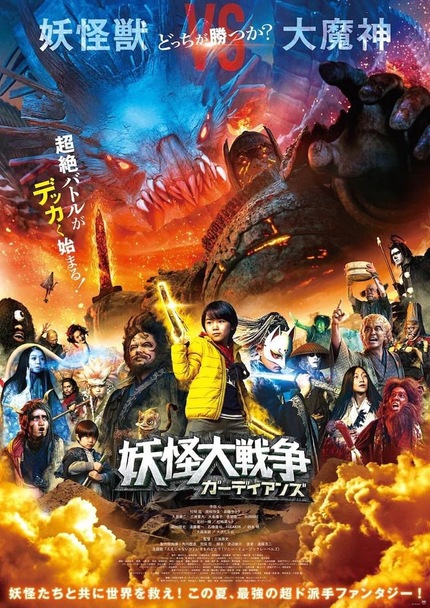 It's been a while since we've seen the crazy side of legendary Japanese director, Takashi Miike. While he has slowed down his absurdly prolific pace a bit over the last decade, it's always nice to see a bit of the older wild man peek through the more staid Yakuza and period pieces.

Back in 2005, Miike released The Great Yokai War, a children's fantasy adventure based on Japanese folklore. The film was a pretty big hit with international genre film audiences which, at the time, had a ravenous hunger for all things zany and east Asian. Now, fifteen years later, The Great Yokai War: Guardians brings back some of our favorite yokai monsters, and Daimajin?

Yes! The world is in trouble and only a little boy, Watanabe Kei (Terada Kokoro), his wild menagerie of cute and crazy Yokai buddies, and the legendary Daimajin can stop it.

The Great Yokai War: Guardians is scheduled to hit cinema screens in Japan on August 13th, check out the new trailer below