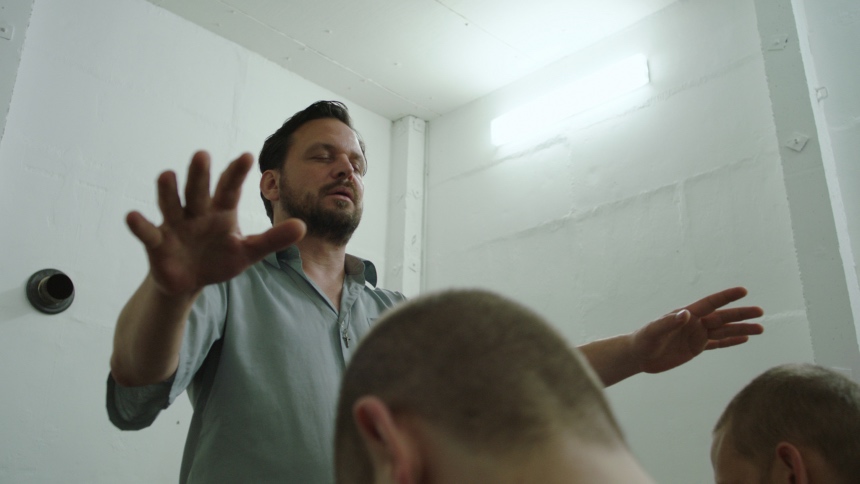 The latest film by the writing-directing duo of David Vajda and Sasa Vajda wields a provocative title, Jesus Egon Christus. The entire film takes place inside a support group doubling as a makeshift asylum and parish to former addicts and people with mental health problems.

The Vajda brothers, who wrote, directed, and edited the film (with David Vajda handling the producing duties), explained in an interview that they spent a great deal of time researching methadone clinics, needle exchanges, and streets in Berlin-Neukölln, where, as they say, "drug addiction and mental health issues are ubiquitous". The filmmaking brothers took those stories, and even cast people from these communities, and transformed them into a raw field trip through the microcosm hidden from  mainstream society.

The titular character Egon is suffering from chronic psychosis, and finds refuge at a rundown farm on the fringes of Berlin. Strict daily working routines and sermons create the basic formula to lead broken and suffering people from a dark space. Egon struggles to adjust to the "programme" and becomes an outcast among outcasts.

The film's free structure consists of intimate observation of the protagonist throughout his daily routine. His non-conformity provokes the community leader, a self-proclaimed priest, who wields humiliation as a pedagogical tool when Egon rebels or acts out too much. The camera hovers at arm's length from Egon, who is being sucked inside a downward spiral of even greater psychosis as a result of wrong treatment. 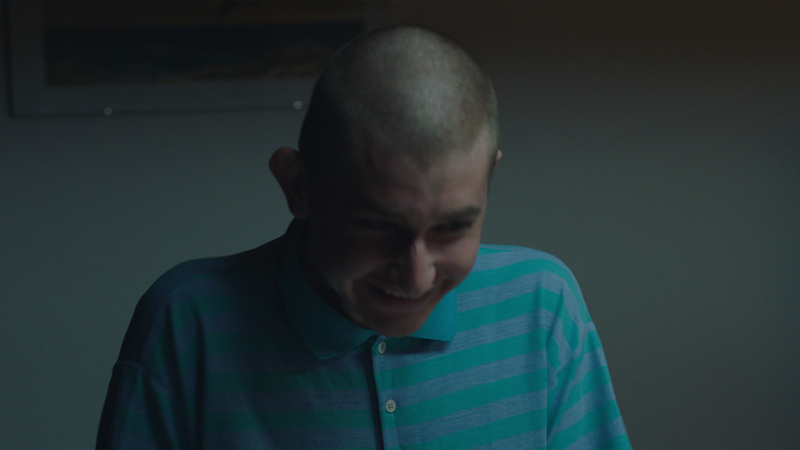 The strange closeness turns the film into an otherworldly, immersive experience. The DoP Antonia Lange's unflinching gaze strips bare the environment where a group of people entrust their wellbeing into the hands of an amateur therapist whose main (and only) cure is the Bible. However, in a highly unstable environment, only Egon seems to become unhinged and unresponsive to the teachings of a Christian messiah.

At one moment, the situation appears to take a better direction for Egon as he claims God's son is now talking to him directly. And he ordains him to not take a shower. The seriocomic turn applies more pressure on Egon, augmenting his distress and disconnection from reality.

The first third of the film has the veneer of a bona fide documentary. The illusion gets torn down by a handful of non-diegetic inserts carrying a miniature portrait of other residents (all narrated by Egon). The second half of the film features editing that juxtaposes observed scenes with obviously staged moments. The sibling team of directors acknowledged the nature of the film being a docu-fiction ("fictiondocu" in their exact words), describing their method as "documentarizing fiction".

Non-professional actors, who play fictionalized versions of themselves, have been cast and improvisation has been also a working method. A large chunk of the film is pulled from the unsettling performance of Paul Arámbula in the leading role as Egon. 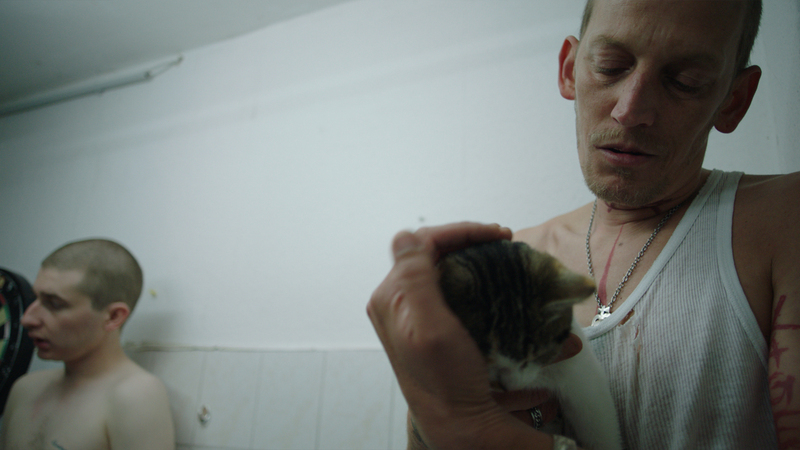 American musician Arámbula had no prior acting experience and, even more surprisingly, he does not speak German. The directors explained that his musician's ears allowed him to learn and perform the lines without understanding them. Arámbula mastered verbal ticks, a manner of speech likened to Dadaist poetry, as a tool to elicit compassion and to verbalize inner monologue. Furthermore, they serve as a device to tune into the character, who gets progressively alienated from the majority society, drifting with no salvation in sight.

While Jesus Egon Christus offers a portrait of mental illness possessing the rawness of Ulrich Seidl's films, and partly his aesthetics, the convergence of mental illness and religion creates a distressing parable for current times. With capitalism likened to schizophrenia and the Church's serving simple answers to complex questions, the microcosm of the would-be asylum mirrors the unstable environment of the outer world where simple answers to complex questions fuel radicalization and social disintegration.