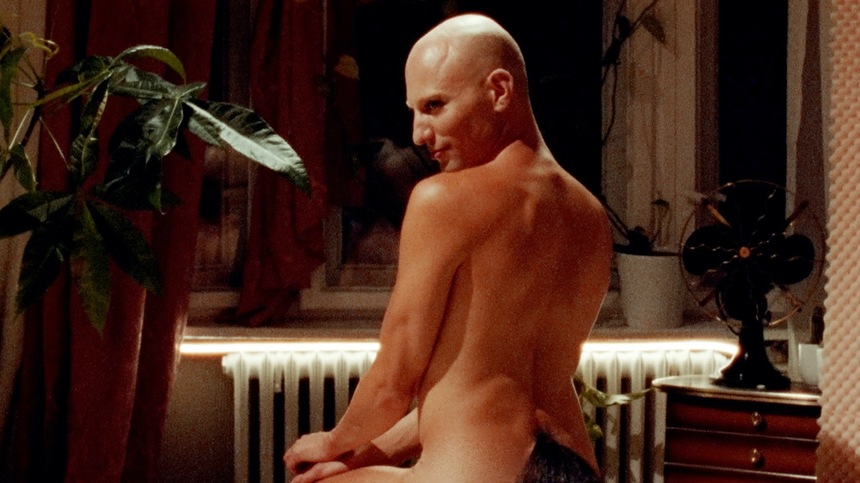 The Moogai (Jon Bell, Australia): Sarah and Jacob have just had their first child, and in these first few days, Sarah is convinced an evil spirit is going to steal their child. The short uses slow-burn terror to great effect, with commentary both on postpartum psychosis, and Australia's history of taking Aboriginal children from their parents. The last shot is terrifying and heartbreaking.

Neurim (Shaylee Atary, Israel): A young woman in a wheelchair finds the touch of her physical therapist excites her in ways that are not part of his job, but perhaps that feeling is mutual, and what they both need. A contemplative study on the joy and necessity of human touch and the reality of sexual desire in the handicapped, it's anchored by excellent performances and a wry, humourous, and delicate look at a sensitive and sensual topic.

Night Bus (Joe Chan, Taiwan): As an disparate group of passengers take the last bus into a dark and stormy night, a stolen necklace and a dead monkey are dark omensl; they should have waited until morning to travel. It's a jam-packed twenty minutes of mystery and dark secrets revealed, almost a whole thriller at lightning speed. 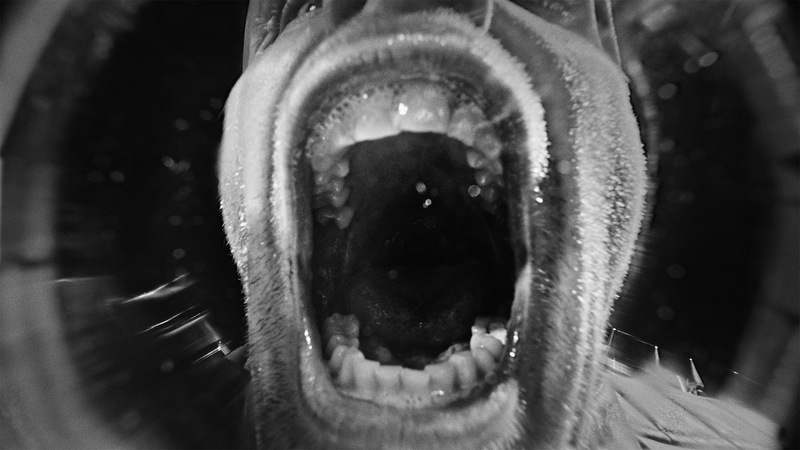 Night of the Living Dicks (Ilja Rautsi, Finland/Denmark): Venla is trapped in a nightmare: after advocating against the scourge of unsolicited dick pics, she finds a pair of glasses that reveals the men who are truly dicks, which really is most of them. It's a surreal black-and-white surreal nightmare as Venla doesn't know who to trust, with some excellent practical effects (ie dickheads), that takes a slant but effective approach to the scourge of toxic masculinity.

The Other Morgan (Alison Rich, USA): Morgan may have an ordinary life, but she's happy; until she finds out her father had another family, and another daughter, also named Morgan, who seems to have a perfect life. A hilarious look at what life could have been if you, and your parents, had made other choices; terrific actors anchor a smart and fun film.

Our Bed is Green (Maggie Brennan, USA): Cecily is in love; but since she can't tell the object of her affection about her feelings, she plays out romantic scenarios in Realm, a virtual reality room. Is this a reasonable substitute for real life? Is it only allowing someone to live an unreachable fantasy instead of living their own life? We have brief moments to ponder how much we can live online and the consequences of our virtual actions.

Our Mine (Shayna Strype, USA): A mountain reflect on the use and abuse of its resources. A terrific pseudo-animation, in which the director uses her own body parts as puppets and her voice a poem to tell an ecological fable. Arts and crafts on a serious and entertaining level.

Passage (Ann Oren, Germany): For those who ever wonder what a foley artist is and what they do, here is a look at one, who specializes in recreating horse sounds. But they and the horse slowly become one. A strange yet riveting tale that haunts as it disturbs, but is entirely beautiful and enchanting, and will make you listen very closely. 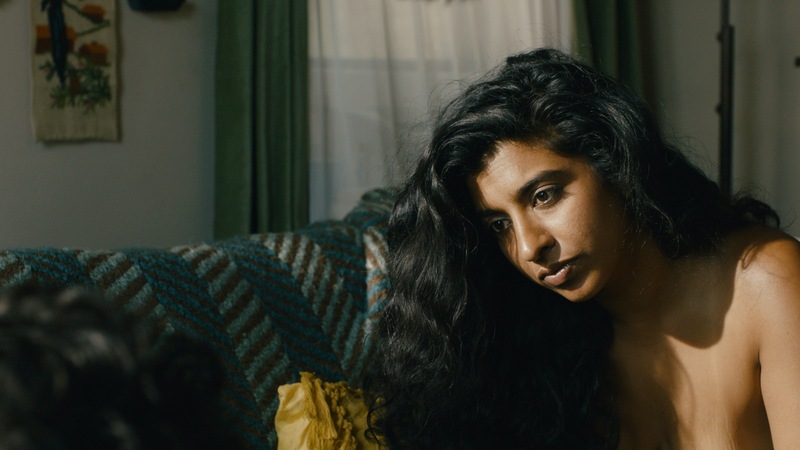 A Period Piece (Shuchi Talati, USA/France): Geetha and Vehd are finally having sex for the first time; but Geetha is on her period, and when things get too messy for her taste, the explosion will be more than just physical. A terrific look at the logistics sex and messy human bodies, the emotional results of passionate moments gone wrong,

Please Hold (KD Dávila, USA): A young man is arrested for a crime, but he doesn't know what, because the fully automated system cuts out the human factor. It's a comic and sobering look at the harsh realities of a prison system that centers on racism and profit, leaving inmates with few choices and a future destroyed.

Progressive Touch (Michael Portnoy, Austria/The Netherlands): Dance and sex have always had an intimate connection - but what if the music is a bit uncoventional? Part dance, part mating ritual, skirting the edges of pornography, this short asks if a steady beat is necessary, and how we can tailor sexual acts to the proverbial beat of a harsher, brassier, or less steady drummer.

Salidas (Michael Fetter Nathansky, Germany): Giralda's job is to take human beings from their death into the afterlife, which she does with passionate song and dance. Set in an enormous old factory, this is a wonderful interpretation of this corridor of the afterlife, as if the deceased's final song is heard and felt, carrying them to their next existence.

Spotted Yellow (Baran Sarmad, Iran): A young girl with a yellow spot on her face feels isolated from her classmates; but soon, she feels kinship with a giraffe. While an understated tone can be effective, going too far with it means this short lacks an emotional connection and resonance for its story to be effective.

Them (Sunitha Sangaré, Switzerland): A father is on the run, trying to keep his daughter safe from strange creatures. But perhaps its not the creatures she should be afraid of. A beautiful animation of the tribulations of childhood and parenthood, how you can't stop your children from growing up, and how you can love them as they are from afar.

Yoruga (Federico Torrado Tobón, USA/Colombia): An elderly man spends his precious funds to visit one of the world's last animals. A bittersweet look at our relationship with animals, the intimate contact we need with the natural world, and what awaits us if we don't protect it.

ZONA (Masami Kawai, USA): In a future, drought-plagued Los Angeles, an eldery immigrant goes in search of water for her handicapped neighbour. From deserted temples to dripping air conditioners, she manages to be clever while witnessing what lack of this essential does to the fabric of society. A stark and all-too-possible tale.